The scent of a different perfume turned all the men’s heads towards the door. Several of their hearts palpitated.

The woman who was new in town was not surprised by the reception. These were, after all, men in a bar, and small-town mining men at that.

There was a vacant seat at the main table in the room, the seat the woman had reserved earlier in the week, and when she sat down the three men at the table went silent. One of them choked while drawing on his cigar. Coughing and sputtering, his face turned beet red.

The woman didn’t make eye contact with any of the men. She placed her purse on the table, sat down and pulled her chair in.

“We weren’t…cough, cough.. expecting…cough, cough… a broad to join us,” said the man holding his cigar.

“You’ll have to excuse him, Ma’am,” said one of the other men who was wearing a frayed and soiled ballcap titled back off his forehead. “Old Karl here doesn’t get out much.”

“No apologies necessary,” the woman replied. “I’m just here to play. I’ll earn my respect.” She reached her hand inside the velvet bag that lay on the table and pulled out seven wooden tiles. “Interesting,” she said.

She passed the bag to her right.

Karl, still choking, reached for the bag and plunged his hand inside. He withdrew his seven tiles and stared at them.

“What the frig!” he groaned. 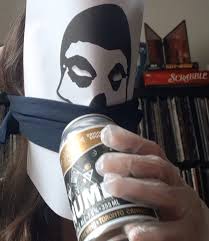 “Come on Karl,” said the man in the ballcap. “Clean up your act. We’re not down in the mine shaft right now surrounded by all the grunts.” He turned to the woman, “My name is Jaxxon.”

“As in Michael?” asked the woman.

“Hell no,” snickered the third man. His voice was high-pitched voice. “This dude here spells his name with a double ‘X’. I don’t believe him for a second still waiting to see his birth certificate for proof.”

“It’s all true,” smiled Jaxxon leaning back in his chair. “All true. And your name Ma’am?”

“Queznel,” she replied while placing her tiles on her wooden rack.

“As in British Columbia?” asked Jaxxson.

“And I’ll bet she spells her name with a Z,” the third man squeaked. “There isn’t a down-to-earth truthful person left in this town when a damn scrabble tournament is going down.”

Jaxxon stared at him.

Jaxxon pulled a wallet from his jacket, took out twenty-five dollars and tossed the bills into the brass pot on the table.

“Ante up, Gents and Ma’am. Winner takes all.”

Petey peeled three bills from his hand as if the were glued to his palm. “Ah the wife would kill me if she knew.” He shook his head. “Grocery money.”

Karl balanced his cigar on the side of the brass pot to dig his ante out of his pocket. “Damn wives,” he muttered. “My money here was all pegged for alimony. I’ll be screwed if I lose it all today.”

Jaxxon had earned the right to start the game. He placed three tiles on the game board.

“CAT,” he said, leaning back smiling like a Cheshire feline. “Five points. Just like that.” He snapped his fingers.

It was Karl’s turn next. He reached across the board with two tiles in his hand. His shirt sleeve caught the corner of the board sending the cat scrambling.

“You do that all the time,” squeaky Petey snorted.

Jaxxon reached and resettled his cat and Karl placed only two tiles, ‘I’ and ‘T’ on the board cozying up with Jaxxson’s CAT. 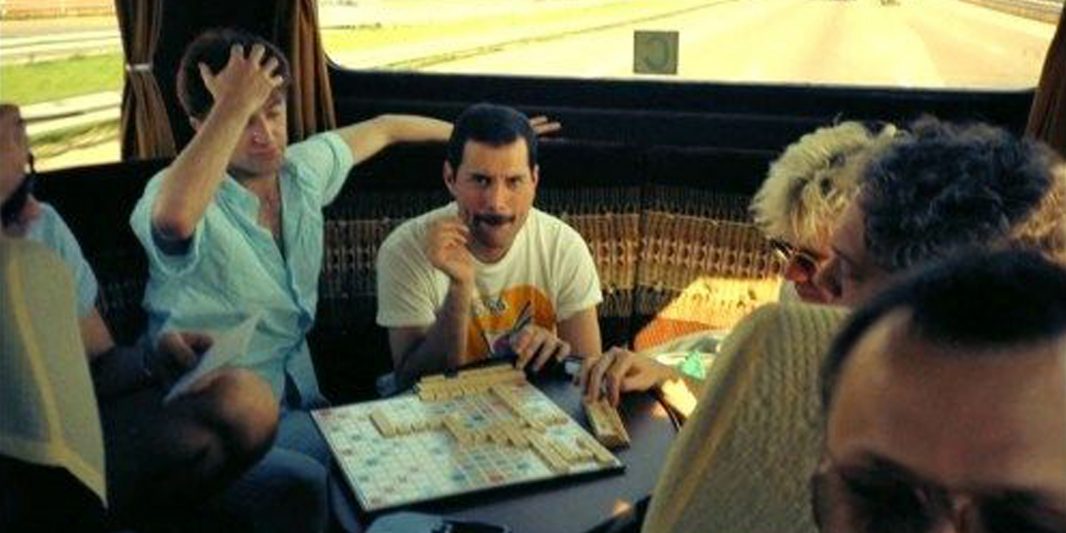 “No need to question it, Ma’am,” Jaxxon said. “He does it every game. We’ve checked Scrabble Dictionary. The word works. Give the man three points.”

This was going to be a breeze, thought Queznel. These bumpkins don’t know what they are in for. She chose to start easy and used four tiles to spell out TIGHT, using one of Karl’s ‘T’s.

Jaxxon took a moment to tally Queznel’s score on his fingers. “Um, seven,” he called out and wrote the number on the score pad.

It was actually a score of nine but Queznel chose to let it go. She reached into the bag to replace her four tiles. The men had forgotten to do the same after their turns. Of the four tiles, she pulled out a blank and a ‘J’.

Petey picked up just one tile from his stash, moved it across the board and placed an ‘O’ tile up against Queznel’s TIGHT.

“Read it and weep folks. GO,” he cackled. “Score me three big ones. This is great fun.”

It took awhile for the board to fill up and as it did, Queznel could sense Jaxxon was starting to flirt with her.

Jaxxon beamed with pride when he found a spot to place LOVER on the board. “There,” he said, “That covers a double word score space and gives me, um,” he hesitated, “um, fourteen points.” He slapped his hand on the table.

“Actually,” Queznel said, “I think that totals sixteen points. See? One and one is two, plus four is six, plus two more is eight, times your double word score is sixteen.”

Jaxxon blushed while scratching his chin. His face was still flushed when Queznel placed two tiles, one of them a blank, on the board and quickly shattered Jaxxon’s hope at love. She joined her tiles up against Jaxxon’s ‘E’.

“I don’t get it,” said Karl. “What the hell letter does your blank tile stand for?”

“X”, replied Queznel. “I struck this LOVER with an AXE. See?”

The game continued round and round the table. Karl had to pass twice. He could not create another TIT or even a PISS out of his seven tiles.

Jaxxon smiled confidently when taking his next turn. He reached across with his tiles and laid out his H-E-A-R-T on the board. He looked at Queznel and winked.

“How many points do you suppose that is Ma’am?” he asked.

“Good one,” said Queznel. “You’ve got eight points there.” Without hesitating, she reached over and drove a high-definition JPEG right through Jaxxson’s heart. Not only did it pierce his hopes but her word also ran through a triple word score.

Queznel shrugged her shoulders and nodded.

“Actually, I don’t believe there is an ‘E’ in JPG,” said Jaxxon.

“Check it out,” said Queznel.

“That sucks,” muttered Karl. “You got at least fifty points with that one. Who’s got enough fingers to total that up?” He tossed his remaining tiles across the board. “I quit.”

And with that action, all of the men conceded the game. Queznel’s score was insurmountable.

Queznel pushed her chair back and stood up. She left the one-hundred-dollar jackpot on the table. She was aware these guys were far more in need than her.

“Nice meeting you Gentlemen.” She smiled and reached for her purse. “I imagine I’ll be seeing you again.” She turned and headed towards the exit. The aroma of her essential oil body wash followed her.

Jaxxon scrambled out of his chair to look out the window. He watched Queznel climb into their mine company’s chauffeured limousine and drive away. 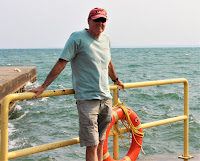 Glen Benison is a veteran of Brian’s creative writing classes, where he's learned how to improve his delivery. He is a writer of short stories, free verse poetry and one-act stage plays. “Scrabbling” won second prize in a contest put on by Deadline for Writers, in South Africa.