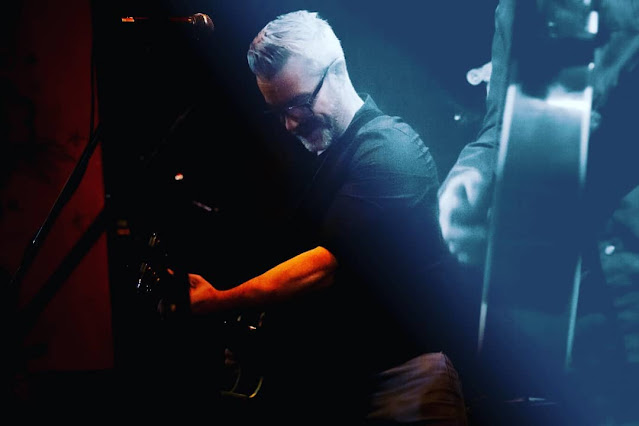 It’s been eleven months since the first COVID-19 lockdown in Toronto. When it started, I was worried about all kinds of things but not about staying home. I thought a couple of weeks at home would be great. My husband and I are middle-aged and we’re tired a lot of the time. Before COVID, we would often come home at the end of the week and be glad that we had no plans.

But every third Friday of the month we would go to see our favourite band. Actually, Freeman Dre and the Kitchen Party are our only band. We don’t see anyone else.

I feel a little thrill getting into the car to drive downtown at a time when I would normally be thinking about going to bed. A hundred years ago the Cameron House was a hotel but now it’s a bar. If there are acts on in both front and back rooms, the man on the door, Patrick, would ask who we were there to see. He was just keeping track of how many people were in each room but when we’d say Freeman Dre and he’d nod us in, I felt as if we had given the right password. 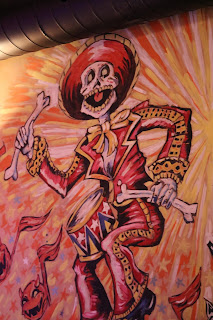 There is no cover charge and no dress code. Someone has painted dancing skeletons in sombreros on the walls and there is a low stage with a backdrop of worn red velvet. There are one or two servers but they’re usually making their way through with towering piles of dirty glasses so most people order from the bar. There’s an odd mix there, young, old, stylish, not so much, groups of friends, dating couples, solitary fans, so it’s easy to feel we fit in.

More often than not, our friend Bob would already be there, hopefully saving us seats. He and my husband have known each other since grade six. He’s become quite involved with the band and, like many of the regulars, might step over to greet them as they come in and set up.

Freeman Dre, people call him Dre, short for Andre, is the lead singer and writes all the songs. Lonny, or Lon Tron Silver, is the guitarist. He’s buff and put together and a really amazing musician. Those two are the heart of the band but I love them all. I mourn the loss of their drummer, Neil. I heard he went to Germany to live with his girlfriend. Derek is great on the drums but it’s not the same.

I would call their music folk rock but I don’t know if that’s a helpful descriptor. Some love songs, some drinking songs, some songs about what it’s like to be alive. 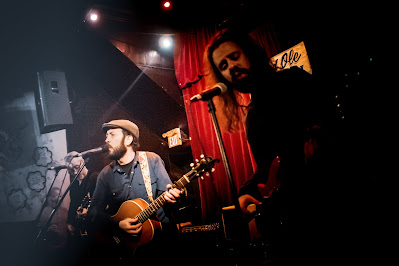 Of course, I could listen to it at home. I have their CDs and the newer songs are on YouTube but it’s not the same. I’m surprised by how mellow and slow even videos of their live performances seem compared to what it’s like when you’re right there. There’s so much energy. Some people dance, reflecting the music back as it’s being played. The familiar strain of a good song grabs me by the forearm and pulls me into its heart.

As the night goes on, everything gets looser. The musicians riff, taking the music encased in the skin of a song and stretching it and bending it and throwing it up in the air. And it’s so loud. I know by the time we go back to the car my ears will be ringing. 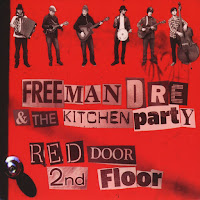 Once in a while, if everything is just right, the music takes me to a different place. I don’t know what happens but I come back at the end of a song happy and relaxed. As my familiar burdens gently fall back on my shoulders, they feel lighter. It’s a random fragment, something outside the narrative. The kind of thing you don’t find on Netflix or get over ZOOM. It’s the kind of thing that happens when you can go out of your house and actually experience something.

But I don’t go to the Cameron to have private internal journeys. I go to the Cameron to hear the music I love in a dark beery room full of people I don’t know. I go for the fleeting alchemy of this song on this night with these people. When I think of it now I realize that the six foot radius around me was packed. We were touching the same surfaces and obliviously inhaling each other’s respiratory droplets for hours. I might as well have been kissing half the bar. It’s no wonder I miss them.

God, I’m tired of being in lockdown. 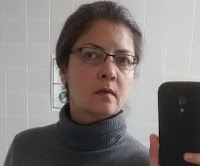 Anna Jaikaran lives in Toronto and works in a chemistry research lab. She is taking the opportunity provided by the COVID lockdown to explore creative writing.