Interview with Hart Snider, author of The Basketball Game

The Basketball Game is a fun and inspiring short film and graphic novel, but comes out of a dark story in Canadian history. For more than a decade, until 1982, Jim Keegstra taught children in Eckville, Alberta, that Jews are treacherous, subversive, sadistic, money-loving, power-hungry child killers, that Jews are behind a worldwide conspiracy to destroy Christianity, to create depressions, anarchy, wars, and revolutions.  And that the Holocaust was just a Jewish hoax.

Keegstra was eventually fired, stripped of his teaching licence, and convicted in the courts of willfully promoting hatred.

But what to do about his students who’d been taught that Jews are the devil?

The Basketball Game tells the story of a brilliant idea that the Edmonton Jewish community and the local school board came up with – invite students from Eckville High to the B’nai Brith summer camp in Pine Lake, Alberta, to actually meet some Jews.

Originally, a short animated film for the National Film Board and now a graphic novel geared to children 12 and older, The Basketball Game is Hart Snider’s memoir of that memorable day, back when he was a nine-year-old kid and these other kids who’d been taught Jews have horns came to play basketball.

I interviewed Hart Snider for The J [The interview has been tidied for brevity and clarity]: 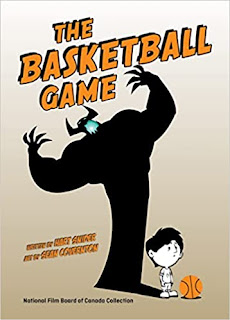 Brian Henry: Welcome to The J. Glad to meet you online. [I hold up The Basketball Game.]

Hart Snider: Oh, cool – you have the book!

Brian: The Basketball Game was first a short film for the National Film Board back in 2011.

Brian: What led you to make the film?

Hart: It grew out of me telling the story ever since it happened back in 1983. A workshop at the National Film Board led to this five-minute version of the story. Through animation I was able to show what happened and how I felt about what happened.

Brian: So you were nine back then. To clarify, these students from Eckville, they were a lot older than you?

Hart: Yeah, Jim Keegstra taught grade nine and grade twelve social studies. It was a junior high and high school, so that was grade seven to grade twelve. There was definitely an age difference, and I tried to get that across in the film and the book. The kid having a mustache was something I both remembered and a signifier of the age difference.

Brian: How did you decide to turn the film into a book?

Hart: From the very beginning I’ve loved graphic novels and comic books, so the part of the story when you see me at camp reading this Super Mensch comic – that was me. From nine up to now, I’m still reading comics and graphic novels. The idea of doing it as a book was always sort of there. And there was a treatment of the imagery in the film so that it had an old-used-book texture on top of all the frames, because I felt it was like some story that got left behind in a cabin, and all these years later it’s being discovered.

The NFB collaborates with Firefly Books to turn some of their animated films into books. I proposed doing my film as a graphic novel incorporating the original art from the film, but getting to fill out the story, because in graphic novel format I could add more context – a map, a glossary. It’s got some thought-provoking questions at the end, and I was hoping, just as the film has been, the book could be a resource to teachers in schools and to parents. 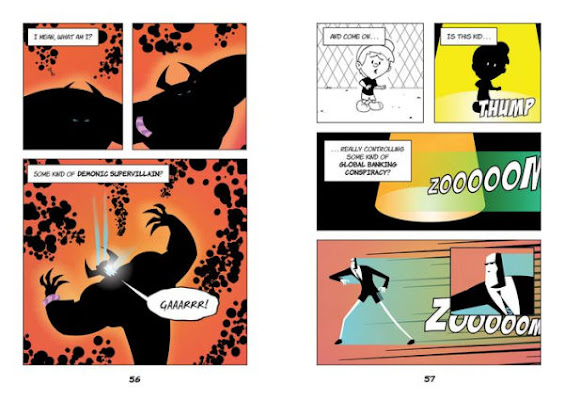 Brian: I notice the questions at the end were done by two other people {Benje Bondar and Anna-Mae Wiesenthal}.

Hart: Yes, two teachers. [The Discussion Questions] were based off the questions they had talked about in class after showing the film. Benje, I actually know from going to camp BB.

Brian: I was looking at the Glossary and thinking, Wow, define Holocaust Denial in 30 words or less in a way that’s helpful to a 12-year-old.

Hart: Yeah, it’s a challenge. And twelve years old is the age that Holocaust education does start so that’s why we have 12 and up as a guide.

Brian: In the ten years between the film and the book, did you rethink things?

Hart: I think the world changed on me. When I was making the film, I was looking back on something I remembered, and I was learning things about what Keegstra had taught in his class, things I’d never heard of before. And I feel now ten years later, I’m seeing some of those things in the news or talked about online and in social media and I’m realizing just like in 1983 when the community had this response to it, that it’s something now that parents and kids and teachers need to talk about, because it’d be nice if they’d heard of it before they might see some of these ideas. 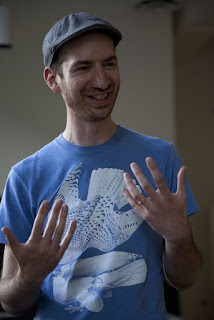 Brian: When you say, “I’m seeing some of those things,” what things?

Hart: Conspiracy theories, which was at the heart of what Keegstra was teaching. I think they’re repeated online now in a way Keegstra couldn’t have imagined. I’m hoping the story of what happened back then can be a positive way to talk about some of these antisemitic ideas.

Brian: I remember the Keegstra affair well, but I never heard this story of the kids coming to Camp BB before now.

Hart: Well, no. In the Red Deer Advocate article at the back [of the book], the Principal of Eckville High is saying we agreed to keep this out of the press. So it was intentional. The CBC was there making a documentary, and the New York Times. But this part of the story was not talked about.

Brian: You’ve got 31 editing credits listed on IMDB {International Movie Data Base} and three writing credits and numerous other film credits, but this is your first book. What was that like?

Hart: I did end up finding similarities. [In both the film and the book] it’s how do these words and these pictures fit together? Both are driven by creating a sense of empathy in the viewer. They’re a way to tell personal stories, real stories. Both my films The Basketball Player and Shop Class are autobiographical, and I was very influenced to make them based on some of the graphic memoirs I’ve read. Maus had a huge impact on me, and the writers Harvey Pekar, Gene Luen Yang – there are all these brilliant graphic memoirs that I love reading, and it’s exciting that I finally got to adapt one of my films into one.

Brian: What do you like most about the book?

Brian: Or what’s one thing you like a lot?

Hart: It’s definitely the art. Seeing Sean’s art in a book format, because it’s so great. I spent a few months back in 2011 working with him and it turned into this film and then I spent years adapting the film into this book – it happened over four years. And I was carefully thinking: This frame or this frame – which really best does it? I appreciated his art so much that to see it in book form and get to hold it and to look closely at the drawings, it’s endlessly thrilling to me. 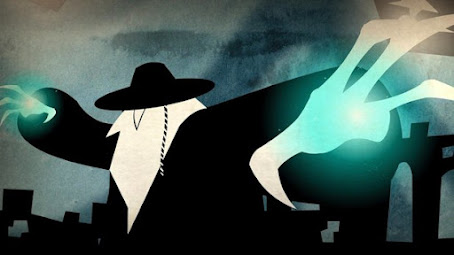 It’s been really fun sharing it with friends and family, as the book has just come out – this is a few days after the release – and getting to talk to people who were there [at Camp BB] or who I’ve included in some way in the book. It’s been a thrilling few days.

I’m also starting to hear from people who love graphic novels. A high school teacher from Alberta reached out to me and said, “This will be a mainstay in my social studies class.” That was probably the best thing I’ve heard so far.

Brian: I read a lot of books – it’s kind of my job – and this one works really well. The big turning point in the book when the other kid says, “Hey, nice shot” …

Hart: Yeah, it gets me. Even though I know it’s there. I read it and I feel emotional every single time. And it’s what I remember about the game: being really scared at the start and then this easing of everything where it became the other team just being other kids playing basketball with us. 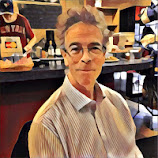 Brian Henry is a writer, editor, creative writing instructor, and publisher of the Quick Brown Fox blog. He was a book reviewer for Books in Canada and The Toronto Star and has written opinion pieces for the National Post and the Toronto Star. He was also a regular contributor to the (now defunct) Jewish Tribune and the Engage and Harry’s Place websites in the UK.

This interview was previously published on TheJ.ca.