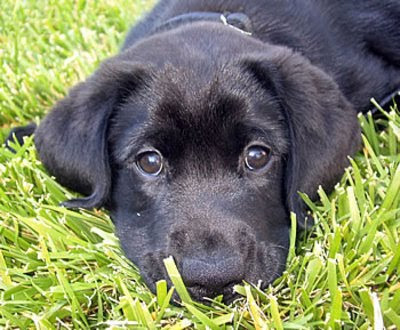 I’ve tried throwing my tennis ball
I’ve tried tossing a stick
He sits, he stays, he shakes a paw
But he just won’t do this trick
Oh, he chases after it all right
And he pounces in attack
He even puts it in his mouth
But he won’t bring the darn thing back
With wagging tail he looks at me
And tilts his head as doggies do
He’s trying hard to understand
But this game is still too new
“Come,” I say to encourage him
“Bring it back,” I say to Ralph
But he just sits and shakes his head
He’d rather keep it for himself! 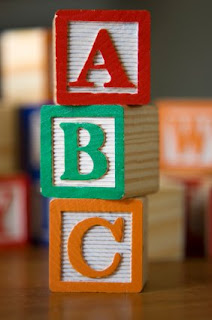 Baby plays with alphabet blocks
Those old wooden with As, Bs, and Ds
That are stacked on some Is, Ts, and Es
And L, M, N, Os
And P, Q, R, S-es
And W, Vs
And Z, Ys and X-es
Oh I know there’s a few I forgot
And a few out of order as well
But who really cares and who’s going to tell
The baby who can’t even spell 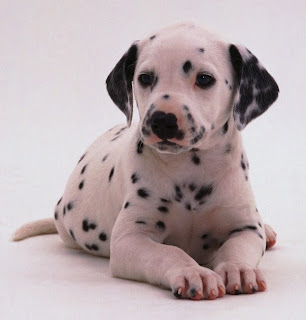 Polka Dot Puppy
My polka dot puppy
Is as cute as he can be
I think he’s pretty special
And I know that he loves me
How could we go wrong
With a name like Dot or Spot?
He would come on our command
(Some dogs are smart and some are not)
But the truth is if he runs away
We’ll all be very sad
He won’t know that we’re calling HIM
Because my sister named him ‘Plaid’

I have three bright colours
Yellow, Red and Blue
And I have a pretty smock
And lots of paper too.

‘Cause she has things to do.
I guess I’ll entertain myself
By trying something new. 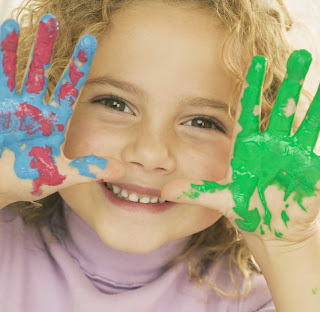 It didn’t come with brushes
You just stick your hands right in.
I rolled up my shirt sleeves first
So there’s nothing there but skin
The red was kind of bright
So I mixed it with some blue
And now my painted picture
Has some purple in it too.
When I spilled a little yellow
It turned my blue to green
And yellow mixed with red
Is as orange as I have seen.
My fingers slide across the page
Making lines and squiggles.
I love the slimy way it feels
It’s giving me the giggles.
And because I kept on giggling
And having so much fun
I lost my concentration
And now look what I’ve done.

My fingers kept on sliding
Moving fast and free
And now the kitchen tablecloth
Is artwork done by me. 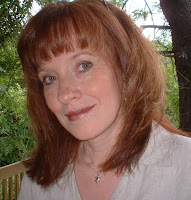 Kim McDonald lives in Brampton, Ontario, with her husband, two children and loveable but stubborn Boxer Lab. A career banker, she will soon be celebrating her 20th anniversary in the Financial Industry. Inspired as a child by the poems of Shel Silverstein, she is rediscovering her love of poetry and the lighter side of life.


Note: For information about all of Brian Henry's writing workshops and creative writing courses, see here.
Posted by Brian Henry at 5:05 PM