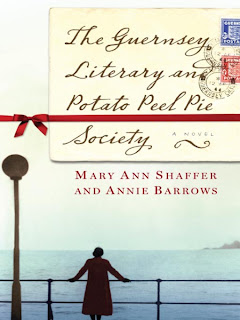 I loved this book and highly recommend it, though I would caution that it is hard to put down and will likely cause sleep deprivation. The book is written as a series of letters, notes and telegrams to and from the various characters in the story, and through their observations the reader is treated to a summary of life in the Channel Islands at the time of their occupation during World War II.

The central character in the story is Juliet a journalist in search of an idea for her next book. We are privy to her thoughts and experiences from the war via her letters to her publisher, Sidney, and to her best friend, Sophie.

The inciting incident of the book begins with a letter from Dawsey Adams, a gentleman who lives on the island of Guernsey, who found her name inside a secondhand book. Through the exchange of their letters, their questions and answers move the reader into an account of island life during the occupation. Both Juliet and the reader build up a picture of Elizabeth, an English woman stranded on the island at the outbreak of war.

Other islanders send letters to Juliet in which they relate anecdotes of their own dealings with Elisabeth and the German occupiers. Negative and vitriolic comments about Elisabeth from one islander are balanced by more positive or truthful accounts from other people. In this way we build up a picture of her character and develop an understanding of her contribution to the survival of the island community during the war.

Juliet realizes she has found a story that might make an interesting new book. She gains the trust of the islanders by way of her letters and by her personal visit and they open up to her. We, in turn, become privy to humorous and horrific incidents that were experienced by both sides during the war. Through acts of courage and compassion by both islanders and the Germans, we are able to see that there are no heroes and villains in war, only people trying to survive and retain their humanity.

The horrors of war and occupation can scar people but they can’t change who they are deep down. When we root for Elisabeth with her courage, intelligence, compassion and humanity, we are really rooting for ourselves and our hope that we’d conduct ourselves well in similar circumstances. 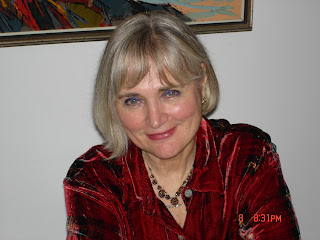 Maureen Kozak is an aspiring writer who lives in Oakville. She’s been developing her skills at Brian’ss Monday creative writing class. She may sometimes be found wandering the aisles of Fortino’s supermarket reading bean cans for literary content and muttering “thank god it’s Monday.”