Now that the film version has been nominated for an Oscar, Jonathan Safran Foer’s novel Extremely Loud and Incredibly Close is bound to get lots of attention. But I find his non-fiction book Eating Animals more compelling.

In his introduction, Foer recounts his grandmother’s experience during the last days of World War II when many were dying of starvation. A Russian farmer offered his grandmother a piece of meat.

“He saved your life,” Foer says.

“What, because it wasn’t kosher?”

“But not even to save your life?”

“If nothing matters, there’s nothing to save.”

Her response sets the tone for the book and the examination of the issue of what we choose to eat and more importantly what we choose not to eat, based on principle – a personal matter for Foer who was expecting the birth of his first child while writing this book and was trying to decide whether he would feed animals to his child.

It is with this in mind that Foer leads the reader to consider their own choices while he provides an education about the production of animals for consumption.

He delves into the farming of fish, the storing of poultry, the effects of these on the environment, and the argument for vegetarianism versus omnivorism. He approaches each of these topics as a reporter would, sometimes as a Gonzo reporter would – infiltrating a pig farm in the dead of night on a fact finding mission.

But he remains open to the possibility that animals may be processed in such a way that it is sustainable for the planet and acceptable to his own conscience. He travels the country, speaking to experts and visiting abattoirs and aquaculture fisheries to best examine and describe the meat and fish production processes.

Foer writes that he has dabbled with vegetarianism for years, always allowing his appetites to lead him back to eating animals. The best part of this book is his honesty about the fact that animals, when well prepared, taste good. He also cites the “forgetting” that we do in order to enjoy our food and disregard the sacrifice and the ugly truths of animal slaughter.

Not all vegetarians and vegans love the food they eat and hate the taste of meat. Indeed, vegetarians are often asked, if meat is so awful why do vegetarians eat food that is made to look and taste like meat?

The honest vegetarian may tell you, as this one will, that one’s craving for meat does not always dissipate. We can’t promise that we won’t crave meat or fish ever again. We won’t deny that it tastes good. We choose not to eat it despite our enduring cravings for it.

Foer allows for this in his chapter Words/Meaning. People may consider a vegetarian a sentimentalist for his choices, for his sympathy for the cruelty against animals and choice to not consume them.

But who is the sentimentalist in this scenario? When a meat-eater and a vegetarian go to a restaurant, both may be craving a hamburger. The vegetarian would like a burger but chooses not to have one, understanding the effects his choice has on animals, himself, and the environment. The meat-eater craves a burger, is a slave to his craving and has one despite any other considerations.

Anyone considering vegetarianism will find Eating Animals helpful. But it is so much more. It is a statement about our humanity or lack thereof when it comes to our treatment of fellow beings and our planet.

It is a case study in consumerism and capitalism. It is a window into the industry of animal slaughter – a window rarely open to the general public. It is one person’s personal journey that is reflective of our own in many ways.

Foer aims to understand the consequences of his choices and in doing so uncovers all aspects of the arguments for and against eating animals. He leaves it to the reader to use the knowledge gained to form their own opinion about factory farming, animal welfare, and environmental efficacy. In the end, whether Foer chooses to feed his child animals is something for you to discover when you read this important book. 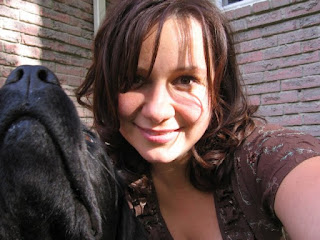 Sandra Lucas was shy about sharing her writing until she participated in Brian Henry’s Exploring Creative Writing course. She enjoys writing fiction and non-fiction. Sandra has a background in landscape design and horticulture and is currently studying holistic nutrition. Through her work and her writing, she aims to cultivate interest in others in the areas of organic gardening and whole food, plant based cooking. Visit her blog here.