Excerpt from “Love and Terror” by Joanne Yordanou 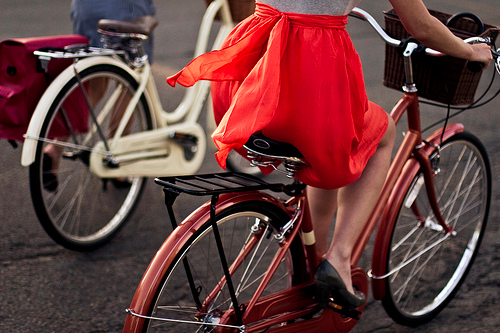 No one could miss it. Her cherry red bike stood out like a beauty pageant winner from the run-of-the-mill Schwinn, Raleigh and Specialized brands beside it on the rack. He sat against the wall and waited for her, his insides beginning to feel more like a frenzied gaggle of geese than butterflies. Then he saw her. She had a small red bow in her hair today and plaid long shorts with kitten heels on her tiny feet. It was as though she walked back-lit, standing aglow from the dull surroundings of the college. She didn’t see him until she was right beside her bike. When she looked over, he couldn’t move, frozen.

“Hey, you! Watcha sitting over there for?” she asked, in her Irish lilt.

He jerked to remember he was still sitting on the cold concrete. Looking either side of him, he grabbed his backpack and walked towards her. With each step, his legs got heavier as though wading through water. She was beautiful. He noticed how her tee shirt stretched over her breasts; the band’s printed logo distorted across them and he felt himself stir. He swiftly swung his bag in front of him, hugging it to his hips and quickly cleared his thoughts. 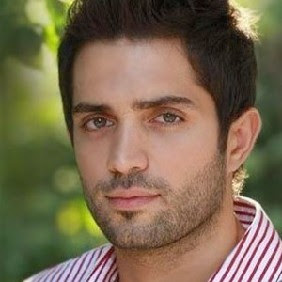 “Hi, Sarah. Hey, you wanna go see Lord of the Rings this week?”

“I’d rather see Harry Potter. Are you asking me on a date, Bassam?” she smiled and popped her gum.

“I, I...well, ya! Do you want to?” So far so good, he thought, rummaging around for more confidence.

She bent over her bike, pushing her chest out closer to him. He used all his strength not to fall backwards. “Why don’t we see both?” she suggested. “We can do Frodo on Friday and Hogwarts on Saturday? You got a car?”

“Then it’s not really a date, then. Is it?” she quipped, teasingly. The wind caught her, shoulder-length light brown hair and tossed it across her sticky lip-gloss, he imagined tasted like Dr Pepper.

Had he blown it already? Think!

“I’ll bus over to your place and we’ll go from there.”

“Good recovery, Bays.” She grabbed him by the collar and kissed him on the cheek, her lips slightly sticking to his skin. “I’d love too!” She bent down to unlock her bike. “I’ll call you with my address.”

He quickly pulled out a pen and paper from his backpack. “I’ll call you.” He said quickly, imagining his mother answering the phone. “What’s your number?” As he wrote down the last two digits, she peddled off.

“Bye, Lover!” She yelled back at him, laughing. He waved and realized a few students were watching them. The heat climbed up his neck and settled on his cheeks and then he saw Atiq, jogging towards him. The frown creased his red face. He was peeved with Atiq’s sudden appearance, dulling his golden mood.

“What is it? And where have you been?” He stuffed the paper into his jacket before Atiq saw it.

“Just listen! I need your Chemist’s brain.” He looked around him and lowered his voice. “If you were to cause a little explosion, say for a movie stunt, you’d use fertilizer and oil, right? So, what kind of oil works best and how much.” He waited. “Bassam!”

“Atiq! You disappear for two weeks and the first thing you want to know is how to build a bomb!?”

“Shhhhhh! Are you crazy? Keep it down!” He pulled Bassam away from the crowd. “Just tell me, all right?”

“No! It’s not all right! You’re crazy! What the hell are you doing?”

“I told ya. It’s for a movie we’re doing in class. I want to create a small explosion.”

“Well, first of all it’s illegal. You must need a special permit or something, even for a movie. You think that’s so bright for an Afghani to do right now? Atiq, are you nuts? Where have you been anyway?”

“Nowhere! I am bogged down with homework is all. What’s with you? Why the FBI? You don’t seem to be missing me; looks like you’ve got yourself a girlfriend. Do your folks know your dating an outsider?”

“She’s just a friend and no they don’t know. And it’s going to stay that way until I decide to tell them. You’re changing the subject.”

“Well, she’s gorgeous. I don’t blame you one bit. So help me out, Bassam. You see those guys over there with the camera?”

Bassam looked in the direction Atiq was nodding towards. He did see a group of guys with a camcorder. 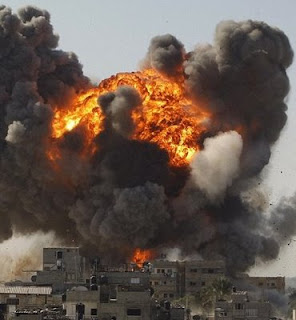 “Those are my classmates. See, there’s Dan," Atiq said. "We’re rehearsing the first scene right now. But we need a little poof! Not so big, and I don't have the foggiest. Please.”

“What makes you think I know? We don’t actually study bomb-making in class!”

“Well, look it up in one of your books!”

“For that matter, Atiq, why don’t you look it up yourself on the Web?”

“What, and have the Mounties breathing down my brown back. No thanks, man! Come on, I told them you were the expert.”

He began walking away. ““Look Atiq, I don’t know. You could probably research it at the library. I gotta go.”

Annoyed, he continued walking and didn’t look back. He felt Atiq’s eyes locked on his jacket but didn’t have the heart to show Atiq his face and see the disappointment he felt towards his friend. He thought about the cop and how he had been berated about his “buddy.” His anger had grown at their assumption that they were involved in terrorist activities because of their skin. But now, the world was upside down. Could Atiq be involved in something?

Hopping off at his transfer spot, he headed for the nearest phone booth.

Joanne Yordanou (rhymes with Book 'em Danno!) lives in Port Credit with hubby and 2 daughters. She has worked on a number of knitting books and magazines and published her own knitting book in 2008 with Random House division, Crown Publishing's Potter Craft. She enjoys writing newsletters, blogs (2 of them but mostly photos), journals and has been working on her novel, Love and Terror. She discovered Brian's classes through Quick Brown Fox and has enjoyed his guidance and suggestions, along with the camaraderie of the group. In March, she gave a reading of this excerpt from Love and Terror at CJs Café in Bronte.