The huge male cat sporting a fancy collar cuddled up beside the pretty female we had trapped. Her white and grey markings, her sweet face had worked its spell on Mr. Collar as it had on us. She sidled closer to the wire mesh of the cage, batting her eyes.

I yanked open the kitchen door, a sliding glass affair, and away he slunk, with a reluctant backward glance.

“Shebaba!” I exclaimed. “That’s how you got here!”

She looked away but didn’t blush. The fact is cats breed indiscriminately.

Several weeks ago Shebaba had shown up under my study window, her long hair barely covering her starvation. Multiple cans of food later, Shebaba had become a regular. She’d sit, her paws tucked daintily as though she were dining at an elegant sidewalk cafe and wait for us to supply her meals.  But she was feral and would never deign to step inside.

One warm autumn evening, Shebaba brought a surprise: a grey tabby kitten that happily planted her tri-colored face in the feed bowl, chewing mightily, while Mama sat back watching.

“Should I bring her in?” he asked.

The kitten let my husband pick her up easily enough, but once she exploded throughout our first floor, a tiny bomb slamming around corners, searching for a hole, a dark place anything that might mark safety, while our own cat sat watching intently, her tail swishing. Food?  A new toy? Her eyes gleamed.

Meanwhile my husband had begun negotiating with me. “I believe the kitten needs to be put in a single room, with no possible routes of escape...” his military training was leaking through.

“Yes, I agree. Kitten should be allowed to hide and come out whenever she feels ready,” my background as therapist leaked on top of his leak.

In the interests of domestic peace, my husband brokered the agreement: kitty would find her way to us, to start. Kitten did find a hidey hole – somewhere in our tiny kitten, judging from the meows we sometimes heard, especially when Shebaba appeared at the sliding glass door.

After three days we opened the grill at the bottom of the oven to find the small beast relaxed, if disgruntled that we had found her out.  Hubby’s turn!

He captured, restrained and transported her upstairs where the cell was prepared: no holes or hiding spots. I waited anxiously.  In twenty minutes, he called me up and there was baby nestled on his shoulder, purring loudly.

We knew a local family ripe for a new member. They arrived, packed up baby, and suggested they take mama, too!  Oh, good! Life as usual beckoned from just beyond the animal trap they donated to our cause.

That evening Shebaba arrived, with kitten number two, so like its sibling I thought the first had returned!  Shebaba spat and rejected this tiny critter who sat, timid and shy, waiting for mama to finish before venturing toward the bowl. Then she too ate hungrily.

Our generous family now said they’d take kitten number two. I countered with suggesting that whomever ended up in the trap first would go to them. Letting go of the first baby had been hard on my hubby.

We set the trap at midday, and by 4 pm we had Shebaba. She scrambled admirably for about twenty-seconds, then settled down to finish the betraying bowl of food. Finished, she sat with her paws tucked in and her eyes hooded to await whatever the Fates had in store. I admired her panache.

Our friends returned, took Shebaba to her new life. I set the trap for a second time that day with more ease, while my husband secured the holding cell.

Within ten minutes of my husband’s method, she was purring and lying next to him upstairs. I call him the Cat Whisperer.

Three cats, all female. Dr. Laing’s Town and Country Vet Clinic in Stouffville gives out a Kitten Kit. It states: “One female cat can give birth to two to four litters every year. The female offspring of this cat can have two to four litters every year. After seven years, the result of this indiscriminate breeding may be more than 400,000 cats.”
Make that 400,000 times three. Three females spayed and 1,200,000 kittens prevented. Even we couldn’t have found homes for them all.

Bob Barker is right: spay or neuter cats and dogs. It’s the humane thing to do. 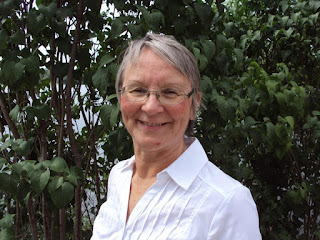 Charlene Jones has two books of poetry to her credit, as well as several individual poems published in many North American magazines, and is at work on her first novel. In addition, Charlene writes for the Musselman’s Lake Residents Association website (here), is the Musselman Lake Correspondent for the Stouffville Free Press.

Charlene is also a regular contributor to Quick Brown Fox. You can read some of Charlene’s poetry here and here, reviews here, here and here, and a short essay here.