Love Letters – Where your fellow writers are getting published 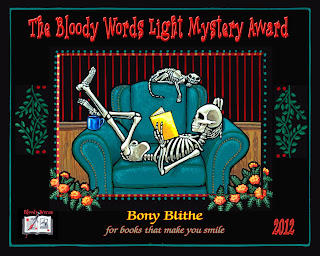 Brian,
Some good news to report: A Private Man was shortlisted for an Arthur Ellis Award as best First Novel. Winners will be announced at a gala in Toronto on May 30.


A Private Man was also shortlisted for the Bloody Words Light Mystery Award aka
the Bony Blithe award. The winner for that one will be announced at a gala in Toronto
on May 29.

Hi, Brian.
I've had two more stories posted to CommuterLit: “Father, Son and Holy Ghost” and “Forgotten.” Check them out here and here. And see my author bio and complete list of stories published on CommuterLit here.
Thanks,
Nancy Boyce
For information on submitting to CommuterLit, see here.

Hi, Brian.
I just wanted to share my stupendously exciting news that my first historical novel, The Eastern Door, which I self-published back in 2006 with iUniverse, and which won a couple of Independent Publisher Awards in 2007, has been picked up by Fireship Press of Arizona, and they have offered me a contract.
It can be done!
They say they are also interested in the sequels to this saga of the Smithyman family on the colonial frontier, The Lily and the Rose and Liberty's Children. Thank you so much, Brian, for the very early encouragement and advice you gave me and for the workshops I was able to attend. They were invaluable help in getting my foot into the writing world door.
Cheers,
Dave More
http://www.davidmore.ca/

Hi, Brian.
Jason Lawson here, I met you at a workshop in Moncton and have written to you a few times since. I wrote to you last year telling you my novel, The Vision had been published by Synergebooks. Since then I sold the movie rights to the novel to Canadian film producer Sam Grana.
We are currently developing the script and are submitting it to telefilm.ca to see if we can go ahead with shooting the film.
I'm also writing a script at the moment for another film producer, Brian Francis of Bear Paw Productions. It is a story about two native Canadians who get sent away to a residential school in the 1950s.
I have a few more scripts that are in various stages of development. Thanks for your time, Brian. I really hope you come back to the Maritimes soon.
Jason

Dear Brian,
Thank you for suggesting Commuterlit during the London March 2013 seminar. I submitted a short story there, and they've published it.
Sincerely,
Dianne Waye
For information on submitting to CommuterLit, see here.
Read Dianne's story here.

Labels: * News and what not, Where your fellow writers are getting published