An Audience of Chairs by Joan Clark reviewed by Charlene Jones 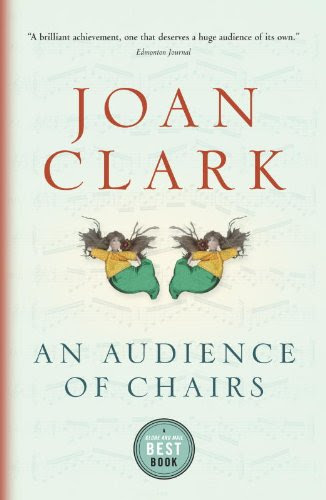 The old joke goes, “How many psychiatrists does it take to change a light bulb?” Answer is: “Only one but the light bulb has to want to change.”

This chestnut describes how Joan Clark’s protagonist, Moranna in the beautifully written novel An Audience of Chairs, relates to her own mental illness. Clark portrays Moranna, without sentimentality, and without flinching as a self-absorbed, impulse driven woman who crashes on the rocky shores of her life through her own behavior.

At the same time, Clark’s story telling engages us with sympathy for this problematic character. Moranna’s cavalier attitude toward whatever does not suit her in the moment promises trouble, yet her brilliance, humor, and joy in life mask her mental problems.

Moranna seems highly strung, for sure, and unconventional but it isn’t until we see her struggle to make a life and death decisions regarding her children that we realize, she has become unhinged.

Clark’s message underpins the narrative: making decisions, accepting the errors of those decisions and learning from past mistakes describes the course of human behavior and maturing both for those with mental illness and for those of us who describe ourselves as sane.

This message arrives to the reader without excessive sentimentality or excuses for Moranna but by a remorseless and compassionate description of how Moranna’s choices inevitably lead to the painful outcome regarding her children.

With humor, dignity and an unflinching description of Moranna self-absorption, Clark reveals layers of the human psyche on a crash course with society. A good read, well worth the time. 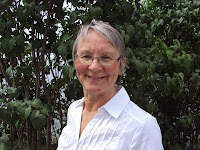 Charlene Jone's fiction has most recently appeared on Commuterlit. Charlene also writes regularly for the Musselman's Lake Residents' Association website and for her radio program Off the Top with Whistle Radio, 102.7 fm (every second Tuesday from 3:00 to 3:30 p.m.) In addition Charlene is the Musselman's Lake Correspondent for the Stouffville Free Press. She has a nonfiction work, Medicine Buddha/Medicine Mind in front of the publisher Snow Lion in Boston. You can see Charlene perform her poetry and prose at Linda Stitt's inimitable monthly salon at Portobello Restaurant and Bar in Toronto. Charlene blogs at www.Charlenediane.com