When it comes to story, we like to connect - we need to be able to insert ourselves into it.  And though we are all heroes in our own stories, only the most egotistical of us sees him or herself as a perfect archetype.  Chiseled chest glistening in the setting sun with long locks flowing in the breeze as the smashing blonde runs doe-eyed down the beach, arms out prepared for your strong embrace?  Not so much.

The reality is that we all have our warts, and it is often these flaws that are the most relatable in a good story.  They draw us in, helping us to empathize with the characters.  There is a beautiful passage in Rich Man, Poor Man by Irwin Shaw where Gretchen, a main character, has misplaced her reading glasses.  She employs her husband’s glasses, which happen to be handy, noting the matched imperfections she and he share.

Reginald Baskin is an everyman, a relatable anti-hero, lacking in confidence, relying on wit, sarcasm and self-effacement to survive in a world that rewards bigger, better, stronger, faster.  The Fat Vampire Series by Johnny B. Truant, consists of six novella length books that explore the life of Reginald, who, as the title so adroitly suggests, is an overweight vampire.

He’d rather plant himself on the couch with a bag of Cheetos and a bottle of pop than stalk humans for blood.  In fact, he doesn’t really even like blood, finding it gross.  Clearly he’s missing some of the key attributes required for good vampiring.

Before being turned, most vampires train extensively, working themselves into peak physical condition before embracing immortality.  It’s boot camp for biters and there is a waiting list.  As a human Reginald was always weak and slow; as an incidental immortal, the improvement is marginal.

However, over time Reginald discovers some strengths of his own, primarily as the beneficiary of the greatest vampire mind in history.  And he’s going to need it because the end of the world just may be nigh.

Brilliant mind or not, his sudden inability to stroll along the beach at midday hasn’t removed any of the stigma that accompanied his size whilst human.  Now instead of merely being subject to the ridicule of his fellow humans, he is subject to the scorn of humans and vampires alike.  The early forecasts for eternity indicate perpetual mockery and feelings of inadequacy.

The series follows Reginald through his adjustment to life as a night stalker and his ensuing adventures as he comes to grips with his place in this new world and ultimately his role in the fate of the planet, humanity and vampirekind.  Along the way the reader experiences a transformation of both Reginald and the world in which he lives.

Beyond the obvious jokes and self-loathing, the Fat Vampire series is an adventure that dabbles in philosophy, includes political intrigue and even a love story, albeit vampire love.

The characters are presented as regular people.  Well, regular vampire people.  They have doubts.  They make mistakes.  Some explode into clouds of vampire dust.  The author toys with the prevalent vampire mythology popularized by iconic writers like Bram Stoker and Anne Rice and more recently via the success of Twilight, True Blood, and the like, though the series is more Buffy than Dracula.

Mostly, though, readers will see bits of themselves in these tales of blood, spotting their own fears, desires and short-comings.  But if you’re looking for another throw down between Teams Edward and Jacob this is not the series for you.  Oh, there is an incubus who plays a role in the story and an appearance by an angel, but no werewolves.  Mostly because they’re not real.

It is clever read that both advances and sends up the genre, digging into ideas that are seldom explored in tales of the undead.  What do vampires think about child vampires?  Creepy and frowned upon.  Why does garlic repel vampires?  It’s mostly just about bad breath; garlic is actually quite useless for anything other than seasoning.  Are vampires really immortal?  This requires a longer discussion, preferably over a pint of beer at a university pub or atop some dusty desert mesa with a handful of peyote buttons.

For all of it’s fun, the Fat Vampire series contains lots of swearing and some of the content is not for the faint of heart - or the kiddies.  If you enjoy inverting tropes and can stomach the occasional fat-guy joke, the series takes a novel approach to some highly leveraged subject matter.  This is not high art, but it is fun story with characters you will cheer for, mostly because but for a bite on the neck, there go you. 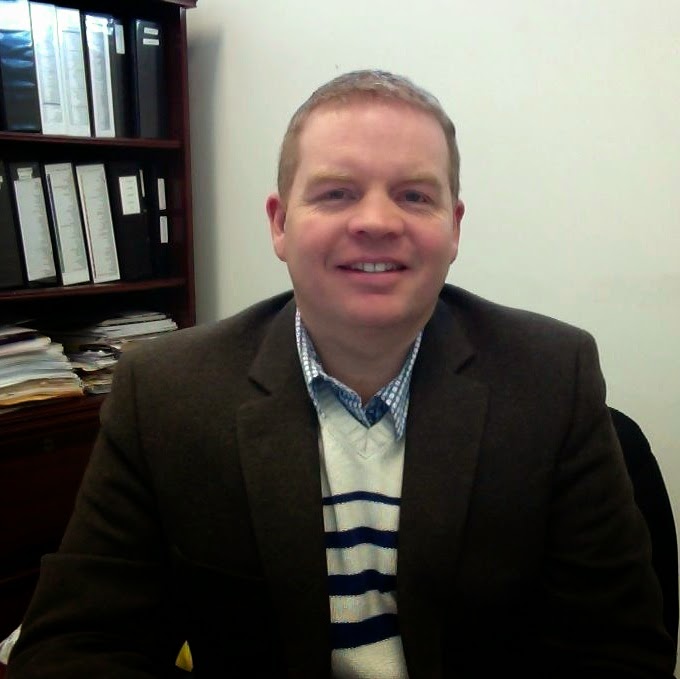 Rob Laman crafts contracts by day and sporadically writes a variety of short stories, blog posts, fraudulent insect facts and unfinished novels by night.  As a boy he won a trip to Disney for enlisting new customers on his paper route.  In his spare time he cans salsa that would make the food scientists at Old El PasoTM weep, enjoys travel, softball and reading.  He hates writing about himself in third person because, “it feels as if I’m presenting my own eulogy which would, of course, make me dead.  I hope I’m not dead.”  You can find some of his writing here.