She knew they were in trouble when they reached the door to the hotel room. A key had been broken off in the door lock, and the jagged end of the metal was sticking out. Karen gave a reassuring smile to her mom as she wiped the sweat from her brow. Sweat seemed to be crying out of every pore on her body.

She didn't know how long she could keep up this "what a wonderful mother-daughter experience we're having" charade. Her mom was wearing the same mask as she.

It was a very hot 38 degrees when they arrived in Cuba. Well, not Cuba exactly but a “beautiful Island Paradise” just off the mainland. This trip to paradise had cost $400 for two all-inclusive tickets, including airfare. Naturally she had been skeptical but it was all she could afford and they were desperate to get away.

As she stepped out of the plane into the shower room heat of Cuba, Karen had a dreadful premonition: We are going to get exactly what we paid for.

The hotel attendant at Club Iguana didn't speak any English. In fact, none of the staff at the hotel seemed to, which was a little disconcerting. It became even more disturbing when Karen realized he didn't understand English either.

He did, however, appear to be very apologetic for the key incident. He smiled nervously as he ushered them back to the golf cart he had used to drive them to the hotel room from the Main Reception area.

After some animated discussions with a number of other employees he came back to the golf cart. Karen noticed he was still smiling widely. Perhaps a little too widely. It looked like everyone's wearing masks today.

He jumped back into the cart and whisked them off again.

After seeing the broken key in the first lock Karen had an uneasy feeling. This feeling was heightened when she noticed the scowling faces of the gardeners yielding machetes to manicure the grounds. They appeared to be staring angrily at Karen and her mom which made her downright fearful. She had convinced herself no good could come from this trip.

Finally they reached their room and this time the lock didn't appear to have been tampered with. Things were looking up. They were greeted by a nice cool blast of air. Refreshing. At least they hadn't skimped on the air conditioning. Maybe this was a turning point. The room was much nicer than she'd expected. There was even a mini fridge and a TV. Normally Karen wouldn't have considered a TV a luxury but at this point anything positive was a pleasant surprise.

"We should go and check out the beach. Oh I just love the ocean!"

Karen appreciated her moms' flare for the dramatic on this occasion. It had been a long day but they were both determined to make the best of it. From now on this would be the tranquil and therapeutic escape Karen had envisioned at the time she booked it.

With bathing suits on, all lathered with lotion and books in hand they headed off to the beach with guarded anticipation. On the way, they stopped off to get a couple of frozen tropical treats. Banana Daiquiris to be precise. Feeling the beautiful breeze lifting their spirits off to the beach they went.

They couldn't believe their eyes. It was even more beautiful than they  could have imagined. The water was a fabulous turquoise and went on as far as the eye could see. The sand was like icing sugar beneath their feet. In a word it really was Paradise. Not believing this remarkable change in luck they looked up and down the beach.  It was deserted. Not one person on it. 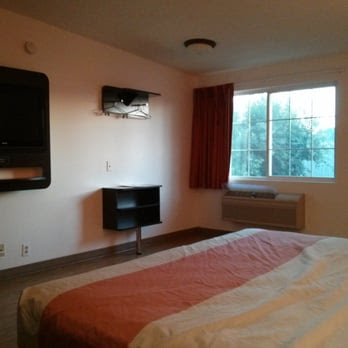 "Are they all crazy?" Karen looked at her mom who was clearly thinking the same thing.

"Why would anybody come to such a beautiful beach and sit at a cement pool?"

"I don't know Mom, but their loss is our gain! Let's not jinx it. Cheers to us and our private beach!" Karen said wearing the first genuine smile since they landed.

They laughed as they settled down for a nice relaxing afternoon. The daiquiris had worked wonders in conjunction with the warmth. The sound of the waves was so soothing they were both feeling very relaxed.

Yes this is exactly what they needed. This was definitely worth it, all $400, Karen laughed to herself. Now it's almost too good to be true.

The peace ended abruptly. Karen was startled and had an awful feeling she was being watched. Something just felt creepy. She looked over at her mom who had nodded off happily. Karen sat up and looked back over her shoulder. On top of the hill behind them overlooking the beach a number of bystanders were talking excitedly amongst themselves. It must be all the other guests. Maybe even the hotel staff too! Had they nothing better to do than come and invade our privacy on the beach? They were all staring shamelessly. It was very odd.

Karens' mom was now awake thanks to all the noise everyone was making. They quickly covered up their bathing suits. Suddenly they noticed a group of men heading toward them from another direction. They were approaching quickly, yet methodically. It looked like they were holding metal detectors. The men were completely ignoring them and were extremely focused on finding whatever it was they were looking for. The language barrier made the situation more awkward but even without words they made it clear Karen and her mom were in their way.

The ladies gathered their things and quickly moved off the beach. They had no choice but to join the group at the top of the hill. Karen lead the way through the crowd directly to the bar to order cocktails. She was determined to get things back on track. The bar was closed and it was only 4pm. She turned to her mother and noticed that everyone had gathered around them. Karen felt crowded and uncomfortable. What the hell is going on?

"Did they find anything?" Asked one of guests.

"I have no idea," Karen said, "but they were really rude".  "Why is this bar closed?" she continued, exasperated.

The guests became very quiet all of a sudden.

"Are they searching for lost treasure or something?" she asked sarcastically. "Were we on the X that marked the spot?" Why did they care if anyone found anything? These people are weird!

"Actually they're not looking for jewelry – they're looking for body parts."  A woman said very matter of factly as if they should have known. It must have become obvious Karen and her Mom were clueless by the blank look on their faces. They awkwardly exchanged glances.

"Those things they're holding are some kind of heat sensors or something – not metal detectors. There was a murder last night in that building over there. In that block, he gestured. Right in that room in the middle, on the ground floor." He pointed.

All eyes were back on Karen and her mom. The blood drained from Karen's face as her eyes followed the direction the man was pointing to.  The room he pointed at was the one that had the key stuck in the lock. The room they were originally supposed to be staying in. For the second time that day Karen's face matched her Moms'...

Della Davis is a proud mother of three.  She enjoys travelling, reading, writing, and exploring new things . She loves the outdoors and enjoys a variety of physical activities, especially Zumba. She is committed to lifelong learning as a student of life and try's new things whenever possible.