“Home Plate” by By Janice Dey

He knew he was in trouble when he used the glass door to the garage as home plate.

Darren, dressed in a light jacket, T-shirt and jeans sat on the steps to the glass door of the garage.  The sky was finally clear after many days of cloudy and rainy weather.  With his friend Bam gone camping with his family this weekend, Darren leaned his skinny white frame against the door, looked over the backyard and imagined what he and Bam would be up to on a day like this outside, not inside, being told to keep quiet.

As he glanced around, the back yard transformed.  He imagined a grandstand full of people and a baseball diamond.  The people were his fans – all cheering as he made his way onto the field.  Yes, it was the final game, and Darren was the guy who could bring the team to victory.  He was the star.

Quickly Darren took off his jacket, ran a few feet diagonally from the garage door and placed his jacket on the ground.  This would be first base.  He ran back to the garage, went inside and retrieved a pail, then ran the length of the backyard and placed the pail in the centre on the ground.  “Second base,” he murmured and ran another few feet to an apple tree.  Third base.

He ran back up to the garage door and turned to his imaginary fans, raised his arm and gave them a big wave.  Darren made a hissing noise from the back of his tongue to simulate the sound of a cheering crowd.

He picked up his imagery baseball bat and swung a few practice swings and indicated to the invisible pitcher on the invisible mound he was ready to play ball. 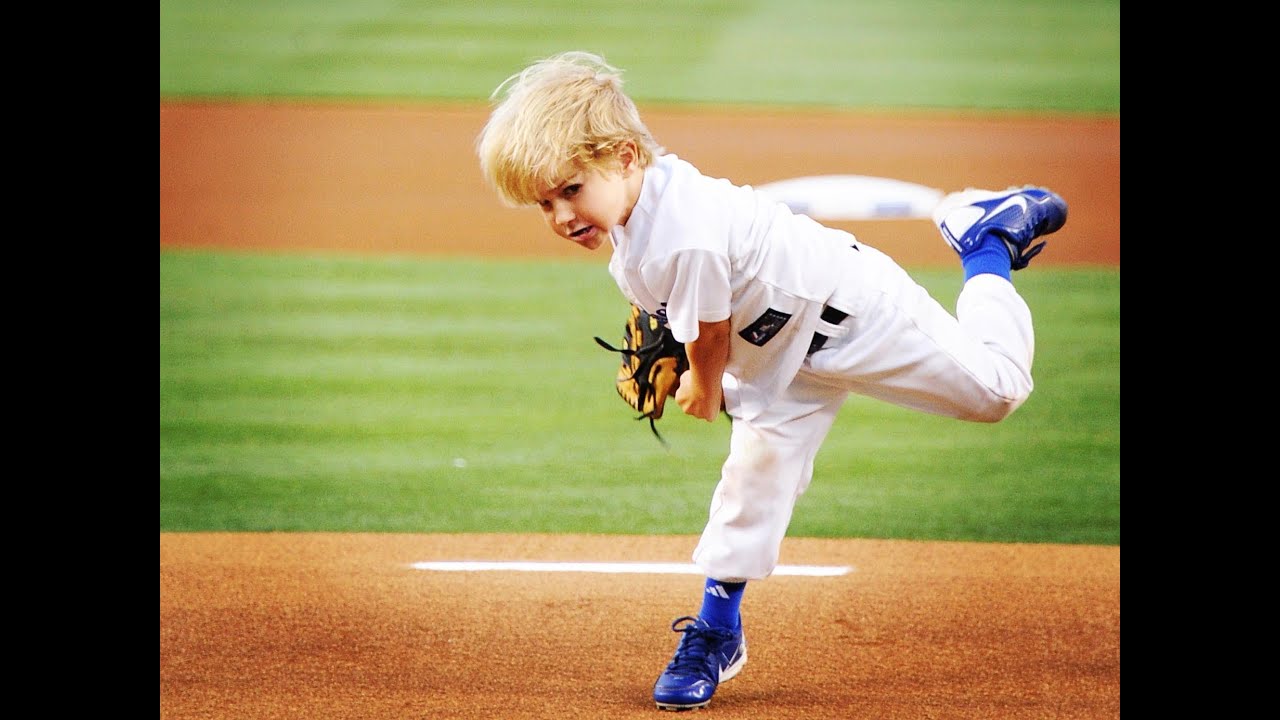 The fans jumped to their feet.  A calm struck the air as the fans waited for the first pitch. The catcher gave his signals to his pitcher – a nod and two shakes – the pitcher lifted his right leg like Roadrunner getting ready to take off from Wylie Coyote.

Darren poised with his bat held high above his shoulders, checked his footing once more.  The ball left the pitcher’s grip, Darren’s eyes focused on the white streak that crossed just to the side of the plate.  The umpire called out, “BALL ONE!”

The crowd roared in satisfaction.

The crowd became silent once more as the pitcher got ready for his second pitch.  Darren pulled up his sleeves, raised the bat and eyed the white ball as the pitcher hid it in his glove.  The pitcher went into his wind-up and whipped the ball from his knuckled grip.  It must be a fastball.  Darren’s thoughts clamored one on top of another.  Was this a perfect pitch?  Should he swing? It’d be a sure strike if he let it go by.

Darren swung his bat with all his might.  The umpire cried out, “STRIKE ONE!”

The catcher caught the ball with ease and returned it to the pitcher.  There were a few boos heard from the crowd but they reluctantly settled back in their seats.

Darren used deep breathing to keep his composure in check.  There was a lot at stake if the team were to lose this game.  The championship, the coveted first prize trophy and most importantly the adoration of his fans.  He couldn’t bear the bad publicity either.  So, the pressure was on.  More deep breaths, another check of the footing, then up went the bat and he was in position again.

The pitcher threw a curve ball and missed, almost hitting Darren in the leg.  Darren jumped back as the Umpire called out, “BALL TWO!”

The fourth pitch was thrown.  Darren fouled the ball into the stands.  “STRIKE TWO!”

The fifth ball was thrown way over the catcher’s head and ball three was called out by the Umpire.

As much as he told himself to calm down, the nerves in his stomach fluttered like butterflies swarming to get out.  At that moment his fans were his greatest support and comfort.  Without them the butterflies would have a field day.  Darren tapped his bat to his foot and turned to look toward the stands.  The fans reciprocated and gave him an elongated final chant.  The noise was deafening.  Darren lifted his bat to his fans, then turned to face the pitcher.  For a moment he let the rhythm of the crowd hum in his ears and the butterflies in his stomach subsided, if only temporarily.

The pitcher nodded and shook his head, lifted his leg and bee-lined that white baseball 98 miles an hour straight into Darren’s bat.  Darren swung that bat harder and faster than ever.  He wanted to make sure he felt the crack when the bat met the ball. He wanted the crowd to hear it.  CRACK!

He looked back at the split bat he threw to the ground, then turned to look at how far the ball went.  YES, YES, YES!  OUT OF THE PARK!

Darren raised his right arm 90 degrees, making a fist as he ran around and touched each base.  First base….second base…third base.  Trotting between third and fourth, he punched his teammates’ fists.  Then, coming into home base, he raised both arms high, as if reaching out to his fans.  In his excitement at this joyous moment, he came running in at full speed and crashed into home base.

Unfortunately, home base was the glass door to the garage.

He got nine stitches. One for each inning. And grinned the whole time.

Janice Dey was born in Winnipeg, Manitoba, and now lives in Brantford, Ontario, where she runs a home-based business as a bookkeeper and tax preparer. All through her life, she’s always had this desire to write, and now in her mature years she plans to devote more time to her writing and involve herself in the circle of other writers.