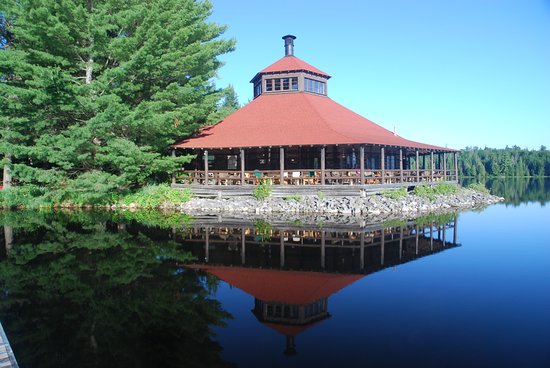 I love new things. New experiences, new places to go, and new foods to try. So when the waiter told me the fish of the day was North Atlantic Sea Bass, I was curious.
Sea Bass, I was familiar with. Chilean Sea Bass, from the south Pacific. I didn’t think there was a subspecies in the north Atlantic, and I was pretty sure it couldn’t be the same fish.
Chefs love Chilean Sea Bass. Firm white meat, easy to season, and it takes well to a variety of sauces. I’ve read that it’s forgiving if you cook it until the flesh flakes, in which case it may be a little dry, but still delicious.
It’s not a pretty fish, and it had an ugly name. Patagonian toothfish. Years ago someone sanitized the name for the North American diner, hence Chilean Sea Bass. I don’t think many people would order Patagonian toothfish if they saw it on a menu.
Baked, broiled, grilled, pan fried, poached, stewed—it tastes wonderful. I stopped eating it years ago and it’s my son-in-law’s fault.
He worked at a seafood distribution warehouse in Toronto. His team would be there Sunday evening when the shipment arrived, and they’d spend the night unloading and sorting everything for delivery to restaurants and fish markets and grocery stores: farmed salmon from South America, farmed catfish and tilapia from the USA, whole swordfish with the sword attached and protected by a long rectangular Styrofoam box (you can’t farm these), and wild Chilean Sea Bass.
He worked there for several years and told me, year-after-year, that the Chilean Sea Bass were getting smaller and smaller. Overfishing? Yes, the fish was threatened. Although the fishery is better managed now, I still won’t eat it. No orange roughie or blackened redfish for me, either.
But this North Atlantic Sea Bass sounded interesting. I asked the waiter for clarification. With his delightful French accent he said it is also known as loup de mer.
“Okay,” I said, remembering my high school French, “It’s just gone from sea-bass to sea-wolf.”
He looked at the daily dinner specials on the piece of paper he was holding, muttered something I didn’t understand, then looked up and smiled.
I ordered it anyway. Google it when you get home, I told myself.
There was no internet at the resort, Arowhon Pines in Algonquin Park. Beautiful log cabins, a huge dining hall with a large central firepit, busy and helpful staff, and a most impressive menu. I’d had venison the previous night and it was cooked and served perfectly.
I was there for a three-day writing retreat organized by Brian Henry, an editor who leads weekly writing courses at various locations in Toronto, Burlington and Georgetown. There were sixteen of us, all looking forward to more learning. And especially our one-on-one with Brian, where we’d discuss his critique of the two pieces we’d submitted in advance.
Plus, we’d be writing several times a day.

Somewhere, I’d read that fish is considered brain food. Considering the feedback I’d received on my work from my fellow writers at the weekly classes I’d participated in, I needed all the help I could get. So I ordered the North Atlantic Sea Bass.
Once back in the land of the internet, I discovered that the North Atlantic Sea Bass is not the same fish as the Chilean Sea Bass. Google told me that this fish is native to the Mediterranean and the European coast of the north Atlantic. Because of where it’s found, the European Bass has several dozen names. Oui, loup de mer is one of them. More good news—it’s farmed in the Mediterranean by many countries, and the farmed production is much greater than the wild catch.
So what did I learn at the writing retreat. Is my writing getting better? (Perhaps you can be the judge.) Is Arowhon Pines an amazing all-inclusive location for a great get-away? Absolutely. And what about North Atlantic Sea Bass? Not over-fished, not threatened, and definitely delicious!
***
For information on upcoming writing retreats at Arowhon Pines Resort in Algonquin Park and at the Briar's Resort on Lake Simcoe, see here.
To reserve a spot on any upcoming retreat, workshops or class, just email brianhenry@sympatico.ca

James Bryan Simpson is retired from a career in pharmacy and the pharmaceutical industry and now writes fiction and creative nonfiction. He enjoys country living, recreational reading, and participating in writing groups. He lives in an old stone farmhouse somewhere between Milton and Guelph.

P.S. You can read more about the cuisine of Arowhon Pines here.