Having been born in Italy after WWII, I have never had direct experience of war, only its aftermath. The war itself echoed in the stories that my grandparents and my father would tell, or, sometimes, in the “souvenirs” the war had left behind: the unexploded bombs or the landmines into which people would periodically stumble. Thankfully, my personal mementos were of a much less lethal kind.

Two somewhat mysterious and incongruous objects lay around my grandparents’ farm where I spent most of my childhood summers. One, easily recognizable, was a helmet. The other was a tin can about 4”X8”X10”. Its mystery lay in the strange, incomprehensible, partly-scratched words still printed on it. When playing with it, my sister and I would wonder what it said, for that was surely the key to understanding what the container had held. When I finally learned to read, I would pronounce the words “eecheih craihaam”, but they made no sense, clearly they were not Italian.

The helmet, as the story was often repeated by my grandparents, was left by a German soldier when his battalion passed through our farm on its retreat through the Italian peninsula during the waning months of WWII. Italy was by then enemy territory to the Germans, as it had switched side—officially at least, for there were still Fascist enclaves in the north where Mussolini was hiding.

When they saw the German troops approaching at some distance, my grandparents, my father—who had the year before returned wounded from the war—and his new--very pregnant--bride locked themselves inside the farmhouse in the hope that the soldiers would just pass through and take no notice of them. But the soldiers did stop. Probably because the place must have seemed ideal for setting up camp: flat terrain with the main road going right through it, two fresh water wells right in front of the farmhouse, lots of courtyard animals such as chickens, pigeons, rabbits… roaming around, and even fresh vegetables in a garden adjacent to the farmhouse.

The people hiding inside listened silently to the confounding and terrifying noises coming from just outside the door: trucks revving in low gear, screeching tanks shaking the earth and the old stone farm-house itself as they rolled closer and closer, orders being shouted to pierce through the rumble of machines. After about half an hour of ruckus the roaring machines quieted down, but now the sound of heavy boots could be heard on the flag-stones in front of the farmhouse. The proximity of the steps and voices unnerved the family inside. 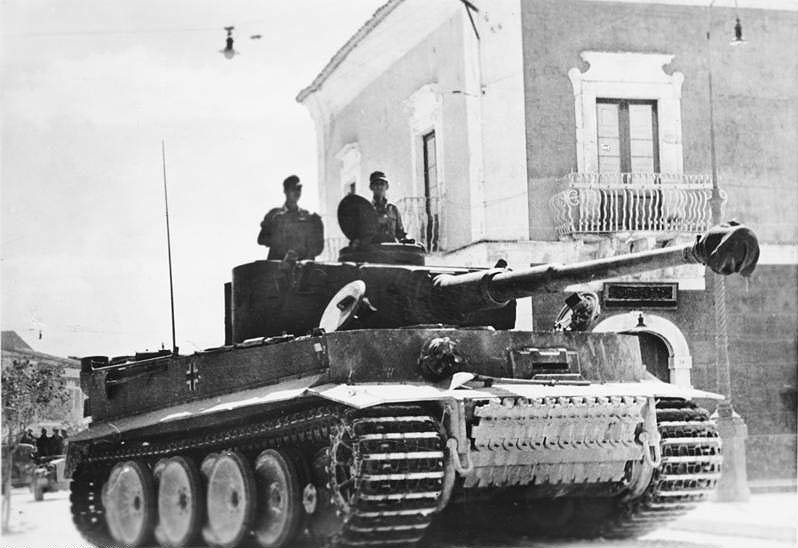 Apparently, my grandmother, noticed that the rope attached to the pail of fresh water they had drawn from the well and brought in earlier was still partly outside, running through the gap under the double wooden doors, and she slowly started to pull it in. The slithering rope was noticed by a couple of soldiers who immediately alerted others and started shouting and banging on the door, threatening to knock it down.

Eventually the doors were opened and the family was brought outside. Things did not go as badly as they had feared: they weren’t shot or even rough-handled. After thoroughly inspecting the inside of the farmhouse, the soldiers simply asked the family to stand outside in one small area, and proceeded with their task of setting up camp.

The first thing they set out to do was camouflage their several trucks and two tanks so as not to be detected by surveillance planes. This required lots of green branches and shrubs. The soldiers, armed with axes and saws, started cutting down or mutilating olive trees in the grove near-by.

When they saw that they were being ignored, grandfather started pointing to some elm trees and gesturing how they could cut those down instead. Alas, they were still ignored—the olive trees were just too convenient. Grandmother started weeping the loss of such an important resource, a loss that would be felt for a generation, a loss of which I was often reminded years later on any Palm Sunday, or whenever we walked by the olive grove. My grandparents felt the need to explain why patches of the grove only had small saplings instead of productive olive trees.

The German battalion stayed at the farm for three days, waiting for another one of their units to catch up to them. One thing I have learned about retreating armies is that, their supply line being inevitably broken, the soldiers are expected to survive by scavenging and pillaging along the way. In that respect, my grandparents’ farm must have been a boon for the unit that camped there. There was plenty of food and fresh water available.

The challenge for my grandparents was to appear friendly and avoid unnecessary slaughter and destruction. So they brought out baskets of eggs and sacks of potatoes, onions, bread, even some cheese. The soldiers still chased a few chickens around the courtyard, but the larger animals were spared.

When the awaited German unit arrived, they all departed as quickly as they had arrived, tanks and trucks roaring from right under their leafy canopies, leaving behind crushed olive palms and much debris, among which: a helmet. At first it seemed a strange thing to have around the farm, but over the years it proved to be a useful and versatile tool, especially at harvest time when it would be used to scoop and measure the grains after the threshing process to fill the burlap sacks. Six full helmets equaled one bushel, and four bushels filled up a 100 Kg sack, the standard unit in which all grains were sold.

The helmet’s shape and design, with its lip curving slightly outward, not only made it easy to grasp and carry, but when used to carry water or bran swill to feed the pigs, it would ensure a smooth pour into the trough.

Sometimes grandmother would use it to collect eggs from the coop, for though it was made of hard steel or bronze alloy, its curved bottom meant that once the eggs had been carefully laid down, they would stay in place and not roll around and break.

Truly, the versatility and the ergonomics of that helmet made it an exemplar of superior technology. Though, from my perspective as a kid, it wasn’t the greatest helmet. Whenever I playfully put it on my head, I found it too large, too hard and too unstable as it shifted and hit the sides of my head or the tip of my nose.

Alas, the tin-can had not proved to be nearly as useful as the German helmet. The only reason it was still around was because… well, on a farm nothing ever gets thrown out. My grandmother once told me that it had been left behind by a troop of Canadian soldiers that had also passed through the farm a few weeks after the Germans. History tells us that they would meet at Ortona some weeks later. I wonder if that forgetful German soldier missed his helmet on that fateful occasion.

Not being as ubiquitous as the helmet around the farm, I had totally forgotten the Canadian tin can. It came to mind again many years later, shortly after coming to Canada. We had arrived in the middle of an unusually cold winter, but--in typical Canadian fashion--winter turned suddenly into summer and the mysterious words from the tin can started appearing on signs everywhere, only this time I knew what they meant, “ICE CREAM.” Since then I have often wondered if the Canadian soldiers had shared their treat with my family. I like to think that they did. They were, after all, liberators, not occupiers. 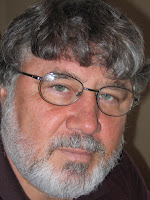 Fiorigio Minelli grew up in a small town in south-central Italy and came to Canada when he was 15. He is a retired professor from McMaster University who enjoys his hobbies of singing, woodworking, and writing memoirs for his children and grandchildren.