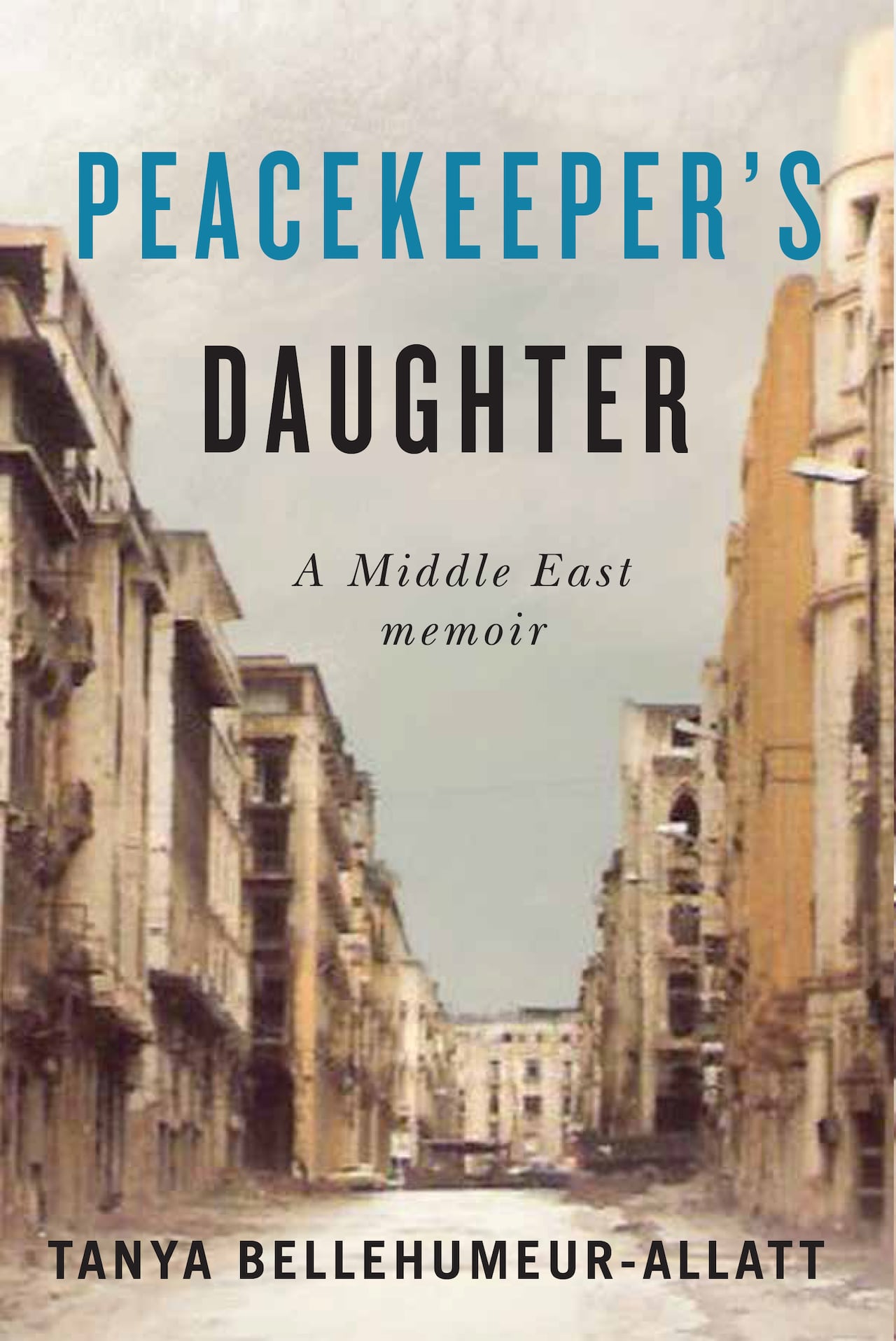 Peacekeeper’s Daughter is Tanya Bellehumeur-Allatt’s memoir of when, as a 12-year-old child, her family was stationed in Israel and Lebanon in 1982-1983, just following Israel’s invasion of Lebanon and in the midst of Lebanese Civil War. It’s a coming-of-age story, as well as an exploration of family dynamics, the shattering effects of violence and war – and the power of memory itself to reconcile us to our past selves, to the extraordinary places we have been and sights we have seen.

It will be published September 30 by Thistledown Press. Pre-order your copy now from the publisher here, Chapters here, or order it through your local bookstore here.

At school that Monday, I sat in the library after lunch. My grade seven class was in the basement for band practice, but I had a free period. Since I’d only started at the school in January and didn’t play a band instrument, I was exempted from music class. I spent my free time on the top floor in the reading lounge, next to Mr. Thierry’s classroom. After that, I would study advanced French while my class did beginner, baby French in our regular classroom downstairs. At dinner time at home, I took perverse pleasure in imitating the way they counted to ten with their thick accents.

Suddenly, there was a deafening boom, a sound louder than I’d ever heard before. Everything shook. The room went black. Books fell off the shelves. The chairs next to me rolled over. A window cracked and split, sending shards flying.

After the huge sound of the blast, there was a thick quiet. I sat alone in the darkened library, assessing the damage. What just happened? Was it an earthquake? What should I do?

A light shone around me. “C’est l’heure du français,” Monsieur Thierry announced. I stood up, eyes blinking, and followed his flashlight beam into the classroom adjacent to the library. For the next hour, we conjugated French verbs by candlelight. “Que je puisse, que tu puisses.” Monsieur Thierry’s lips pushed forward when he spoke, as if all the words were teetering on the edge of his mouth, ready to dribble out. I thought of Richie and how puisse sounded like the English word kiss.

Whether Monsieur Thierry had forgotten about the blast that had just shaken our school or decided that his curriculum was more important, we carried on covering the board with our white-chalked declensions made visible by the candles on the teacher’s desk and the shafts of faint afternoon light coming in from the upper casement windows.

We were a small group, our numbers at the American Community School greatly reduced by both the civil war and the war with Israel. As tensions in the city escalated, most diplomats packed up their families and returned to their own countries. The only new influx of expats to the city were fifteen hundred U.S. Marines sent by President Reagan to man the five U.S. warships anchored a few kilometres offshore.

After Advanced French, I joined my class on the first floor for grade seven English. Mr. Turner examined us with his one good eye, while his glass eye stared straight ahead. Its fixed look unnerved me. It was like staring at a camera. I imagined it photographing my secret thoughts—a bionic eye with special powers.

“A bomb has exploded nearby, at the American Embassy,” Mr. Turner informed the class once we had taken our seats. “Fortunately for us, our school remains unscathed.” He paused, but only for a breath. “Please take out your copies of Twain’s The Prince and the Pauper. We will read aloud, beginning at Chapter Three.”

My hands picked up the paperback and flipped mechanically to the correct page while my mind wrestled to process this new information. I raised my hand. “How close did we come to being hit?”

Mr. Turner’s glass eye stared at a distant spot behind my head while his good eye looked out the window. “We’ll find out soon enough,” he said.

It was a relief to get lost in the story of a faraway place and forget about what was going on in the city around us.

“Be careful on the way home,” Mr. Turner said before dismissing the class for the day. “See you tomorrow.”

Our regular route through the campus was blocked off by red tape marked DANGER. We were shepherded into two lines and made to show our identity cards and hand our schoolbags over for inspection by armed French military police at three different makeshift checkpoints inside the gate, before finally being given permission to exit onto the street. Sirens blared nearby, and traffic on the main street was barred. The empty street was an eerie sight compared to the usual noisy tangle of cars and pedestrians.

My brother walked a few paces ahead of me. “Did you hear it?” I asked him. I watched the back of his head nod yes.

“I was in art,” he mumbled. It was hard to hear from behind. I got as close to him as I could, but the passage was only wide enough to walk single file.

“We left class and went there.” He stepped onto the street to avoid a pile of garbage on the sidewalk. In the absence of waste removal services, the citizens of Beirut piled their garbage in huge stinking mounds on the sidewalk. Those nearest to the beach threw it into the Mediterranean. After almost ten years of anarchy and civil war, the city resembled a massive dump.

“What do you mean? Where did you go?” Our school never went on field trips of any kind; it was too dangerous to leave the gated compound.

“Mrs. Gunthrey wanted to see what had happened. Her husband works at the embassy, and she needed to make sure he was all right. So she took us there.”

“Was he okay?” I kicked at an empty sardine can, shuffling it back and forth between my feet like a soccer ball.

“Took a while, but we found him. He was all white. Covered in dust. He thought his arm might be broken. He was holding onto a woman whose face was cut up. Her eyes were full of blood.”

After that, my brother was quiet for a long time. I kept my head down and followed his footsteps exactly, walking in the street to sidestep more garbage and a car parked on the sidewalk, also a common occurrence in this city without traffic lights or police surveillance.

“I saw a car wrapped around a telephone pole,” my brother said in a voice so low I thought maybe I hadn’t heard him properly.

“It’s the force of the blast,” he said. “It picks up anything in its way.” 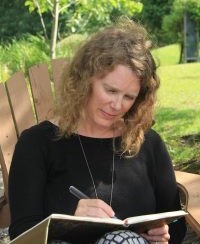 Tanya has been nominated for a National Magazine Award as well as a Western Magazine Award and received a Canada Council Grant for her manuscript of Peacekeeper’s Daughter. She holds an MA from McGill and an MFA in Creative Writing from UBC.

Read more about Tanya and her writing here.

Pre-order your copy of Peacekeeper’s Daughter from the publisher, Thistedown Press here, from Chapters here, or order it through your local bookstore here.

For information about submitting to Thistledown Press, see here.