“The Hat of Ages” by Dana Webster 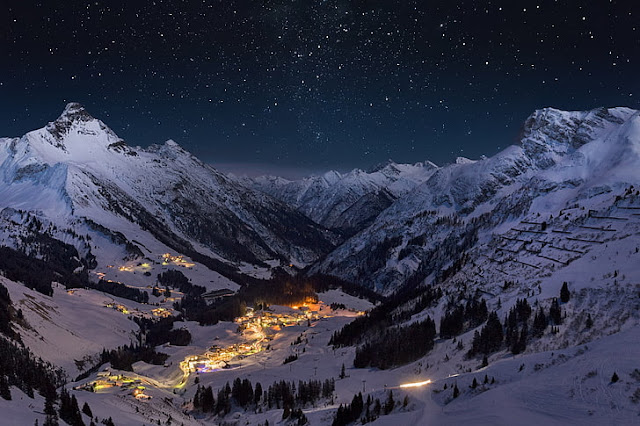 Once upon a time an old woman named Wedi lived alone high atop a mountain. She was a small, hunched creature clad in a thick black robe and a plain black peaked hat. Bare patches showed that this hat had been brushed too many times. Most of its magic had faded away, too, drained of its power from so many years of use.

Wedi and her hat had been constant companions, keeping each other company from childhood through elderhood. They’d shared adventures and told stories, brewed tea together and enjoyed afternoon naps. Just the two of them, always.

From her front porch, Wedi could see, if the sunlight was just so in the sky, the little village that lay far below. At nighttime, the lights of the village were a mirror image of the star-filled sky, which made Wedi being feel cocooned between two light-filled realms.

One day, curiosity about the inhabitants below caused a yearning to venture down the mountain to see what she could see. Wedi packed some bread and water for the journey. Night had fallen by the time she arrived. She saw that the stars of the village illuminated cozy little homes with hearths around which people gathered to eat, laugh, and bustle. Peeking through the window, Wedi perceived a familiar feeling. These people felt the same way about each other as she did for her hat. They were rich with companionship. She felt a longing for more, too.

Afraid to make the trek home at night, she found a comfortable nook under a cedar hedge, and fell into a fitful slumber, her hat softly snoring on the ground next to her, blissfully unaware of the new desire in her companion.

Wedi awoke to the sounds of villagers. As they greeted one another with a hearty hello, the hats on their heads also tipped themselves in a good morning gesture. Ignoring the growling in her stomach, Wedi followed the crowd into the centre of town. No one paid her much mind.

The villagers were making their daily pilgrimage to the most magical hat shop of all the hat shops. This shop was brimming with hats of all shapes, sizes, and colours. Hats with feathers. Hats with buttons, bits, and bobs. Hats that sang and hats that danced. Hats that tucked themselves away at the end of the day and hats that calmed even the fussiest of babies.

The most mysterious hat of all was one that sat alone on the highest shelf at the back of the shop. It was here where its home had been made many years ago. So long ago that no one alive at the time could recall its age. This hat alone was not for sale. It was far too precious for just anyone to wear on their head. No one knew why. It had always been thus.

Young children and grown-ups jostled for the best viewing position. Late-comers were disappointed to find no place for them close to the front. Some of them allowed their more modern hats to hover over the crowd and report back. No one noticed the old woman whose nose was pressed curiously against the window.

At precisely one minute before opening time the proprietor of the hat shop ceremoniously flipped the switch on a powerful spotlight, illuminating the extraordinary hat in its solitary position high up on a shelf. The light hit it at just the right angle to showcase its marvellousness. From outside the otherwise darkened shop, a collective gasp escaped the mouths of the spectators, even those who had seen this many times before. 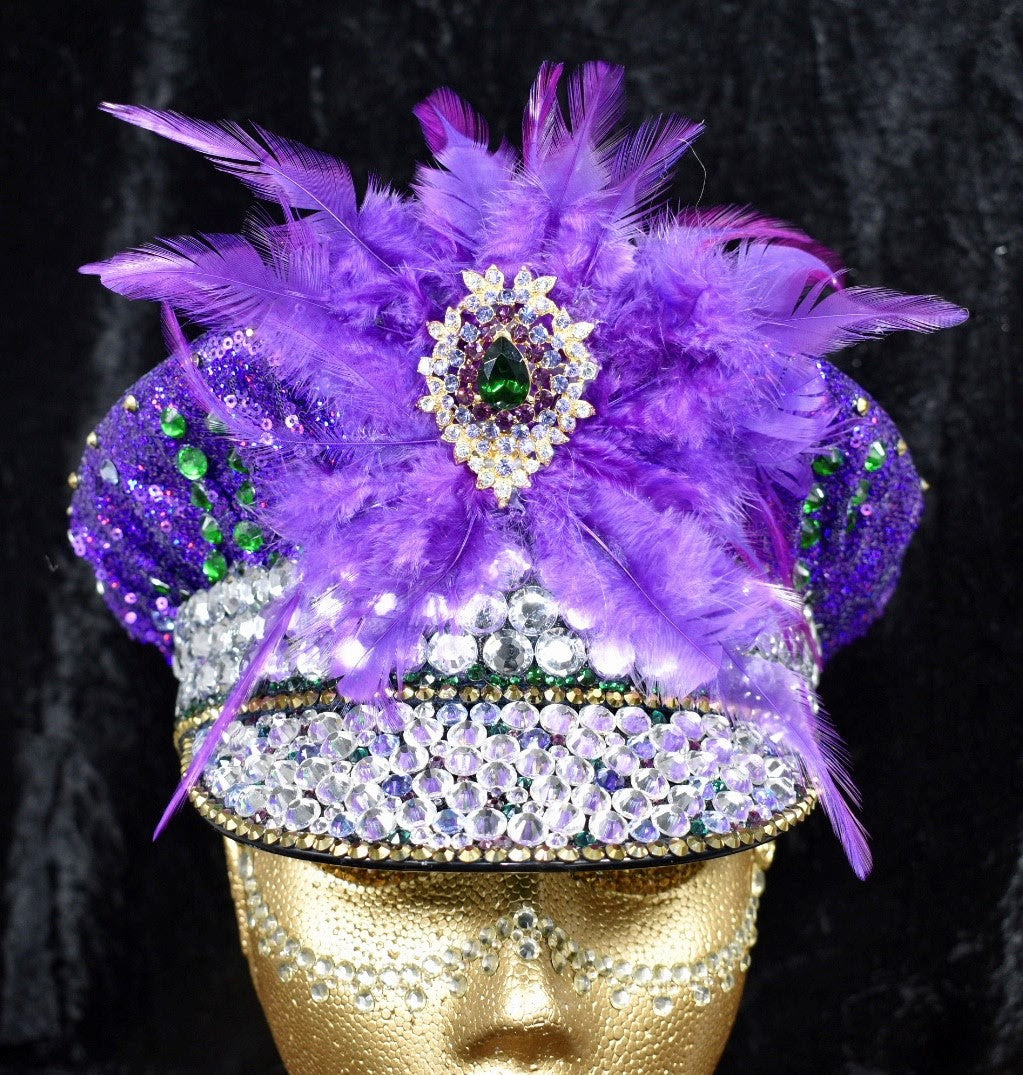 There it was! The Hat of Ages.

The colours of deep purple and golden yellow were adorned with glittering gems and multi-coloured ribbons. Its peak stood as straight and proud as an arrow. Its wide brim tipped sideways at a just-so angle for optimum flattery. Everyone in the crowd imagined themselves with this magnificent hat atop their own head.

Including the old woman. Wedi stood mesmerized by the hat’s magnificence. She’d never seen anything like it. In that moment, she felt shame for her own plain hat. She saw how the Hat of Ages delighted the villagers. If she wore that hat, would they be delighted with her? Perhaps invite her to stay in this cozy village populated with lively people and unusual hats?

That night, when the shops were closed and the villagers had retired to their homes, Wedi snuck around the back of the hat shop. When she encountered a heavy lock she murmured, “Kindly open the lock,” and her hat happily did, spending the little magic it had left. Remembering the fun of their past adventures, the hat began to feel giddy with expectation.

Stealthily, Wedi entered the darkened store and made her way to where the Hat of Ages sat high above her. She used a nearby footstool to help her reach the hat that she hoped would change everything for her. In the darkness, the hat no longer glittered. It no longer seemed extraordinary. No matter, she thought, in the light of day I shall look splendid with it atop my head.

She took the Hat of Ages in one hand and placed her own plain black hat in its stead. Stepping off the stool, she placed the hat on her head and felt … bereft. At the same time, the spotlight magically turned on and illuminated Wedi’s black hat. It seemed to twinkle with the light of countless stars, even more stars than either above or below her mountain home.

This Hat of Ages was a mere imposter. She removed it and reached for her friend, her constant companion, her plain black hat that she now saw had not only its own beauty, but the love and belonging she mistakenly thought she’d been lacking. Blanketed by stars above, comforted by stars below, Wedi and her hat returned to their cabin on the mountain. 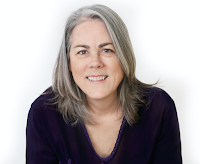 Dana Webster has been writing off and on for most of her life but has only begun to find her stride in the last year and a half. You can subscribe to her observational blog at www.danawebster.com