“It’s time for a TV series about the Ladies of Llangollen” by E.R. Zarevich

Before I make my pitch, allow me to enlighten you on who exactly the Ladies of Llangollen are, or were, and why they would be the perfect protagonists for a TV show. Their names were Lady Eleanor Butler and Sarah Ponsonby. They were aristocratic women, born into wealthy Irish families in the 1700s. Their birth statuses marked them as being destined for grand marriages of convenience, but neither were interested. Instead, they defied their family’s expectations, and arranged matches to affluent men, and ran off together in 1778.

This may sound like a typical “star-crossed lovers” story, and a little bit on the stale side, but where things get really interesting is after the elopement, when the Ladies decided to settle down in a country home they named Plas Newydd. This safe haven for the couple was located in the Vale of Llangollen in North Wales, hence their nickname, and this is where they would live together for decades and play host to many of the most colourful characters of their time.

Picture a TV show where every episode featured one or several of the following guest stars, all of whom were houseguests of the Ladies at some point: Adventurer-writers such as Lord Byron, Percy Shelley, and Lady Caroline Lamb. Poets Anne Seward and William Wordsworth. Prince Hermann Ludwig Heinrich von Pückler-Muskau, the German nobleman who wrote travel memoirs as long as his name. Arthur Wellesley, the Iron Duke of Wellington, Emperor Napoleon’s nemesis on the battlefield.

Also Anne Lister, the swashbuckling landowner and diarist viewers would already be familiar with from the still-ongoing HBO/BBC One series Gentlemen Jack (2019). Suranne Jones could even reprise her role in The Ladies of Llangollen if it were produced soon enough. If not, this would be an opportunity for another actress to play the woman now known as “the first modern lesbian.”

Even Queen Charlotte, wife of King George III, could make an appearance, as she reputedly had such as a strong interest in the odd couple that she arranged for them to have a royal pension. These women were practically running a celebrity inn, so I imagine this generous offer of cash was very welcome.

As for the funding of this TV show, this is a project I could see BBC or HBO taking on. It would appeal not only to their LGBT audience but also to European history buffs. A cast like this would be glorious, even if some viewers would be obliged to check Wikipedia after every episode to find out who’s who. Add on visually appealing costumes and a picturesque rural setting, and here you have a show with the potential to rival 2005’s Pride and Prejudice as a staple for lovers of historic media.

What I envision for this series is a similar quirky style and rhythm of Gentlemen Jack, with plotlines that are domestic, and relationship-based. No wars or high-stakes politics, except mentioned in passing conversations, just like in Jane Austen’s novels. The tone should be kept light and refreshing and charming.

Despite the impressive artistic merits of fairly recent lesbian period dramas such as Portrait of a Lady on Fire (2019) and Ammonite (2020), I can’t see this premise working well with those films’ rather somber, melancholic sheens.

The Ladies lived peacefully happy lives together and did not eventually succumb to the pressures of heteronormativity. Their lives were not a tragedy. Theirs was not a bittersweet romance, with an inevitable separation. They were life partners, and the show, if ever produced, would have to respect them as such.

On that note, the overall success of this series would depend heavily on the right casting for Eleanor and Sarah. To truly capture the scope of their lives, the series would have to be stretched out over several decades, necessitating hiring actresses to play them at different ages. If I were casting it myself, I would have Elle Fanning and Sophie Turner playing the Ladies when they’re young, rebellious women falling in love and fleeing the nests together.

When they’re older, more conservative adults running an estate they would be replaced by Sarah Lancashire and Geraldine Somerville. That’s how I see it in my head. Of course, there are many other actresses who could pull this off brilliantly, but the main factor would be their chemistry with each other.

The Ladies of Llangollen were very much a pair, and their steady, deep-set love for one another would be the glue holding the show together. The actresses who play them would take on the task of convincing the audience that they’re soulmates, who willingly chose to spend all their time gardening, reading, sketching, taking country walks, renovating their house, and entertaining friends, as the real Ladies of Llangollen did. It takes talent to demonstrate devotion in quiet, homely scenes, rather than only in passionate embraces and desperate declarations in love.

I’m not saying that The Ladies of Llangollen wouldn’t have passionate moments. I’m saying the show would broadcast a full, lifelong relationship. Not just an affair. If there is one thing I can say about the future of LGBT media, it’s that we owe it to past figures to portray them with as much accuracy as possible. 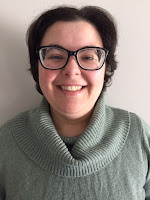 Emily R. Zarevich is a ESL/English teacher and writer from Burlington, Ontario, Canada. You can find her history-focused work on Jstor Daily, Inspire the Mind, The Archive, and Early Bird Books.

Further reading about the Ladies of Llangollen:

Hampl, Patricia. “The Ladies who were famous for wanting to be left alone.” Longreads. Excerpt from The Art of a Wasted Day, copyright 2018 by Penguin Publishing Group, a division of Penguin Random House. See here.

“The Ladies of Llangollen.” The British Museum. See here.