Israel: A simple guide to the most misunderstood country on earth by Noa Tishby reviewed by Brian Henry 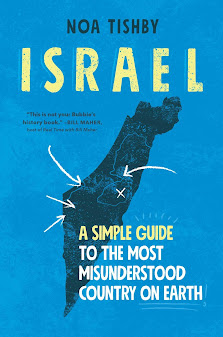 Israel: A simple guide to the most misunderstood country on earth by Noa Tishby Simon & Schuster, 2021, 333 pages. Available from Chapters here.

Noa Tishby’s Israel: A simple guide to the most misunderstood country on earth should be in every high school in Canada, despite its frequent use of F-bombs or maybe because of them. Tishby’s book is a history of Israel from ancient times, a portrait of contemporary Israel, and most of all, a passionate defence of one of the world’s most dynamic countries.

Israel’s a colonial state, say its detractors. Ridiculous, says Tishby. Jews are indigenous to Israel. “I can personally read the letters on pieces of clay on top of the fortress of Masada from two thousand years ago” –because these ancient inscriptions are written in our language, in Hebrew, in a land where Jews first formed a kingdom more than three thousand years ago.

Moreover, Tishby points out, only 31% of Israel’s population descends from Europeans returning to our homeland. The rest, Jewish and Arab, are of more immediate Middle Eastern descent.

Israel’s an apartheid state? Hardly, says Tishby. All Israelis have equal rights under the law. “The third largest political party in the Israeli parliament is an Arab party,” says Tishby. “Arabs serve in the IDF {Israeli Defecnce Forces}, and they are part of the judiciary system, academia, entertainment, and medical fields – all of it.”

Tishby writes about how much Israel gives to the world. Most people know, Israeli tech is in practically every device we use. But Israel makes an outsize contribution to the world in every walk of life, from medicine to agriculture to entertainment. Before Homeland (yes, based on an Israeli TV series), before Shtisel, before Fauda, Tishby herself began the flood of Israeli shows into the international market by selling In Treatment to HBO.

When an international disaster hits, Israel is often the first on the ground – though Israel’s help sometimes needs to be accepted in secret. Throughout Syria’s horrific civil war, 200,000 Syrians have been treated by Israeli doctors (both Jewish and Arab of course), although Syria has always been in a state of war against Israel, and Syrians have been bathed in generations of antisemitic propaganda.

Israel, Tishby writes, has a lot to give the Middle East, “If only the Middle East would be willing to fucking take it. … Why can’t more Yazidi woman come to Israel to be helped, without being afraid of being killed when they go back to Iraq?”

I did mention Tishby drops a lot of F-bombs. But a hundred years of animosity toward Israel might exasperate anyone – indeed, it should exasperate us all. Plus, Tishby’s been an online activist for past 12 years and founded Act for Israel, an online advocacy organization. Given that she deals with the anti-Israel craziness of the online world all the time, I think Tishby should be forgiven as many F-bombs as she wants to drop.

Carried along by her style, passion, and knowledge, any reader will enjoy Tishby’s Israel. But clearly she’s written this book with the uniformed and the misinformed in mind and most especially for university and college students.

Thus, Tishby devotes a whole chapter to BDS – the Boycott, Divestment and Sanctions movement that aims to shun Israelis and cast them out of the human family – a movement that’s based on college campuses and specifically aims to recruit young people.

Tishby tells about how BDS does inflict financial damage, but not on Israelis, on Palestinians who’d love to work for well-paying Israeli companies devoted to equality such as SodaStream. Unfortunately, BDS drove SodaStream out of the West Bank.

Tishby writes how BDS obscures its aims; namely to wipe Israel off the map and replace it with a Palestinian state, “from the river to the sea,” to quote their favourite slogan. And she details how “some of BDS’s most significant [financial] supporters … are also supporters of Hamas.”

Indeed, says, Tishby, “The BDS US campus operation represents a savvy rebranding of the Palestinian cause to make it more palatable – and you know, less terror-y – for the American people.”

We know the same is true for Canada. While Hamas explicitly proclaims it wants to kill Jews, BDS seeks to dehumanize Israelis and portray “Zionists” as people who deserve whatever terrorism they get.

Tishby’s book is ideally suited to the need. Not only because it speaks to the right issues, but because she’s passionate also on behalf of the Palestinians, too. Free Gaza. Yes, Tishby agrees. From Hamas! And let’s figure out how to help Palestinians who want to actually build a Palestinian state, not just get rid of Israel. And like so many, many Israelis, Tishby fondest dream is for peace.

But most of all Tishby’s Israel is right for young people because she speaks from the heart, not just about the facts and the history, but about her own experience and her family. And, yes, she drops a lot of F-bombs, but for my money, that just make her someone who’s easy to relate to – and she would’ve been just as easy to relate back when I was back in high school. 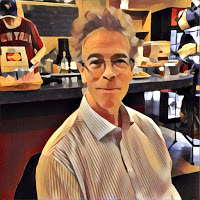 Brian Henry is a writer, an editor, and the publisher of the Quick Brown Fox blog. He teaches writing courses for adults and has written book reviews for the Toronto Star and for Books in Canada, and opinion pieces for the Toronto Star and the National Post. He was also a regular contributor to the (now defunct) Jewish Tribune and to the Engage and Harry’s Place websites in the UK.

This review was also published in the TheJ.ca here.