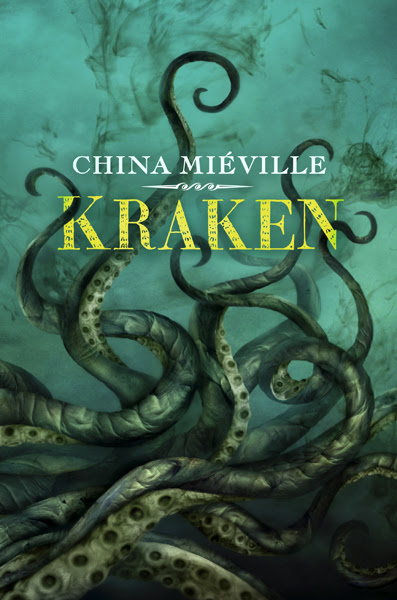 Every city has its underworlds, those places just below the surface of public awareness. In China Miéville’s novel Kraken, we are introduced to the underground culture of magery at the heart of present-day London.

This isn’t a culture of white-robed wizards or funny incantations. Instead, it’s a culture of faith, embedding extraordinary meaning into the ordinary; it’s a magical world that’s gritty and dangerous, pervaded by devout belief and fascination with the end of things. It’s also surprisingly realistic.

Kraken follows museum employee Billy Harrow as he is gradually introduced to the many facets of this magical underworld, following the disappearance of a preserved giant squid from the Darwin Centre. As Billy hunts for answers and dodges London’s major magical players, we as readers are along for the ride.

Initially, London’s underworld makes about as little sense to us as it does to Billy, and Miéville is masterful in his ability to help us understand things at the same rate as his protagonist. While this tactic can be a little off-putting to readers who prefer to have things explained quickly and clearly, anyone willing to plow through the first hundred pages or so of bewilderment will be amply rewarded.

Once you’ve made the plunge into this world, however, a few things should be kept in mind. Kraken is an epic story despite its real-world setting; a lot happens in this novel, and if you proceed too quickly it’s easy to get lost. The timeline of events can also be confusing, which was the biggest problem I had with this novel.

Nonetheless, you will be entranced by concepts like gunfarmers, angels of memory and Londonmancy, and the names “Goss and Subby” will quickly fill you with as much terror as they do the novel’s characters. Truly, Miéville presents a unique, compelling story, and I urge fantasy lovers to pick up Kraken and become immersed in a world unlike anything else. 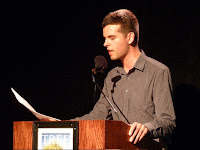 Brandon Crilly is pursuing a Bachelor of Education at Queen’s University, in Ontario, with the hope of eventually finding a job as a high school teacher. Aside from teaching, he plans to spend the rest of his life writing, exploring any intriguing concept and faraway universe that comes to his mind. His short fiction has previously appeared in CommuterLit, Ultraviolet, and 529: An Anthology, edited by Stuart Ross.