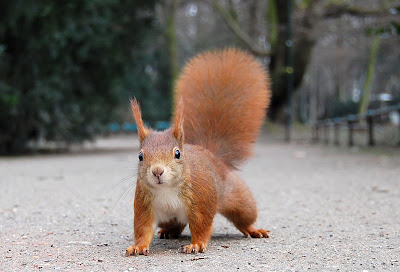 and flies
a streaking arrow released from a taut bow
fired thru underbrush
snaking round and round
tail to nose
an ascending trunk
his pursuer nibbling his heels
up-around up-around up-around
along ever-diminishing branches
shrinking narrower and narrower
weaker and weaker
till twig snaps:
he leaps he soars he’s gone
become a sailing flying squirrel...
free at last 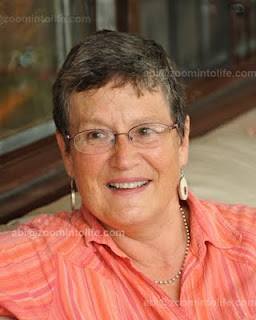 Elizabeth Barnes has been writing prose and poetry for more than 20 years. She is published in Canadian Voices Vol I and II. in 2002 she was short-listed for the Writers' Union of Canada short story contest for her story “The Yellow Dahlia.” She is a member of the High Park Writers’ Group, the Ontario Poetry Society and regularly attends meetings of the Canadian Federation of Poets. As well as writing, she takes photographs, sews wall hangings and is trying to improve her skill on the piano.

Elizabeth will be one of the writers reading her work at CJ’s Café in Oakville on Tuesday, September 13 (6:30 – 9:00). Everyone’s invited! More here.