Good news for book sellers: eReader owners could double, but print-lovers growing, too 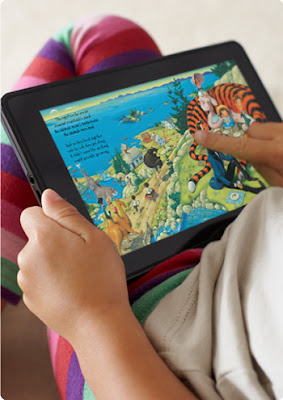 The latest stats on e-readers and print books suggests that the prediction I've been making that we'll move to e-books as the norm within a decade or so may be off. The number of people buying e-book readers (and e-books) continues to soar, but the number of people saying they certainly won't be buying an e-reader has also solidified at just over half (and in fact has increased marginally).

On the other hand, as I've also been predicting, the advent of tablet computers and colour e-book readers is set to cause a boom in e-book sales for children's books.

The next big trend – that's still over the horizon – will be when authors begin specifically to write for e-books and begin to incorporate colour visuals into their works, and books will begin looking more like this blog and other attractive on-line media.
– Brian

eReaders Owners Could Double, But Print-Lovers Are Growing, Too
(From Publisher’s Lunch)

For the third consecutive year, at Digital Book World later this month, Jack McKeown from Verso Digital (and Books & Books Westhampton Beach) will present original consumer survey data and analysis on consumer habits regarding both ebooks and print books, from responses elicited from over 2,200 respondents after November's "Cyber Monday."

By their results, ereader ownership could as much as double over the next year--6.4 percent of respondents are "very likely" to purchase, and another 9.9 percent are somewhat likely, with 15.8 percent of people saying they "already own" an reader. (That ownership percentage is roughly consistent with what Bowker PubTrack's monthly survey has found.)

But perhaps most striking is that 51.8 percent of those surveyed said they are "not at all likely" to buy an ereader in the year ahead, the first time that number has been above half. As McKeown observes, "While e-reader ownership rates have increased in a dramatic fashion since our first survey in December, 2009, so too has the level of resistance.

The dynamic movement highlighted in this data suggests that over time, consumers have moved out of the 'not sure' category in one of two directions: a.) toward actual ownership, or a high probability of near-term ownership of a dedicated e-reader; or b.) into the ranks of resistors for whom the devices do not yet offer a compelling 'relative advantage' to overcome their conservatism re: printed books."

Meanwhile, Verso found that even ereader owners continue to say they buy basically equal numbers of ebooks and print books. (That's echoed by Amazon executive Russ Grandinetti at Amazon, who confirms to USA Today what has been the prevailing trend at the etailer: print and digital sales are both up, but 'digital is growing significantly faster'"--at least in units.) McKeown writes, "This points to an evolving hybrid market in which print and digital channels will need to co-exist and supplement each other in order to satisfy the expressed consumer preference for both formats. This has interesting ramifications for the future of bricks-and-mortar retail, as well as for new formats such as bundled e-books/print books."

Will Tablets Fire the Children's Market?
With color reading tablets like Kindle Fire, the Nook Tablet and Kobo Vox selling strongly over the holidays and pulling consumers from plain old eInk reading devices, the market for digital children's books is poised for takeoff.

After initial strength from the iOS market and the Nook Kids, the new devices raise the question again of whether ebooks, enhanced files, apps or other platforms will lead the way.
…
Our own deal data confirms children's books as one of publishing’s key growth areas, and now the technology is prompting a real boost in digital children's products.