“The Meeting,” a short story by Bev Bachmann

“How long have we been coming here?”  Sam wondered more to himself than to his companion seated across the table from him at their favorite Tim Horton’s.

He and Jake had been meeting together once a week for years and it had become something of a ritual.  They usually discussed things like world events or sports or politics—the kinds of topics that had a negligible impact on their personal lives.

“I don’t know—twenty years maybe.”  Jake dabbed a serviette at the crumbs in his beard.  As a professional in the business world, he had been scrupulous about his appearance, but now that he was retired, Jake regarded shaving as more trouble than it was worth.  “Anyway, why do you ask?”

“No reason.  Just wondering.”  Sam turned his ever watchful eyes towards the commotion at the front door.  A boisterous group of teenagers had burst into the coffee shop and were cloistered around the counter, impatiently waiting to give their orders.  A few were clowning around, but, in general, they struck Sam as harmless.

“Or so innocent?” added Sam wistfully.

“That’s an odd thing to say,” Jake said, pushing his chair back and starting to get up.  “Anyway, I’m still hungry.  I’m going for a muffin.  Can I get you anything?”

Sam stared off into the distance as if distracted.  “Maybe an apple Danish,” he said finally.  He began digging into his back pocket for his wallet, but before he could fish it out, Jake was halfway to the counter.

Gloomily Sam studied the coffee grinds at the bottom of his cup.  He wondered if he dared to get things off his chest or if he should just continue to keep his mouth shut.

In a few minutes Jake was back.  “Here you go,” he said, handing over the gooey confection.  “I took the liberty of getting you another coffee.”  He placed a fresh cup in front of Sam.

“Thanks,” Sam grunted.  He stirred his coffee in silence.

“Nah,” Sam brushed the idea aside with a wave of his hand.

“Well, you seem preoccupied.”  A thought suddenly occurred to Jake.  Maybe, the guy was depressed about recently giving up his position at the university.  It was worth a shot.  “Listen, Sam, I’ve known a few teachers in my day, and they all gave me the impression that teaching is more than a job—that it’s something that gets in the blood.  Is that it? You miss teaching?”

“My career is part of the past.”  Sam shrugged philosophically.  “However, sometimes I do miss the adrenalin rush of standing in front of a classroom full of eager faces, but it had its down side too.  Besides, I got what I wanted out of it.”

“You mean Lucinda?”  Jake couldn’t help teasing his friend about the eighteen-year-old beauty who had been in Sam’s economics class twenty years ago.  Lucinda had managed not only to win his heart, but also to become his wife.

Sam shifted uncomfortably in his chair.  “I guess you could say Lucinda.”

“I remember it like it was yesterday,” said Jake with a big goofy grin on his face.  “You, the middle-aged professor crazy in love with a girl half your age, and Lucinda, your idolizing student hanging on your every word.  I used to think you two had a fairy tale romance—or at least it would have been if . . . . Well, if you hadn’t been married to Marge at the time.”

Sam’s faraway look returned.  The awkward pause that followed made Jake wonder if he had gone too far.  “I’m sorry, Buddy, I didn’t mean to bring up the past.”

“It’s all right.  You can talk about it.”  It was curious.  Sam suddenly realized he was no longer reluctant to broach the subject of his first marriage.  In fact, he wanted to talk about it.

Jake hesitated to go to the place the two of them had assiduously avoided for years, but maybe, with a few well chosen words, Jake could pull his friend out of his obvious funk.

“I know Marge was upset about your love affair with Lucinda, but a wife of eighteen years ought to at least leave a note of some kind before disappearing into the night.  She owed you that much.”

Sam’s face was devoid of expression, but his eyes never left the picture windows, where he watched as a steady parade of people came and went from the coffee shop.  The silence continued unabated for several minutes.  Finally, Sam spoke.  “Marge was a good wife.”

Jake was starting to feel weird, as if he and Sam were having two distinct conversations at the same time, and he wasn’t exactly sure what to say next.  “At least Marge’s walking out paved the way for Lucinda to come into your life.  And you two have been happy together for the last twenty years—right?”

“Sure.”  Sam took a vicious bite out of his Danish.

Sam couldn’t keep up the pretense any longer.  “Lucinda is seeing someone on the side.”

“I don’t know why I’m surprised.  I’ve suspected her of cheating for some time now.”

A look of unutterable sadness came into Sam’s eyes.  “When you hurt a woman as wonderful as Marge, I figure you get what’s coming to you.”  He seemed on the verge of tears.

“Listen, Buddy, everyone makes mistakes.  You can’t beat yourself up the rest of your life.  It’s not healthy.”

“I guess you’re right.”  Sam’s face was solemn.  “Still, I wish I hadn’t allowed my life to turn into such a dismal disappointment.”

“You’re being too hard on yourself.”  Jake’s tone was sympathetic.

“Why not?” Sam said miserably.  He looked at his friend with haunted eyes.  “Tell me something.  Have you ever made a mistake this big?”

“Yes, as a matter of fact I have,” Jake said quietly.

“And what was that?”

Jake studied the contents of his coffee cup with absorbed concentration.  Sixty seconds ticked by, and Sam began to wonder if Jake had forgotten the question.

“So, what was this great mistake you made?” Sam prompted.

Jake looked up from his empty coffee cup.  “Lucinda,” he said. 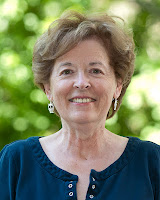 Bev Bachmann is a retired high school teacher who hopes to start a new career as a writer. Presently she lives with her husband and her Australian terrier in Mississauga.