Gabor rolled up onto the tips of his toes and placed the cold glass bottle on the counter in front of him. Keeping his eyes lowered to avoid the fierce glare of Mr. Bishop the shop keeper, he slipped his right hand into his pants pocket. He could feel the rough stitching along the seam where his mother had patched the hole that had worn through the thin cotton, and prayed silently that she’d sewn it all the way to the bottom.

His hand moved past the piece of string with the brass house key attached to it, the pencil stub and mauled eraser he’d snitched from his fourth grade classroom, and the tiny balls of lint that seemed to accumulate despite the fact that he emptied his pockets thoroughly each week before his mother did the wash. He dug down, anxiously seeking the tiny coin he’d tucked in the deepest corner of his pocket earlier that morning.

When he finally touched the thin edge of the dime, he pinched it tightly between his thumb and index finger and pulled it slowly out of his pocket.  His hand was shaking as he placed it on the counter beside the bottle. Would Mr. Bishop notice? Would he ask where Gabor had gotten the dime?  Would he question why he was spending money so foolishly?

Two dimes would buy a loaf of bread; five a carton of milk or a dozen eggs.  Gabor’s father barely earned enough to buy basic groceries for the family – there was never any extra for things like the pop and potato chips and chocolate bars his classmates enjoyed every day at recess.

So Gabor had taken matters into his own hands and stolen a dime from the wooden bowl of loose change his father kept on his dresser. If his father discovered the missing coin, there would be hell to pay.  But Gabor had taken the risk, and it was too late to turn back now.

When Mr. Bishop didn’t immediately pick up the dime, Gabor cautiously lifted his gaze. The old shopkeeper was watching him suspiciously, his dark eyes narrow under thick grey brows.  He lifted the coin off the counter, turned it over in his hand and examined it as if he suspected it wasn’t real.

“This your allowance?” he asked.

Gabor nodded. He’d never gotten an allowance in his life, but he knew what it was.

Mr. Bishop glanced over at the bottle Gabor had taken out of the cooler. Tiny rivulets of sweat were running down over its graceful curves, pooling on the counter.

“You usually come in here to get bread or milk for your mam,” Mr. Bishop said, leaning in just far enough that Gabor had to resist the urge to take a step backwards.

“You never buy nothing for yourself,” the man added. He inclined his head towards the bottle. “You sure you wanna spend this dime on that Coke?”

Gabor didn’t answer. He understood English well enough, but even after six months of living in Sas-cat-chew-won – the strangest name for a place he’d ever heard – he hadn’t quite mastered the speaking of it. Besides, he didn’t want to explain to this old Canadian that in his country – in Hungary – only the very wealthiest people enjoyed luxuries like Coca Cola.

The rest of the population could barely afford bread and eggs and cold meat and fish with the heads still on them.  His parents had said life would be better in Canada. So they’d packed up what little they had and come to this strange place of open skies and flat prairies and low lying towns.

But it hadn’t been better, at least not so far. The house they lived in was old and desolate and drafty, Gabor had to walk two miles to school – where the other kids teased him about his broken English and his strange clothes – and his father worked too hard to make too little money.

It wasn’t until Gabor had spotted the bottles of Coca Cola lined up in Mr. Bishop’s cooler that he’d considered the idea that Canada might not be as bad as he’d thought.

“Cat got your tongue, boy?” Mr. Bishop barked. Lost in his thoughts, Gabor jumped. He had no idea how or why a cat would have his tongue – or maybe that wasn’t what Mr. Bishop really meant – but he quickly shook his head back and forth.

Mr. Bishop’s eyes narrowed again. “You do something wrong, boy?” he asked.

Gabor shook his head more briskly. “Nem,” he murmured, quickly switching to the English word, “No.”

Mr. Bishop continued to glare at him. He tapped the dime he still held in his fingers on the top of the counter. “Empty your pockets,” he commanded. “I want to make sure you haven’t stolen anything.”

Without a word, Gabor removed the house key on the string, the pencil and the eraser from his pocket and placed them on the counter. From the other one he withdrew the rag his mother had given him for blowing his nose and a broken pocket knife he’d found at the side of the road. He put them beside the other items and dropped his hands back to his sides. He rubbed them up and down against his pant legs to wipe away the dampness that had formed on his palms.

Mr. Bishop regarded the small pile of Gabor’s meager possessions, but didn’t touch it. “That it?”

Gabor swallowed hard and nodded. Back home people got shot for stealing from shops, even when it couldn’t be proved. He didn’t think they did that here in Canada, but surely some form of punishment was meted out to thieves, or suspected thieves – even if they were only eight years old.

After what seemed like an eternity to Gabor, Mr. Bishop turned his attention to the cash register. He pressed a button, then another. The register dinged as the drawer opened.

“Okay,” he said, dropping the dime into one of the slots in the drawer. “Take your Coke and get outta here.”

As quickly as he could, Gabor stuffed his things back in his pockets, lifted the bottle from the counter, and backed towards the door.  Mr. Bishop was watching him again. He didn’t take his eyes off Gabor until he’d closed the squeaky screen door behind him.

Outside, Gabor tucked the top of the bottle under the opener that was screwed to the wall and popped off the cap. He caught it and placed it gingerly in his pocket – a souvenir he knew he’d keep for a very long time.

He moved around to the side of the building, leaned back against the rough clapboard wall, and slid down to sit on the dusty ground.  Then, finally, with the fear passed and sweet anticipation running through him, Gabor lifted the bottle to his lips and took his very first sip of ice-cold Coca Cola. 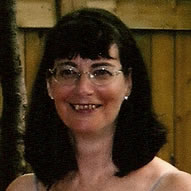 Margo Karolyi is a full time author who lives in Burlington, Ontario. A retired college professor, Margo writes contemporary romance novels, historic romantic novellas, short stories of all types, and the occasional poem. She also blogs about the ups and down of life on The Other Side of 55 here.