Welcome to Our World, a true story by Pat Weber

It was a rainy November morning.  I had been to the doctors just the Friday before with my daughter. “No sign of imminent delivery – come back next Tuesday,” the doctor had said.

It did strike me as unusual that my daughter rarely mentioned contractions, so when she called on the following Monday morning to tell me she was having contractions, I was quit blasé.  “Oh”, I asked, “where is Derek”?

“Driving Matthew to school”, she replied.

Why the hell would he leave her now? I thought to myself. “How close are the contractions?” I said aloud.

“Oh, there’s no time between them,” she said.

Surely not, I thought. If that was the case, I could not fathom that she’d be talking to me on the phone.

“Call me when Derek gets back.”

I hung up the phone and started to second guess myself.  What if it was true?

I hopped in my car and began to hurry down Appleby Line.  The rain and the morning traffic made progress slow.  I could feel panic arising in my chest.  I debated phoning, but if I pulled over – or didn’t pull over and got stopped by the police –  it would delay my progress.

I gambled and phoned. No answer.  My anxiety began to reach new heights.  I knew Mark, my daughter’s 14-year-old, had not yet left for school.  Why would no one be answering the phone?

It felt like an eternity until I arrived at their house. No sign of a car in the driveway, I noted.  I ran inside the house and was greeted by the sight of my daughter kneeling, half-dressed and clutching to the side of the couch. Mark was on the phone. “Ya mean paper towels?” he was asking.

Never have I seen a phone passed off so quickly. It seemed like Peyton Manning tossing pigskin. This teenager had never moved as quickly as he did in that moment when to his relief he had to leave the room to find towels. (Real ones, not paper.)

I held the phone now and I had never before been as mindful as I was listening to the voice of the operator. “Can you get her lying down?

Barely, for by then, my daughter was in the full throes of contractions and less mobile than one might imagine.

Mark returned with the towels but we had no time to even position them.  Little Megan decided to arrive without further warning.

There I was on her living room, floor with my hands in places I had never imagined they might be, delivering a baby. I’d been calm up until then or in some altered state of being where I was doing what needed to be done.  I cannot tell you how long the delivery took but it could have been in the Guinness Book of world records.  My daughter had a few contractions and there the baby was en route.

As the operator was coaching me about how I would need to turn the shoulders, I freaked out:“ Something’s wrong. The baby is grey!”

Psychologically, I had shifted from the present moment to a memory of babies who had died in hospital and the presenting color was similar.

“Could it be the hair?” the operator asked.

Hair? I didn’t even have time to digest the question when I saw EMS personnel walking in the front door

I was not expecting EMS and had not thought about their arrival.  Did the telephone operator tell me they were on their way? I can’t recall, but I was glad to see them. Delivery of the shoulders was the next step, but I heaved a sigh of relief and cheerfully relinquished my position to the EMS personnel.

About a minute later, we had a healthy beautiful granddaughter.  Off went our daughter to the hospital.  A quick cleanup and off went grandma to tell the story.  Off went Mark to a new school day – well, doesn’t everyone’s day start like that?

Mark and I have been dubbed the dynamic delivery duo!  Mark and Megan seem to have been bonded forever by the experience. 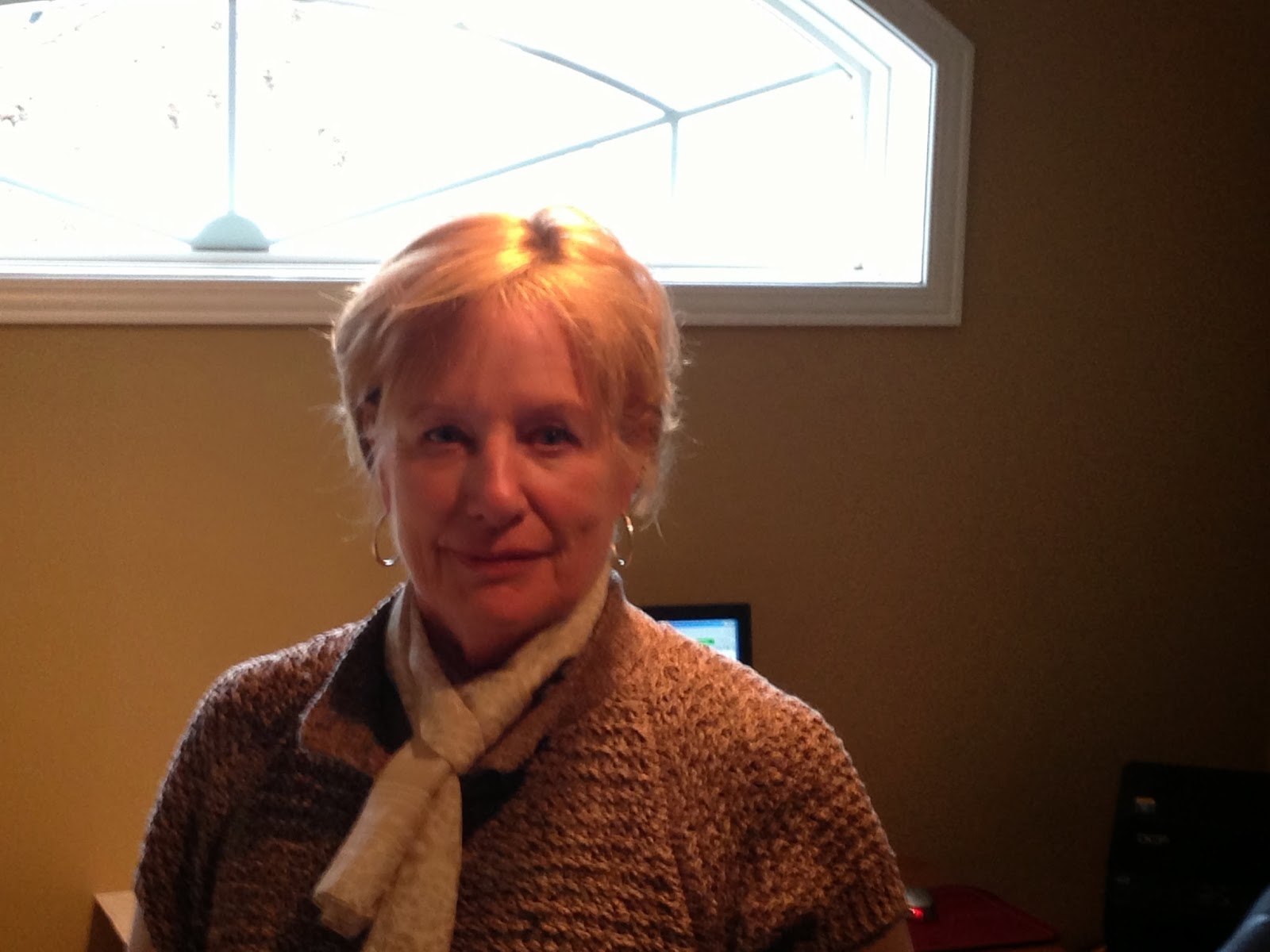 Pat Weber is a former teacher, trustee and hospital chaplain. She loves the outdoors, travel, hiking and walks. She loves her family, and keeps busy chasing after her grand kids.

Pat wrote this story for our “Writing your life & other true stories” class in Burlington. The next session of this course will be on Tuesday mornings, starting April 22. See here. To register or for more information, email brianhenry@sympatico.ca