“An Unforgiven Life” by Fiona Kirby

His hands were tied behind his back and he was kneeling in front of the red-draped altar. He began to sway from side to side before slumping over and landing with his face in the red velvet fabric of the altar.

The candles flickered as a dark, vaporous shape moved quickly down the vestibule towards the front of the holy sanctuary.  A quiet moan arose from the heap on the floor and the vaporous shape took on physical form in a kneeling position over the heap.

The words echoed in the vast chamber, barely audible at first, like a whisper on a gentle breeze, repeating over and over again.

A sudden gust of wind blew through the building and all the candles extinguished leaving little grey fingers swirling up towards the beams on the high vaulted ceiling.

The heap stirred and began to moan quietly at first, but as the incantation continued, the moaning got louder and louder until it was a blood-curdling roar, at which point the corporeal spectre rose up and took form as a man standing.

The heap on the floor began to shake and shudder causing the gold and silver goblets and decanter to chime an eerie tune to accompany the mantra. The spectre turned to face the crucifix hanging at the back of the sanctuary and raised his glowing red-orange hands up towards it.

As the heap continued roaring and the incantation continued over and over, the crucifix began to move.  Slowly it began to rotate in an anti-clockwise direction until it came to a stop at one hundred and eighty degrees from where it started.  Upside down, it halted and the roar ceased and gradually the incantation got quieter. The heap on the floor had managed to break the thick rope that had bound his hands and was now trying to push itself up onto hands and knees.

“Your time is nigh, nephilim. Your dark side has not yet fully awakened. You need to remain hidden to rest and grow strong. Keep your eyes covered until you are fully regenerated and do not consume any sustenance, nothing may pass your lips except what I have prepared and given to you,” a disembodied deep baritone voice says as the spectre drops his hands from their extended position.

The spectre leans over the heap and takes him by the shoulders to heave him up into a standing position. The heap, once fully erect, stands an impressive eight feet tall.

A disembodied baritone chuckle resounds around the sanctuary, “You, my young one, are going to be the best one yet. I see a dark future before us: you and me walking side-by-side conquering this world and the next. But first, time to rest.”

As the spectre stands before the heap he grows taller and broader before becoming a dark cloud mass that leaves the building like a swarm of bees.

The heap, now no longer a heap, but a big, wide-shouldered, muscular being turns to begin his hunt for a lair in which to become.

Looking at the world through eyes that are slightly out of focus and in which everything appears in shades of black and white he begins his primitive existence. Not being able to venture out into the light of the world outside the church he begins a search for a suitable place to regenerate.

The narrow staircase accessed through a doorway at the back of the Holy of Holies takes him up into the highest recesses above the painted ceiling, which is now a level below. Down a dark and dusty corridor he stops before a great wooden door that looks ancient. It has a big rusty ring as a door handle and instinct enables him to open the door which reveals a room blanketed in dust. A large round window looks out into a dark night sky. “Hmm”. The nephilim utters his approval into the empty room, “Willus maktrus doen”.

The window is high above the lights of the city below and keeps him hidden from inquisitive street-level eyes. The darkest corner of the room draws the nephilim nearer to begin the first phase of his regeneration. Settling down with his back to the wall of the ancient room he closes his eyes to begin his first sleep. “Voren shifakten biden te Shehovin mis lieven behoven,” he whispers silently for a peaceful sleep.

His prayer is not met with the peace he asked for but is riddled with a myriad of frenzied scenes flashing from one to the next. Profound cruelty and torture juxtaposed with scenes of such peace and beauty that it is hard to fathom how such opposing scenes can exist within one mind. He is woken abruptly by the very human sensation that disturbs many a peaceful sleep, the sense of falling rapidly from a great height.

“Gesfroken!” he shouts into the dark night. His heart is racing and a layer of cold sweat covers his body in a sheen that, had he been seen, would have left the beholder breathless.

Once his heart has steadied he looks around the room. Even though he knows the scenes that disturbed him were dreamscapes, he still feels the need to make the instinctual observation of his immediate surroundings. On the floor near the door he observes a brown paper bag that appears to be moving. Crawling along the floor to retrieve the bag he senses the coolness of the stone under his hands and knees. Across the front of the bag one word is written in English, “Eat.” 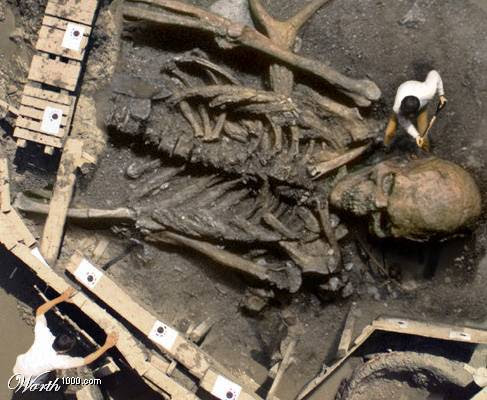 “Hum, te sproken te barbare.” He utters quietly to himself. He wonders why the message, obviously meant for him, is written in the language of the barbarian human. It vaguely bothers him that he can understand it, let alone, read it.

He opens the bag to reveal a live rat, a big one that he assumes he is meant to eat as is. Opening his mouth he uses the index finger of his right hand to feel his top row of teeth. Quickly withdrawing his hand he looks at his finger. Beads of blood prickle to the surface in a short row. This too, is a little disconcerting. What was he becoming and why?

Hunger pushed back all thought of the abnormal in order to be satiated. He ripped into the squealing and writhing creature and closed his eyes as he savoured and relished the warmth and tenderness of the flesh and pulsing ooze of the creatures life-force as it infused with his and felt the miniscule surge of power it gave him.

All too soon there was nothing left of the little morsel, besides the bones. These he flung across the room to land in the corner with a faint rattle. Suddenly the urge to sleep overtakes him and he crawls back to the wall where he had lain before. Settling down, he finds cold comfort in the wall at his back, he barely has time to think about what has just transpired before the darkness of sleep envelops him once more.

Fiona Kirby is the mother of two teenage daughters who keep her very busy doing projects and shopping. By day she is an early childhood educator in Burlington and by night she is a writer (and housewife) in Oakville. She enjoys writing fantasy/supernatural stories, but has written some memoir type stories as well, which draw on experiences in South Africa and Botswana. She looks forward to a few more years in Canada to incorporate Canadian experiences into stories.