“A Murder of Crows” by Deborah Stock 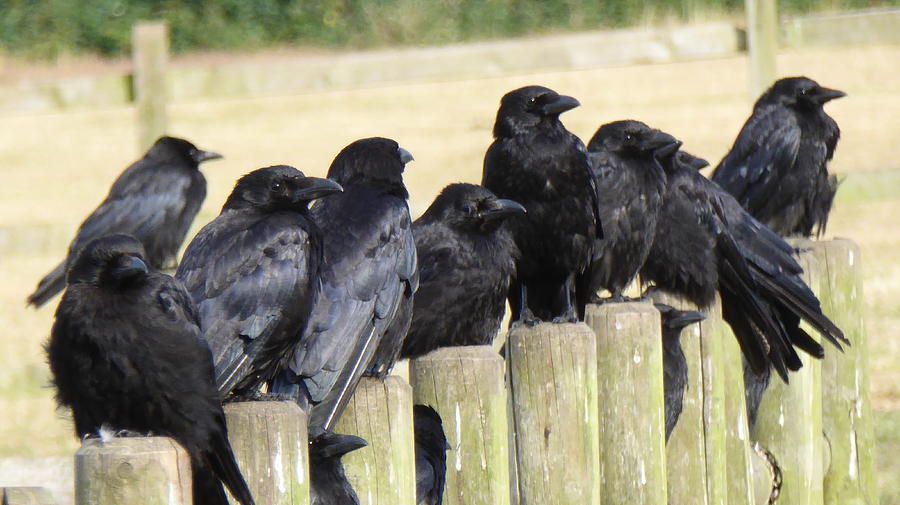 There were 47 of them. They looked like sentinels in long black jackets, perched along the fence and dotting the Manitoba Maple in the corner of the yard.
Agnes grabbed a bucket and filled it with peanuts that she had stored in a large Rubbermaid garbage can. The can stood beside a door that led to the backyard. She hobbled out the door, across the deck and down to a crispy patch of anemic grass. The crows watched as she scattered the peanuts and then as she shuffled back onto the deck. It wasn’t until she dropped into a rusty lawn chair that the crows parachuted amongst the peanuts, squawking violently as they foraged their daily treat.
Roger was still inside the house. He stood tentatively on the opposite side of the screen door, a little freaked out by the scene that was unfolding.
It was a call, yesterday, from a neighbour that prompted Agnes’s nephew Roger to check on his old aunt.
“I hope you don’t mind, I got your number from your old girlfriend, Michelle.” She said “Michelle” like it was a question. “She’s my hairdresser’s neighbour’s cousin.”
This was how Mrs. Cheeseman began when she’d called him yesterday.
“The neighbours are awfully worried,” she’d said.
And now he could see why.
He’d let himself in when his aunt didn’t respond to the doorbell. His jeans draped over his legs like deflated balloons hanging limply from a string and he’d hiked them up over exposed Blue Jays boxers and skinny ankles as he navigated his way over heaps of unread mail, yellowed newspapers – and who could be sure what else. Taking off his Nikes hadn’t even crossed his mind.
He found her in the small bedroom in the front corner of the house with the curtains blacking out the morning sun. In the dim light, he could see the single bed pressed up against the wall and mounded with bunched up clothing and plastic bags stuffed with more plastic bags. Dotted throughout the heap was a cacophony of random items: a dishpan, a carjack, assorted scraps of paper, a bunch of tin pie plates, a flattened Bran Flakes box, a golf club.
It briefly crossed his mind that he’d never known his aunt to play golf. 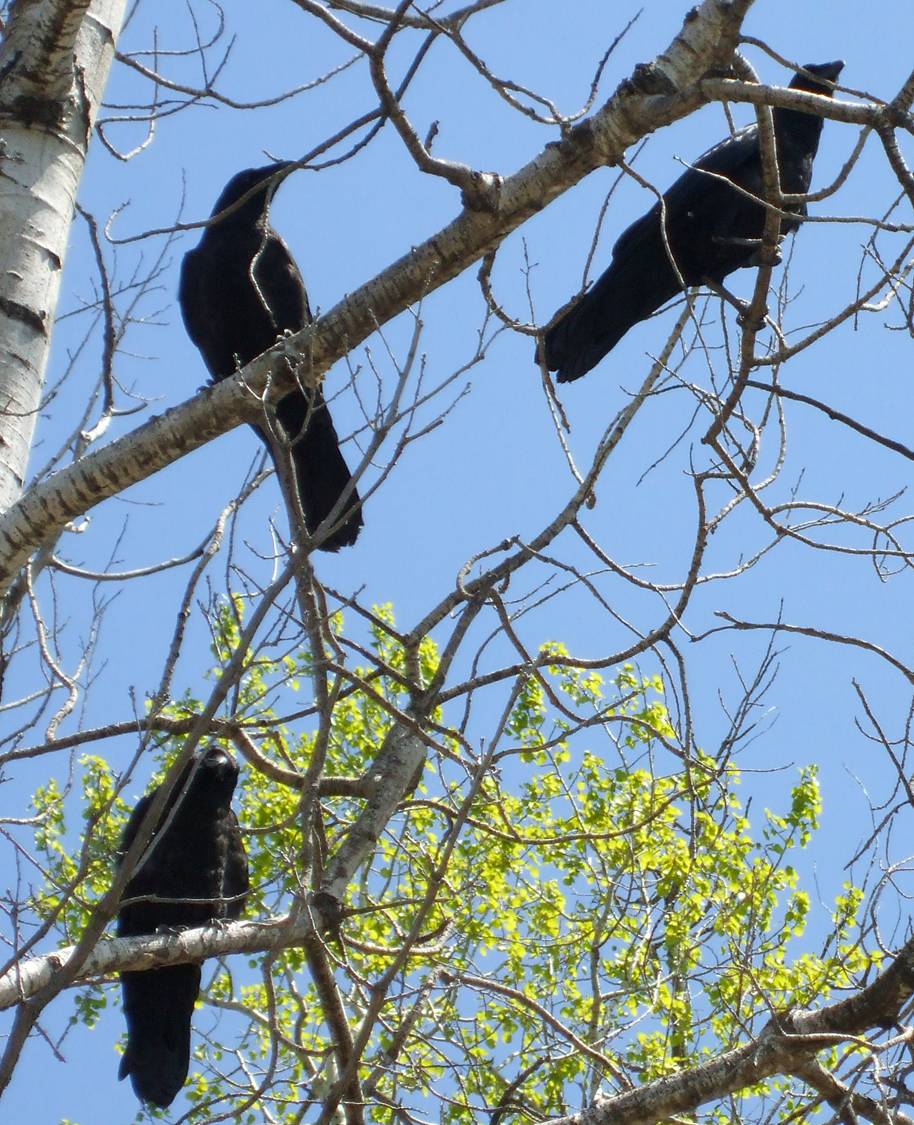 She was sitting in a threadbare recliner in the corner of a bedroom, flanked by a couple of TV trays piled high with moldy tea cups and crusted over soup bowls with sour milky spoons stuck to their edges. Empty cookie packages had been dropped amongst the crumbs that littered the floor around her feet. The glow of a tiny television illuminated her in a ghostly blue light, eerily accentuating the deep furrows on her somber face and setting her stringy grey hair ablaze.
“Aunt Agnes, it’s me Roger.” He had yelled to be heard over the staticky din of Suzanne Somers demonstrating a ThighMaster. “Just came by to say hi.” A weak smile hadn’t quite disguised his consternation, and it took some work to choke down the nausea being churned up by the dense rancid air.
Aunt Agnes had never really cared for Roger and she’d never worried about letting him know it. As far as she was concerned, he was completely lacking. She’d always compared him to a button hole: okay for the smallest of tasks but, without a button to help him out, he was useless. A zipper had a lot more pizazz and was entirely self-sufficient – and a zipper didn’t leave any gaps.
Roger’s older brother, William, was a zipper.
This was one of the reasons Roger had been avoiding her. The scant bit of self-esteem he clung to struggled hard enough already to keep him going; it didn’t need another kick in the head.
The last time he saw Agnes was at the funeral of her sister, Celia. At that time, she was her classically adorned, pink lipstick-ed, seamlessly bouffant-ed, surly self. He wasn’t sure what had possessed him when he’d decided to embrace her. It was something he’d played over and over in his mind since it happened. Had he simply acted out of obligation? A socially normalized conveyance of sympathy done without ulterior motive? Or was he hoping beyond hope that their mutual grief about the loss of the gentle-hearted Celia would somehow reach beyond their years of discord and finally melt away her disdain for him?
It turned out exactly how he would’ve expected had he given it proper forethought. The embrace was met with a stiff, stone-faced silence. When he let go of her, she literally brushed the Roger off her suit dress, smoothed back her hair, cleared her throat and then turned abruptly away from him. When he was out of her line of vision, her countenance swiftly transformed and she scurried, grinning and gushing into the Gucci-suited arms of William. Roger stood alone, sensing the humiliating gaze of empathetic onlookers and once again felt pathetic.
So now -- even beyond the strange and disturbing circumstances in which he now found his old aunt -- he was stunned when she turned toward him and broke out in a huge scraggly-toothed grin.
“Roger! I’m so happy to see you! You’re just in time.” 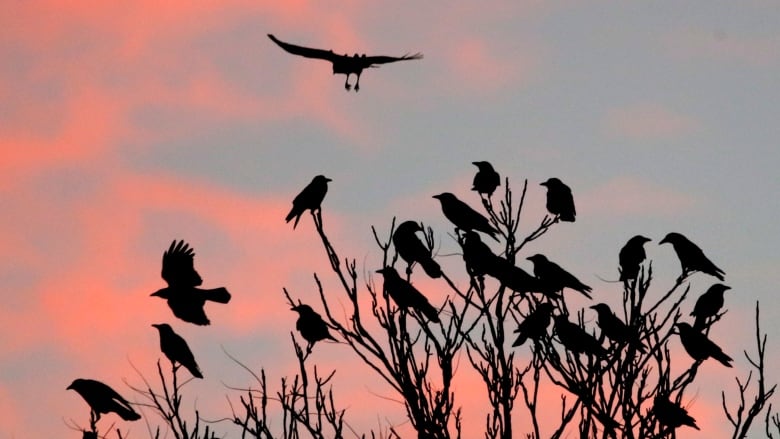 She wiggled her way clumsily out of the recliner, shuffled through the litter to where he stood and grabbed him by the hand. She chattered gleefully about this, that and the other thing as she pulled the perplexed Roger through the house. As they moved further from the noise of the television and made their way into the kitchen, Roger began to hear the piercing squawks coming from the back yard.
“Come and meet my friends,” she said.
Roger’s breath caught in his throat when he spotted the massive cluster of birds through the kitchen window. He pulled his hand free from Agnes’s arthritic grip and stepped back. He was not a fan of birds of any kind, much less creepy beady-eyed, cackling evil ones.
“It was just that one, at first.” She pointed with her gnarled finger toward the fence. “I heard him tapping at my window. Called him Edgar – you know, as in Poe?” She searched his face for acknowledgement but his stare was blank.
“Like the raven…in the poem?”
Again. Blank.
“Once upon a midnight dreary?”
Nothing.
She sighed and carried on.
“Anyway, there were 47 of them when I counted the other day! Can you believe it?”
When she grabbed the bucket of peanuts and headed outside, Roger considered stepping out and pulling her back to safety, but then the funeral came to mind. Instead, he quickly reached over and pulled the door closed behind her. He watched through the screen with his mouth agape, hugging himself with wobbly arms, playing in his mind what he should do if things began to go horribly wrong. He held his breath as she completed her task.
When she returned to the deck to watch the birds feast, she noticed him hiding behind the screen door.
“Oh Roger,” she said. “They’re perfectly harmless. Don’t be a ninny.”
Roger stayed where he was. “Well, yeah, I see they really do seem to be appreciating the peanuts,” he tittered.
He was completely unconvinced that these birds were harmless. In fact, it crossed his mind that this uncharacteristically affable demeaner of Agnes’s was just a ploy to draw him out there into the yard so that they could attack him. Wouldn’t she just love that? To see him being pecked to pieces by these creepy creatures.

When the peanuts were devoured and the birds headed back to the trees, Agnes grabbed a nearby rake and ventured back down to the lawn where she commenced raking up the peanut shells. He knew she would look more favorably upon him if he went and helped her but the birds continued to linger in the trees so he stayed where he was.
“Roger, could you be a dear and fill that bucket up with peanuts again. I think they’re still hungry.” She smiled sweetly.
Panic gripped him and he swallowed his gum. This would be another one of those complicated tests of manhood. Time to buck up, he decided. He eased the screen door open and, reaching with his leg, he hooked the bucket onto his foot, pulled it into the house and quickly shut the door. He filled the bucket, steadied himself --- And then, heart pounding, brow sopping, in one swift and breathless motion he charged intrepidly out the door and down the steps with peanuts in tow.
It was just as he got to the bottom of the steps that he realized that the hastiness with which he lunged out the door and down the steps had startled the waiting crows. They blackened the air around him, screeching and swooping and diving at his head.
“Roger, you idiot!” He could hear Agnes’s squawks as clearly as those of the birds. “What the..? You stupid nincompoop, button hole ….”
That was all he heard because at that point he flung the peanuts into the air where they flew toward Aunt Agnes who was shaking her rake viciously at Roger. The crows snatched some of the peanuts out of the air. Some peanuts landed on the lawn. But many landed on top of Aunt Agnes. They were caught in her hair and on her clothing, some of them had worked their way down her shirt and a few fell into her rubber boots and into the pockets of her cardigan.
Roger flew up the stairs and into the house. When he looked back to pull the screen door closed behind him, he saw a massive mound of flapping, squawking, pecking crows, below which could be seen wisps of a struggling Aunt Agnes. He turned his back and ran full tilt through the house, kicking through the debris, out the front door and into the safety of his car.
He sat for a moment until his heart slowed and then he looked down at his shirt and noticed that he’d lost a button in his struggle.
He brushed himself off. And then he went home. Perhaps manhood wasn’t so complicated after all. 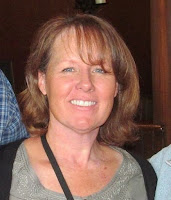 Deborah Stock is from Waterloo, Ontario. After leaving her career as an elementary school teacher, she is having a blast hiking with her dog Finn, travelling, reading, harassing her 3 grown daughters and exploring this whole captivating world of writing. She is currently working on her self-discipline so that she will finally finish the novel that’s been floating around in her head for almost a decade now.