“Garden of Eden” by Nadine Rodrigo 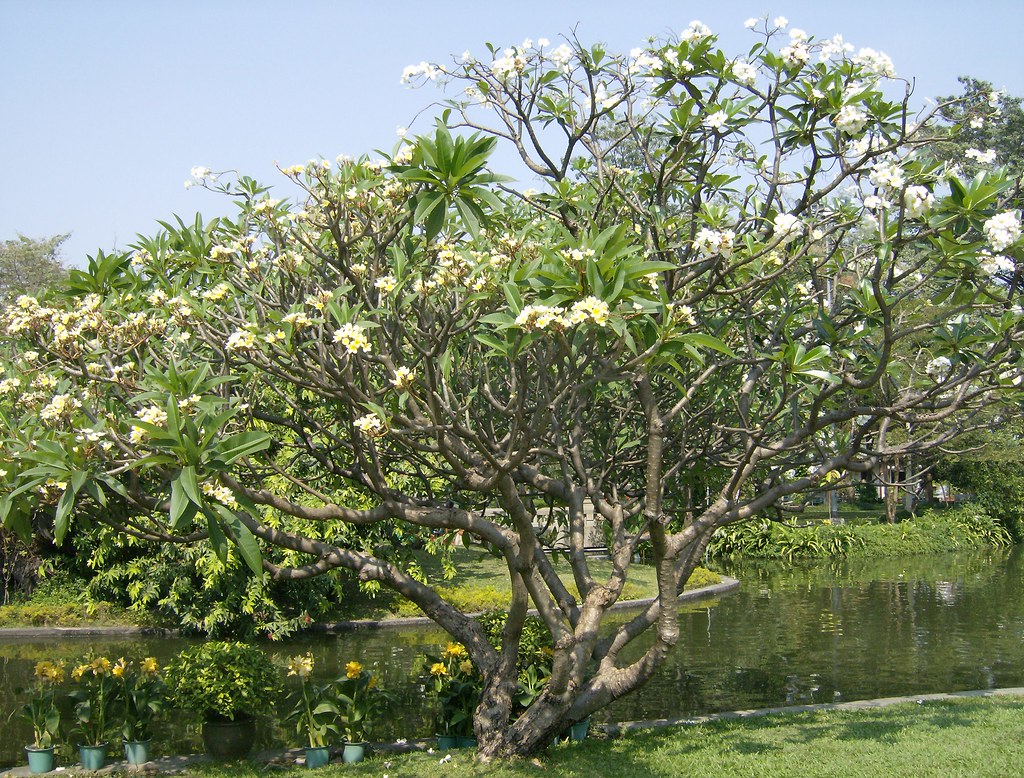 The frangipani tree overflows with milky white flowers, its centres garnished with liberal brush strokes of yellow saffron. It perfumes the air, and a sprinkling of fallen blossoms decorates the lawn. The morning sun promises the perfect temperature for a lazy day.  Kumari, Ramesh, Savi and I sprawl on a straw mat in our garden under the shade of our favoured tree.
The school break is well under way and I pull out a scrabble board, having already played cards, monopoly and checkers.  I drag an old crate for a table and Savi, my younger sister, unearths a discarded tire for a seat.
Soon, we’re deep into the game, and Kumari, my friend who lives next door, comes up with words that we’ve never heard of and she takes forever when it came to her turn.  My brother Ramesh is getting irritated.
“Come on Kumari, how long are you going to take?”

She doesn’t bother to answer, concentrating on her next mysterious word.  Savi lags behind in points, she is bored. She plays with her hair, looks at her red nails, notices a chip, and starts chewing on it.  Ramesh is about to berate Kumari again when my mother appears with tall glasses of lemonade.  Eager hands reach for the drinks. Ramesh gulps his down while Kumari absentmindedly sips hers.
The shrill sound of barking shatters the gentle morning. Startled, I drop my glass. Charlie Brown and Lester, my pet dogs are at the edge of the garden where the tall grass and bushes grow wild after the monsoon.  Their hair is raised on the ridge of their backs and they bark ferociously.  We dash across the lawn to investigate.
“Stop making such a racket you two, Mom will yell at -”
I freeze.
Behind the long grass is a huge cobra, half raised, hood expanded, it stood, majestic and mesmerizing.  Transfixed, we stare at it until Kumari starts howling for her mother.
“Charlie!  Lester! Come back! COME BACK!”
I scream at the top of my voice which quivers, barely producing any sound.  I struggle to grasp them by their collars but I am hauled back by my mother who is behind me.
“Priya, what do you think you are you doing? Don’t you know how far it can leap?”
My mother wails and prays simultaneously.  I wish my dad would return home soon from work.  Kumari’s mother hears the commotion and joins us, breathless and barefooted.  She clutches Kumari close to her when she sees the cobra and pleads, “You must not harm the king cobra. If unprovoked, it will go away on its own.  If you kill it, you know it will come to haunt you.”
She is superstitious like many others, and I hardly know what to believe.  The dogs bark relentlessly, but the cobra does not budge, only swaying slightly with the movement of the dogs. It hisses, fangs exposed ready to strike.  Charlie Brown, the dachshund, runs back and forth on its short legs, his sausage like body barely above the ground. Lester, of unknown origin stands a foot taller. He snarls with his teeth bared, prepared to attack. 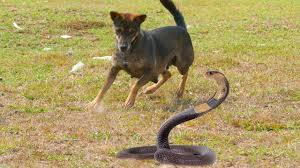 In next to no time, a crowd has gathered to watch.  The neighbours holler conflicting advice, Ramesh and the boys rummage for stones; Savi and I cling to each other sobbing, terrified that the cobra will surely kill my pets.
Finally, it sinks into the grass, and slithers away.  The cobra moves its long body swiftly, the dogs unaware it has vanished, continue to bark.
The familiar sound of our car signals my dad is home.  Relieved, I rush towards him and hug him and hold my pets tight. Everyone gathers around to relate the story, including the brave heroes of the day, Charlie Brown and Lester.
The scrabble board lies upturned and abandoned, under the tree. Exhausted by the day’s events I sit beside the scattered letters wondering where the King cobra disappeared to.  I pick up the letters to place them in the box, and by habit, form a word. The letters in my hand spell, COBRA.  I shiver, and fling them into the box.
The frangipani blossoms appear ghostly white.

Nadine Rodrigo was born in Quebec  and grew up in Sri Lanka, which has influenced much of her writing. She sees writing like having a baby: you give birth to your story, nurture it tenderly and rein it in when necessary and hope the ultimate result will be splendid.