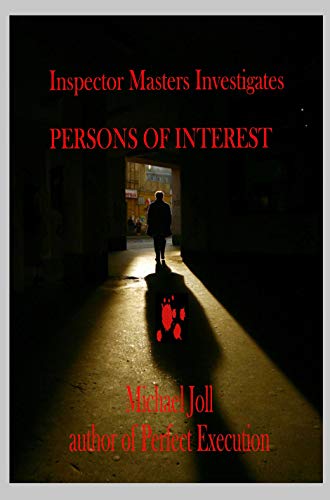 The first story, “Death by his own Hands” is an fascinating conclusion to another of Joll’s stories, “In Singapore” (found in the short story anthology Our Plan to Save the World) which ended with a break up, the theft of a gun and the possibility that a young aimless piano player would end up being shot. “Death by his own Hands” reveals what really happened. I suspect Joll’s creative muse wouldn’t let him rest until he figured out the fate of that young man, and so Inspector Masters was born.

Masters’ world also drew me in. This collection of connected short stories is set in rough chronological order between 1924 and 1943. The stories follow the cases and career of British middle-class Masters, veteran of the Great War, during his stint as a colonial police officer in Malaya (present day Malaysia and Singapore).

British colonial life in this far-flung backwater of the Empire is laid out before us in all its racial and class divides. It’s very messy — from a boss who insists that only natives (i.e., non-whites) commit crimes to upper class Brits looking down their noses at Masters to feckless young men psychologically scarred from the Great War. And, always, there’s a beautiful — but unattainable — woman who catches Masters’ eye.

This murkiness allows for not-so-clear-cut villains and solutions to crime cases that do not always result in an arrest and conviction, but somehow come to a satisfying conclusion. Masters does not always follow the letter of the law, but his basic decency shines through regardless.

Though I enjoyed these stories, I had two wishes when reading them.

Firstly, I wished that Masters wasn’t so stiff-upper-lip (even when falling in love). Hell, we aren’t even told Masters’ first name — a conceit perhaps borrowed from Colin Dexter’s Inspector Morse series? I don’t know what I’m supposed to get out of such a straightforward mostly non-personal narrator. Even when he’s describing his admiration for a good-looking woman, he’s so matter-of-fact that I was kept at a distance and so I felt I never got to know the man’s inner workings.

Secondly, I thought that some of the cases were too quickly and easily solved.

But these are small wishes for a book that was otherwise a great read.

Nancy Kay Clark is the publisher and editor of ezine CommuterLit.com and is an award-winning writer and editor based in Toronto, Canada. She has worked with both nonfiction (magazine) and fiction writers in a career that spans 20 years.
This review was previously published on CommuterLit here.
For information on submitting to CommuterLit, see here.