"Waiting for Barney," an appreciation of Mordecai Richler & a review of Charles Foran's "Mordecai: The Life & Times," by Beverly Akerman 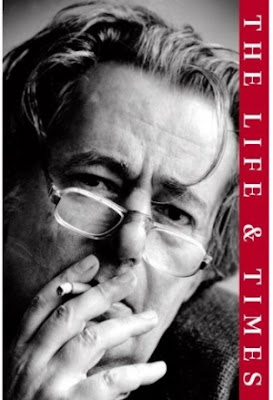 The first novel by Mordecai Richler I read was Son of a Smaller Hero in the late ’70s. I was a McGill undergrad in an intro to CanLit class taught by a Caribbean member of the professoriate, the punchline to the course being: there’s no such thing as Canadian literature because lit-rah-chure is universal, don’t you know?!

Though set in the same Mile End district as later works Duddy Kravitz and St. Urbain’s Horseman, Son of is worlds away in sensibility – dark, angry, and bitter, unleavened by any of the renowned Richler ribaldry.

I’m pretty sure I acquired St. Urbain, Joshua Then And Now, and Solomon Gursky was Here through the Book-of-the-Month Club (something you won’t often find a literary writer admitting), in the late ‘70s or early ‘80s. And while Gursky is, by some accounts, supposedly Richler’s masterpiece, I had to force myself through while the other two I read with pleasure, and more than once.

Here was a Montreal I could still see evidence of, if only in broad strokes. Sort of like those chalk outlines left over at crime scenes. It wasn’t my Montreal but, in fact, my parents’, especially my father’s. But where my father was the good son – who stayed close to and cared for his parents, no matter their faults – Richler was the angry young man who flung himself across an ocean to drink, fuck and write himself into adulthood ... more

Beverly Akerman spent the better part of two decades in molecular genetics research, learning more and more about less and less. Skittish at the prospect of knowing everything about nothing, she turned, for solace, to writing. She’s been published in The Antigonish Review, carte blanche, Descant, Grain, The Nashwaak Review, Vocabula Review, and Windsor Review, among many others and has received 3 Pushcart Prize nominations and one each for Best of the Web and the National Magazine Award. This year, she won an Editor's Choice Award for Best New Writing 2011 and the David Adams Richards Prize for her soon to be published collection, The Meaning of Children. It pleases her strangely to believe she’s the only Canadian fiction writer ever to have sequenced her own DNA.  Beverly blogs here.