The wind of change blows straight into the face of time, and, living in the epoch of postmodernism, many writers know little about the essence of the genre, although they write according to its canons, and very successfully at times. I want to talk (briefly) about the history and the main signs of modernism and postmodernism. I do believe any aspiring author must know the roots J.

Modernism is the direction in the literature of the late XIX – early XX century, characterized by a departure from the classic novel in favor of the search for a new style and a radical revision of literary forms.

Modernism gained its strength at the beginning of the XX century. The best-known representatives of the directions are W. Faulkner, E. Hemingway, F. Kafka, T. Mann, V. Woolf, and others. Most of all, modernism was distinguished by the desire to be different in practically everything. However, there were some especially bright moments:

Experiments with literary forms. The authors of the new generation were trying to move away from the traditional form of the novel. They introduce a fragmentary construction of the storyline. We can see the story on behalf of several characters, often with opposing viewpoints.

Mindflow. This is probably the most grandiose change that modernism brought to us. The stream of consciousness overturns all notions of literature and ways of presenting information. It allows the reader to capture the movement of thought and express complex nuances of the internal state, which were previously unavailable. Undoubtedly, the desire to reveal the inner world of the protagonist is one of the greatest achievements of modernism.

The theme of war and the "lost generation." The beginning of XX century along with the First World War and the Great Depression greatly affected the topics of works of modernists. Of course, the focus was still on people, but the issues discussed in books of that time were quite different from the novels of the XIX century. The topics of the new century are more global.

Another important point is that the requirements for the reader have grown rapidly. Realism does not imply any reader training, deliberately disclosing everyday topics understandable to everyone, while modernism tends to be elitist. "Ulysses," one of the greatest works of that period, clearly demonstrates that modernism is designed exclusively for well-educated readers.

Well, due to the phenomenal breadth and complexity of the phenomenon, that’s not so easy to give an accurate definition of postmodernism. However, one thing is clear: it’s opposite to modernism. Simply put, postmodernism is what happened after modernism and rethought it. This cultural phenomenon of the second half of the XX century rejects the basic principles of modernism and uses elements of various styles of the past, often with irony.

An important difference between the literature of postmodernism and modernism is that the first is closely related to the popular culture and has a huge impact on it. This became possible not only because of the simplicity and wide availability of books but also because of the numerous screen adaptations.

And this connection with mass culture, though it may seem at first glance evil, in fact, is very important! Once written, the work is not lost somewhere on shelves – it continues to live and develop in the form of films and TV series, video games and numerous references in other books, etc.  The rules have changed, and never, perhaps, they have been so liberal.

Let's talk a little bit about the distinctive features of postmodernism:

Irony and dark humor. The first thing that catches the eye in the literature of postmodernism is a change in the attitude of authors towards their style, the tone of the narrative. In what is it expressed? Earlier, writers-realists have raised serious social themes, placed characters into the center of the acutest conflicts, both personal and social, which often ended tragically, but now writers often sneer at the problems of modern society. Many go even further, and tragedies become a breeding ground for black humor.

Irony is the most powerful tool in the hands of the modern author. And it is no accident. Ironically, in my humble opinion, there is an escape of a thinking individual against the pathos of pop culture. Although pathos and irony are the two sides of the same coin, many readers refuse to identify themselves with popular culture. Smart authors just use it to their advantage J.

Intertextuality. From the viewpoint of postmodernism, borrowing is a sign not of the bad taste but rather high cultural level. Borrowing reminds me of a game with the reader: the author flatters the reader’s ego, putting in the story elements that a smart reader will recognize. In general, we have come to the state when the media space is full of repeated images, archetypes, and situations that we've all seen a hundred times. And here is the point when irony comes!

A mix of genres. Authors have not abandoned experiments with form. More and more often we see a mix of genres, especially in household plots combined with fantasy elements. And often it turns so well that gives rise to new genres, for example, magical realism – an original and very interesting area, an example of the impact of postmodern ideas on well-known motives.

First and foremost, the young author should realize that he lives in the era of postmodernism. Not in the XIX century among the geniuses of literature and ignorant serfs but the information space of a planet where themes and motifs evolve from one form to another, and none of those is the final one. And if so, then everyone has the right to use all the knowledge that was gained by the predecessors.

Therefore, the primary task of the young author is to get acquainted with the achievements of the literature of the XX century. However, this requires considerable time and wisdom. On boring, confusing, and often nauseous pages the writer has to see how modernism ruined all foundations and patterns of classical literature and then put them together.

Yes, we live in a postmodern era, when literature is closely intertwined with popular culture, and the requirements to the reader are not very different from the demands of the XIX century. But think, do you have the right to ignore the experiments and achievements of the literature of the past century? If you think you don’t, fill the gap immediately! 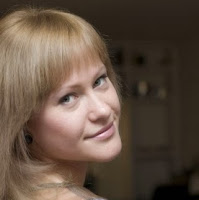 Lucy Adams is a Buzz essay writer and blogger. This generalist is always in touch and ready to take the most exciting ideas of yours. Feel free to suggest Lucy a few intriguing topics, let her choose one or two that she likes best, and wait a week or so to get an in-depth research on the matter!