“A Wedding Surprise” by Vanessa Green My father arrived at our house promptly at noon, as requested. I, however, was running behind. My hair was only half done, and my make-up was being applied as he knocked on the door.

A few weeks earlier, I’d invited him to this get together to meet Tom, my partner Tim’s father, who was visiting from the UK. Although Tim and I had been together almost eight years, our parents had never met.

But the details of the day were kept a secret – the only thing I told my dad was to arrive at noon and wear “something fancy”. And my father, ever the clotheshorse, looked just the part. He had on a beige suit, a multi-coloured, pin-strip shirt, a sunny, golden tie topped off with his signature panama hat.

I handed him an envelope.

The front of the card read: Happily Ever After

He looked up at me in complete shock. “But that’s today!”

“I only found out about it last night!” said Tom. He had been as shocked as my father. But also overwhelmed with happiness.

A year earlier, Wendy, Tim’s mom and Tom’s wife of 55 years, had died suddenly – her cause of death is still unknown. Twenty-two years before that, my mother had died from cancer. Tim and I were both motherless, and a wedding with our fathers felt appropriate, if not a bit symbolic.

Neither of us had ever cared about a big wedding – we had recently relocated from the UK and purchased a house and we had no money and no desire for a lavish affair. We had discussed eloping in London but found out we couldn’t get married in England unless we were residents. Other popular eloping  destinations, like Scotland or Hawaii, didn’t hold any significance for us. We had discussed City Hall in Toronto, but it felt strange doing it so close to where our friends and family lived without them there.

When we realized our fathers would be together for the first - and possibly last - time in just a few months – it felt like the perfect solution.

After my hair and makeup was done – the four of us popped some bubbly, clinked our glasses and chatted about what a surreal experience this all was. And then the rain started –a torrential downpour fell from the skies. But the show had to go on – and so we all piled into our Nissan Rogue and drove a whole 6 minutes to the venue.

Luckily the gods were smiling down on us, and as we arrived, the rain stopped, and the sun started shining on the historic terraced gardens of Whitehern.

My father walked me down the aisle and the four of us congregated at the stone archway for the ceremony. Our officiant projected a calm, baritone voice to an empty audience as if it was a full house. Tim and I read the vows we’d written ourselves, shed some tears and walked hand and hand together down the aisle as man and wife, while the soothing sound of Neil Young’s Harvest Moon played us out.

But our wedding dinner might have been the most memorable part of the day. As we arrived at Edgewater Manor – an upscale steak and seafood restaurant located on the shores of Lake Ontario – the four of us were seated at our table and I headed off to the bathroom. When I returned, I could sense something was amiss. My dad walked up to me, looking panicked. 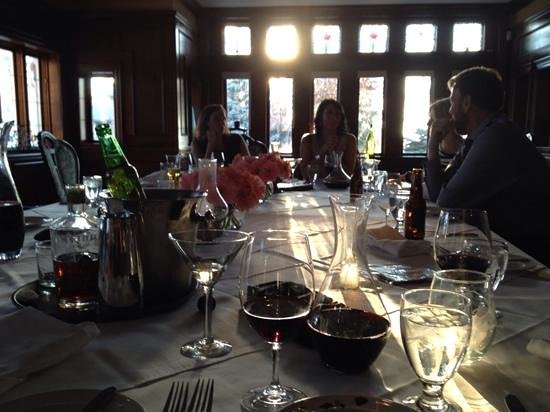 “There’s been an incident,” he said.

“We’ve literally been here for five minutes,” I said. “How has there already been an incident?”

As I sat down, I noticed the people around us were staring at my dad.

I looked at Tim, who was shaking his head, and at Tom, who was giggling quietly to himself.

“Well,” my dad began, “I couldn’t find anywhere to put my hat. I mean really, what kind of establishment doesn’t take your hat when you arrive? Anyway, I thought I would rest it on this decorative candle holder,” he said, pointing to a monstrous, 3-armed silver candelabra sitting next to our table. After a few seconds, the man at the table next to us comes over and says, 'Excuse me sir, but your hat’s on fire.’

“I turn around and my hat’s in flames! Turns out, there were actually candles in there. I manage to put out the fire with a few shakes of my hat. Then the waitress comes over and says, ‘Who would be silly enough to put their hat on a candle?’ And I said ‘Me, because you refused to take my hat when I came into your restaurant!’ She’s upset with me now, so the service might not be great.”

Dinner ended up being wonderful, and as the day drew to a close, I looked back on our secretive wedding plan that had finally come to fruition. We hadn’t told anyone we were getting married – I had kept it a secret from everyone I knew for almost five months.

And once news had broken, there were definitely some hurt feelings from friends and family that they hadn’t been invited. While there is a part of me that is remorseful about upsetting those I love – I have no regrets about how we chose to get married. Sometimes in life, you’ve just got to do things your own way. 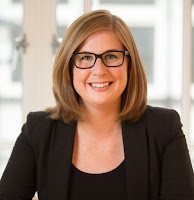 Vanessa Green is a former journalist who now works as a director at a global marketing agency. She recently relocated to Canada after spending seven years in the UK. She lives in Hamilton with her husband, Tim, and their dog, Indy.