Hi Brian,
My novel, The Higher the Monkey Climbs has been published by NON {Now or Never} Publishing and is available on Amazon and Indigo.
The trailer is on you tube for all to see here.
Best,
Bruce Geddes

The Higher the Monkey Climbs by Bruce Geddes
Twenty-five years after his father, Gord, died in a car accident, Richard gets a call from his cousin who is working on a theory that Gord’s death was orchestrated by his former boss and a powerful union leader. With his own career and marriage sputtering, Richard is reluctant to believe his cousin. It’s easier to cling to the one sure source of his own self-worth – being the son of legendary labour lawyer Gord McKitrick. Besides, investigating may reveal unsavory elements of his father’s life. But keeping his mouth shut may allow his father’s murder to go unpunished.
A mystery plated with plenty of sides, Bruce Geddes' debut novel The Higher the Monkey Climbs examines our relationship to our own pasts and how we adjust to the world as it shifts around us.
To buy a copy, see here. Check out an interview with Bruce here.
For information on submitting a manuscript to NON Publishing, see here. 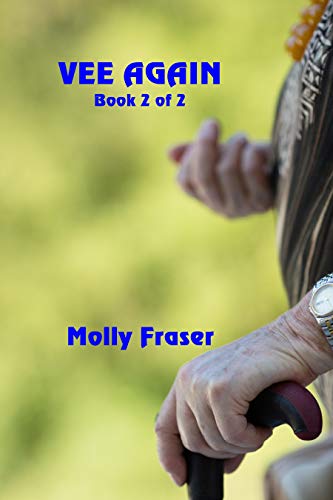 Hi, Brian.
Vee Again,  the sequel to About Vee, has just been released by Solstice Publishing. It continues the story of Victoria Grace Stuart, and if you read the first book, you’ll want to know what happens next. Her life in the retirement home should be simple but some family members are not happy about her upcoming marriage to Keith. And a person from Vee’s past shows up unexpectedly, determined to cause trouble.
You’ll find Kindle and paperback versions of Vee Again on Amazon. Remember to look for this novel and the my others under the pen name of Molly Fraser.
All the best,
Barbara
Vee Again is available at Amazon here; the earlier book, About Vee is available here. See all the books by “Molly Fraser” books here.