“Living on a Prayer” by Robyn Morris

My eyes sting with the spray of sea water and my nails dig sharply into my wet palms. So long as I can feel the pain and the bite of the wind, I know I am still alive. I tighten my grip on the ropes and brace my abdominal core as the boat takes on another wave. And I pray. My God, I pray to everything, everyone there is: God, Jesus, archangels, Buddha, Mohammed, my very soul.

I never wanted to come on this trip, but being the only female in an all-male family, what I want is quickly over-ridden. They sold me snorkeling in the sunshine and porpoises and dolphins in the surf, the rugged Na Pali coastline that I saw in movies like Jurassic Park and Pirates of the Caribbean and sea caves with ancient Polynesian petroglyphs. When we arrived at the harbour and the Captain asked whether anybody had any back or neck injuries and any fears about going fast, I realised with that familiar thud in my stomach that this was not all sunshine and canapés.

With puffed-up pride, the captain showed us her boat that would take us around to the Na Pali coast – the Zodiac – a rigid inflatable boat with two gigantic engines on the back, the kind of boat that Navy Seals use and that you see in action movies sweeping dramatically onto a beach. While some of the group became excited and clambered to the front, I tried to hold back the urge to vomit.

Now, clinging onto these ropes with my head tipped down against the wind, my sunglasses shielding little but the sheer terror in my face, I wish I had, for once, been honest and walked away. So I saw a few dolphins and a turtle, and a school of yellow stripy fish. I didn’t see any damn cave drawings. She drove so fast, I barely saw the cave walls! And no, I don’t need to chalk it up to experience. I’ve had plenty. I wish I could laugh, but I want to cry. We laughed once, hysterically so.

It was that time we were celebrating the completion of our Day Skipper exam. My two best friends and I had taken the exam in preparation for a sailing trip we were going to take all the way across the English Channel to Jersey and then to France. My husband (then my boyfriend) was completing a Yachtmaster course so that he could skipper the boat.

As we clinked our flute glasses, Tammy said to me, “You know, you’re going to have to do this for the rest of your life. We just have to do it this one time.” And then they both chuckled. I think I joined in.

With every subsequent glass of bubbly, we giggled some more and it became the standing joke amongst the three of us. On my hen night, it was the subject of the speech given in my honour. They all agreed I was set for a lifetime of adventure – of the high-octane, death-defying sort that a bookish person like me generally tries to avoid. Our honeymoon was a safari, but my husband was most excited about micro-lighting over Victoria Falls in Zambia. Yes, micro-lighting. They call it an aircraft. Really it’s just a go-kart with a lawnmower engine. Once up in the air, the engine is turned off and it glides. Just the memory of it makes my heart come to a stop.

The pilot had to do two or three attempts at take-off. I recall him over the radio saying to his buddy, “Abort, abort, abort. Passenger is strangling the pilot. Coming around for another try.”

On each try, he pleaded with me to keep my hands around his waist and not around his neck. I tried. Really, I did. Victoria Falls is twice the size of Horseshoe Falls. It’s spectacular. I closed my eyes for most of it.

Next came snowboarding. I might have mentioned that I tried it once while trying to impress a boy. That was all the encouragement he needed. A group was assembled and a ski chalet in France was booked. Because who doesn’t want an audience to witness your complete ineptitude on a ski slope? Having grown up in the sunny climes of South Africa where it snowed every ten years or so, I was unlikely to ever master skiing. I guess he figured if I could surf (he assumed), snowboarding wasn’t far off. I have never been so ecstatic to discover the positive blue sign on the pregnancy test that I snuck off to do in the après-ski bar. I returned the board the very next morning and spent the rest of the week reading in a coffee shop.

Pregnancy and child rearing afforded me a short respite, but by the time the child could speak, boating holidays and ski trips were planned out with eager precision. And soon, even my child was saying, “Faster, faster, Mummy!”

One thing I do love is flying – in aeroplanes. Large Boeing-type aeroplanes that serve you food in bento-shaped containers and miniature cans of pop. Not tiny Cessna’s where you walk on together with the sack of mail and have to duck your head as you manoeuvre your way into your seat. And certainly not helicopters, where you don’t stand a chance if you – well, you can’t say the word when you are talking about flying.

Being married to my husband, I’ve had to endure small aircraft a handful of times but I drew the line at helicopters. Helicopters are not safe, and my Last Will and Testament needs to be locked down and watertight before I’ll climb into one. Which, of course, it wasn’t when my kids and husband voted for seeing the volcano on Big Island in Hawaii from a helicopter, because all the reviews said that young children could not manage the hike out to see it. The helicopter was in fact safer. Relatively.

I stayed up all night researching the company my husband had booked, studying each pilot on the team. My exhaustion won out in the end and I accepted defeat. At least we would all go down together. On the day of the flight, we lucked out with a pilot who had flown in Africa and knew many of the places we had lived and visited. It was something. Secretly, I did feel a sense of accomplishment once we’d completed the trip – and survived!

But here I am, soaked and scared to my bones on a Zodiac speedboat. I vow that I will never, ever agree to another excursion, that I will spend the rest of the week on the beach with my book, lost in a safer world that I can control. Having been married for fifteen years and done countless terrifying adventures, I wonder just how long I will hold onto that promise. And just then, I see the speed limit sign, signalling our entry to the harbour and the Captain slows the boat.

As we walk back to the open-top Jeep Wrangler (I know!), my husband says, “She was a bit crazy, I didn’t like how she drove that Zodiac, she went far too quick across the water. I would never have done that. Maybe I’m getting too old for it.”

I nod. “Really honey? I thought so, too. I didn’t enjoy it as much as I thought I would.”

“Hmm. Maybe we’ll just rent kayaks next time. I think I can figure out how to get to that waterfall. We don’t need a guide.”

I rub the nail marks in my palm and reflect for a moment on all the extraordinary places in the world we’ve seen on these full-throttle holidays. I say a quick thanks to the universe for keeping me safe and I lean in to him and smile. “How about a Mai Tai at the pool bar, and then we decide?”

When he gifted me a flight in a Tiger Moth for our very first Christmas together, I never imagined it would be a metaphor for our life together.  But so far, we’re surviving pretty damn well. 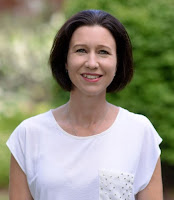 Robyn Morrris keeps busy making up stories in her head, attending Brian's writing classes, and working at a local hospice. She loves to find a quiet corner in her loud and crazy house to lose herself in books and to champion her favourite authors online.