“Passion in Transit” by Kate Anderson-Bernier

The advertisement in the bus read: You will find Passion in Transit.

“Fat chance of that,” Cassandra mumbled under her breath, “unless it happens to be moving quickly in the opposite direction.” She put her half-eaten sandwich on the vacant seat beside her and looked out the window.

The ad got Cassandra thinking about her ex-boyfriend, Randy. Now there was a misnomer if there ever was one. The guy had as much life in him as the processed meat in the sandwich that she was doing her best to ignore.

They had met at the library one evening when she was manning the reference desk. He was looking for the bank card he’d lost in the book he’d returned earlier that day and she was the one who helped him find it. In the way of a thank you, he asked if he could take her out for coffee. Since he wasn’t a bad looking guy and she hadn’t been out on a date for ages, she readily accepted.

She should have known better, considering the book he’d borrowed was The How-to Manual for Building your own Internal Combustion Engine. Not exactly fodder for stimulating conversation. If there was any truth to the expression that a guy’s car is an extension of himself, his book of choice didn’t exactly suggest a man in charge of his virility. 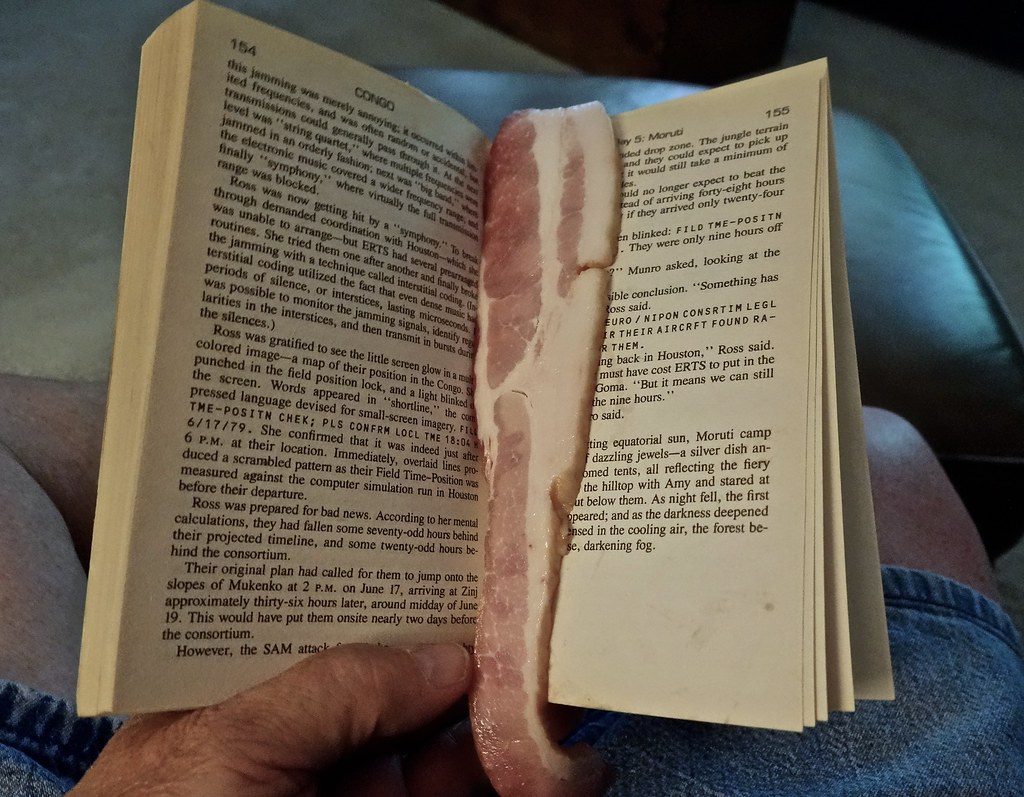 There was also the unappealing fact that he’d used his bank card for a bookmark. How thick-skulled was that? But then there were worse things he could have used.

She’d seen it all: a slice of bacon, a shoe insole, a spent toothpaste tube, and the shedded skin of a snake, to name a few. It seemed some folks were happy to slide just about anything between the pages of a book.

But instead of erecting a stop sign in her gray matter, she foolishly disregarded Randy’s literary habits. It took ten months of stilted conversation and awkward moments before she finally decided to end whatever it was that they had. Simply put, the relationship had no wheels. And he’d had been her first boyfriend in over five years. Yup, if there was passion in transit, it was transiting right past her.

As the bus traveled down Granville Street, it began to fill. Before long, the seat beside her was one of the few that remained vacant. She hoped the sandwich she’d placed there would help to keep it that way. Hastings was coming up and the prospects of ending up with a tolerable seat companion in this part of Vancouver were on the skinny side of slim.

When the bus came to a stop at Main and Hastings, a sampling of lost souls and disoriented tourists climbed aboard and made their way down the aisle. Cassandra hardly noticed the stench of stale alcohol and urine, nor the chatter of foreign tongues and unhinged minds as the bus filled.

With her cheek rested against the window, her attention had drifted back to thoughts of Randy. She wondered if he still thought of her. Maybe, she should have given him more time to crack out of his shell. With a little guidance and encouragement from her, a personality may have emerged and possibly even a bit of passion. What she wouldn’t do to have a man and some passion in her life.

Cassandra’s thoughts were suddenly propelled back into the here and now when her seat dipped under the weight of a body depositing itself beside her. She quickly turned to retrieve the sandwich she had placed on the seat.

To her disbelief, she found it in the hands of a balding man with a wiry braid and a feral mustache. He was intently peeling back the condiment-soaked paper – his jaw primed in the anticipation of his first bite.

The man’s eyes grew small as he lowered his brows. “What do you mean, it’s yours? It was just laying here on the seat. You weren’t eating it. You weren’t even looking at it! How the hell was I supposed to know it was yours?”

“Who else would it belong to? You think I’d just sit down beside a half-eaten sandwich?  Of course it’s mine!”

“Well, I sat down beside it, didn’t I? Look, if you don’t tell folks the food’s yours, you can bet someone else will eat your lunch.”

Cassandra shot him a pinched expression. “You want it, take it!”

The man’s face softened. “Now you got me feeling bad. If you want it back, you can have it.” His eyes brightened. “Or we could split it.”

This was too much for Cassandra. She threw her purse over her shoulder, reached up and pulled on the cord.

“So, you’re just gonna leave without even answering me,” he said. “Geez, a bit uptight aren’t ya?”

“Uptight? That was my lunch – my sandwich! And you took it.” 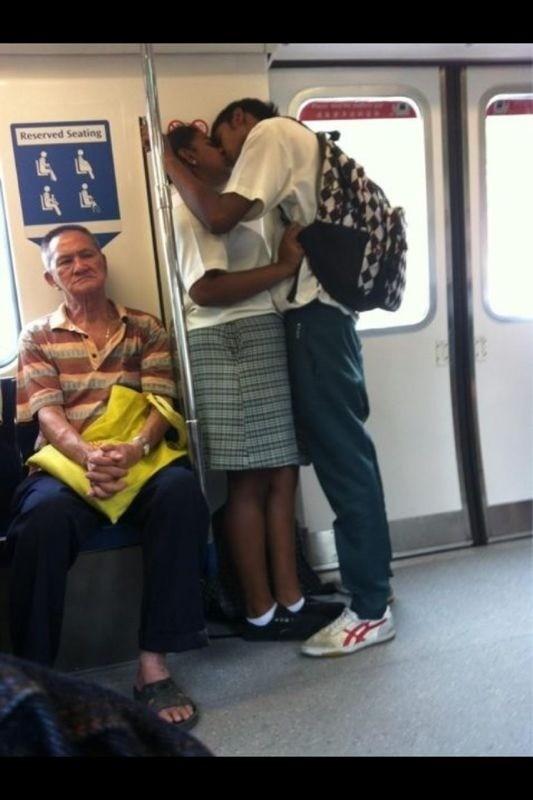 “Okay lady. I get it, I can tell when someone’s passionate about something. You must really love this sandwich to get so emotional over it.” He shoved the sandwich at her. “Here, I’m sorry. You can have it back.” He cocked his head and shot her a furry-lipped smile. “I mean it.”

Cassandra pushed past him and his offering and shouldered her way to the nearest exit. As she waited in the stairwell for the doors to open, she caught sight of the ad again.

“Passion – who needs it!” she muttered to herself.

Of their own accord, her thoughts returned to Randy. She found herself recalling how he’d shyly smile at her when she spoke. He might not have been the best conversationalist, but he sure knew how to listen. He also never left the toilet seat up. It wasn’t just any guy who thought of those things.

By the time the doors opened, she had her phone in hand, intently scrolling through her contacts in search of Randy’s number.

Kate Anderson-Bernier is a former speech-language pathologist and a life-long lover of a good tale. Raised in a family of oral story tellers, she has only recently let her pen do the telling. Her debut novel A Gap in the Fence is available through Amazon here.