"People of the Book” by Geraldine Brooks, reviewed by Ann Strickland-Clark 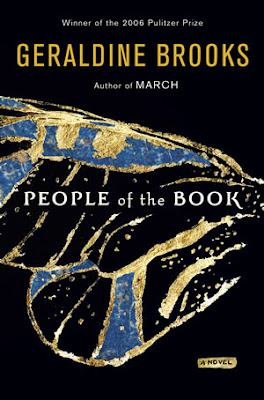 What is particularly striking about People of the Book  is the masterly way Geraldine Brooks changes her style from the present day vernacular as spoken by an American girl to the ancient voices of Europe in the 15th, 17th, and 19th centuries. The American girl is the interesting and talented book researcher, Hanna, who is unearthing the history of the Sarajevo Haggadah.

Fiction and reality intersect in this novel, as the Sarajevo Haggadah is an existing illustrated manuscript, whose history as told in this novel is basically true.

The interspersed mysteries of the butterfly wing, the wine stains, the hair and the salt water are a literary jigsaw puzzle which all gratifylngly slots together under Hanna's dedicated research and imagination.

It is a nice turn of events when Hanna discovers the identity of her father, even though this is something of a stretch on the author's part. There are so many memorable characters in this novel, all suitably located in their time and place; it all rings beautifully true, so one can forgive this implausible lapse. What mother would so steadfastly refuse to reveal her daughter's father? It must have been her guilt at her part in his demise.

Among the many wonderful characters in this novel Serif Effendi Kamal stands out.  He gives no allegiance  to the tribalism of Judaism, Islam or Christianity but to the cultural heritage of every religion and philosophy. His compassion, integrity and bravery shine from the page. He plays a major part in saving the Haggadah for posterity.

Also very likeable is the character who painted the glories of the Haggadah in 1480 with a cat hair but whose identity is not revealed until late in the book and so should not be revealed here.

The history of the book goes backward from century to century until all the clues fall into place. Even Hanna's love story ends well – a sop to the romantic. 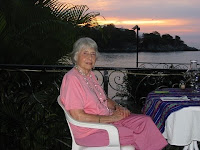 A woman of opinion, Ann Strickland-Clark tries not to lose friends by forcing her extreme views, political, religious and grammatical onto reluctant listeners. For years a frustrated writer, Ann, since her long departed youth, has had no doubt that one day she would be the acclaimed successor to Jane Austen. With not much time left in a wasted life Ann suspects that perhaps she should have been writing something (at least a diary of her day to day doings?) on a regular basis in order to hone her latent skills. Non-practice makes imperfect. There’s now not even enough time to become the Grandma Moses of the literary world. Ah well, there’s always the next life, if only one believed in it.


A personal/historical note
by Brian Henry


A Haggadah (plural: Haggadot) contains the Passover service which commemorates the freeing of the Jews from Egyptian slavery and is read aloud around the table in Jewish homes at Passover. Contemporary Haggadot are typically printed in Hebrew on the left-hand page and in translation on the right-hand page. At our family Passovers, we have Haggadot in English, French, and Ladino (a Spanish dialect spoken by Mediterranean Jews). 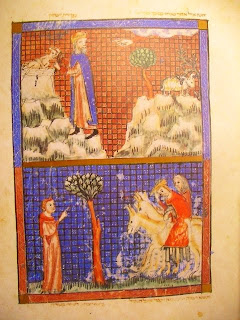 The Sarajevo Haggadah, which is now on display in the National Museum of Bosnia and Herzegovina, is an illuminated manuscript created in Spain. It was a product of the great flowering of Jewish culture during the period of Muslim rule, which came to an end with the Christian conquest of Spain and Queen Isabella’s expulsion of the Jews in 1492.
Some of the Spanish Jews fled to Amsterdam, my wife’s ancestors among them, where they contributed to Amsterdam’s rise as one of the foremost trading capitals of Europe. Many more fled to cities under control of the Ottoman Empire, and to assist the fleeing Jews, Sultan Bayezid II sent his navy to Spain. The Spanish refugees brought the Sarajevo Haggadah to Bosnia.

Neither the Amsterdam nor the Sarajevo Jewish communities survived the Nazis. Fortunately my wife’s grandfather had immigrated to England before the war and so that line of the family continued. Indeed, my own daughter has inherited a wonderful semi-Mediterranean skin colouring, several shades darker than the northern European skin tone of everyone else in the family.

By the time of Sultan Bayezid II, the Jewish community of Turkey at the centre of the Ottoman Empire was already 2,000 years old, pre-dating both Christianity and Islam by hundreds of years.  Its decline began when the Ottoman Empire dissolved following World War 1 and Turkey transformed itself into a modern nation-state.  It became more xenophobic, and Greeks, Armenians and Jews living in Turkey suffered suffered persecution. Because Turkey stayed neutral during World War 2, the Jews of Turkey weren't murdered in the Holocaust. But following the war, many emigrated to Israel.  Still, Turkey was one of the first countries to recognize Israel and the two countries developed a close economic and military alliance.

But the 2,500-year-old story of Turkish-Jewish friendship may finally be coming to an end. The Jew-hatred and anti-Western animosity that has been adopted throughout too much of the Muslim world has infected Turkey, too. The small Jewish community in Istanbul suffers periodic terrorist attacks, and currently Turkey is ruled by an Islamist party that has ceased military cooperation with Israel and is building alliances with the thuggish regimes in Iran and Syria.

In People of the Book, Geraldine Brooks tells a beautiful story of people crossing cultural barriers and ethnic divides. May such crossings ever continue in the real world, too.