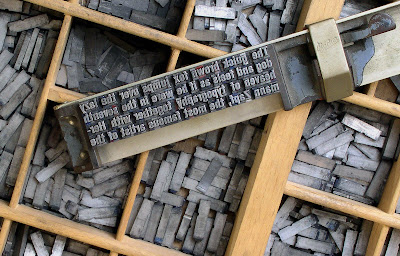 Movable Type Literary Group
58 East 11th Street
Third Floor
New York, NY 10003
Movable Type positions itself on the cutting edge of pretentiousness. Here’s what they have to say about themselves:
“We have arrived, as Harold Bloom would say, belatedly. The scene is established, the paradigms rigid, the machine stubborn and aging. Now half a millenium removed from the prima typographicae incunabula…”
I’m not making this up. On the other hand, in spite of the babble, they could be a fine agency, and they just started in 2009, so they’ve got to be in need of clients.
The agency has a fairly useless website here, but two of the agents, co-founders Meredith Dawson and Jason Allen Ashlock have useful pages at Publishers Weekly, here and here.
Until now, the agency has represented some fiction writers but has mainly been in nonfiction, including: Reference, Biography, Computers/technology, Business/investing/finance, History, Religious, Mind/body/spirit, Travel, Lifestyle, Cookbooks, Sports, Science, Pop Culture, Politics, Art/Illustrated

Rachel Vogel is the newest addition to their staff.  Rachel has joined Movable Type as associate agent and international rights manager. She was formerly with the Lippincott Massie McQuilken agency (see here) representing authors like Gina Shaw (Cancer, Baby: You Can Have Children After Cancer) and Rebecca Dana (Jujitsu Rabbi and the Godless Blonde). In addition, she worked as a junior scout at the international literary scouting agency Maria B Campbell Associates (see here)  and a production assistant at Henry Holt & Company.

At Movable Type, Rachel will specialize in upmarket fiction and narrative nonfiction.

Submissions: General submissions may be sent via e-mail to submissions@movabletypenyc.com

For fiction: Having found that that query letters do a fine job of showcasing one's talent in writing jacket copy or promotional material but rarely offer agents a useful preview of a writer's prosecraft, in lieu of query letters, MTLG asks that authors send the first ten pages of their manuscript, followed by a one page synopsis of the balance of the work, and a word count.

Note: Brian Henry has a couple "How to Get Published" workshops coming up: in Waterloo on July 24 (see here) and in Sarnia on August 22 (see here).

For information about all of Brian's writing workshops and creative writing courses, see here.
Posted by Brian Henry at 1:28 PM