“Do pigs really want to fly?” by Donna Leigh White Diana had moved three times in the last four years. It’s true that moving homes on a yearly basis was part of her life as a child, which was mostly due to her father’s job. The first time her family relocated was from Toronto to Ann Arbor, Michigan. After that, she regularly changed schools and met new kids knowing that it was only for a short time. Grades one to six were the most difficult years. She would begin to feel comfortable with her classmates and teacher, and then be pulled out to attend yet another school in a different city with her parents and older sisters. One residence was an apartment over a store, another a flat in a home, or an entire house if they were lucky. The choice of lodging depended on the job her father had at the time, plus how much money he was making.
Her mother and older sisters always seemed upset with the constant moves, but Diana was the youngest and didn’t look at her life the same way. Each move was a new adventure, another chance to get it right, or as the character Anne proclaimed in the novel, Anne of Green Gables, “Isn’t it nice to think that tomorrow is a new day with no mistakes in it yet?”  After all, Diana did learn to be flexible and to become a creative thinker as a consequence of these frequent moves.
On her first day of entrance to yet another school, she might have to write a geography test or a math quiz or produce an art project out of blue and white tiles. Flexibility came with the territory of constant moves. She remembered one particular change in address, which was an apartment over a tailor’s shop. She loved staring into the store window to admire the beautiful suits made from materials ranging from checkered wool patterns to sleek black silk textiles. 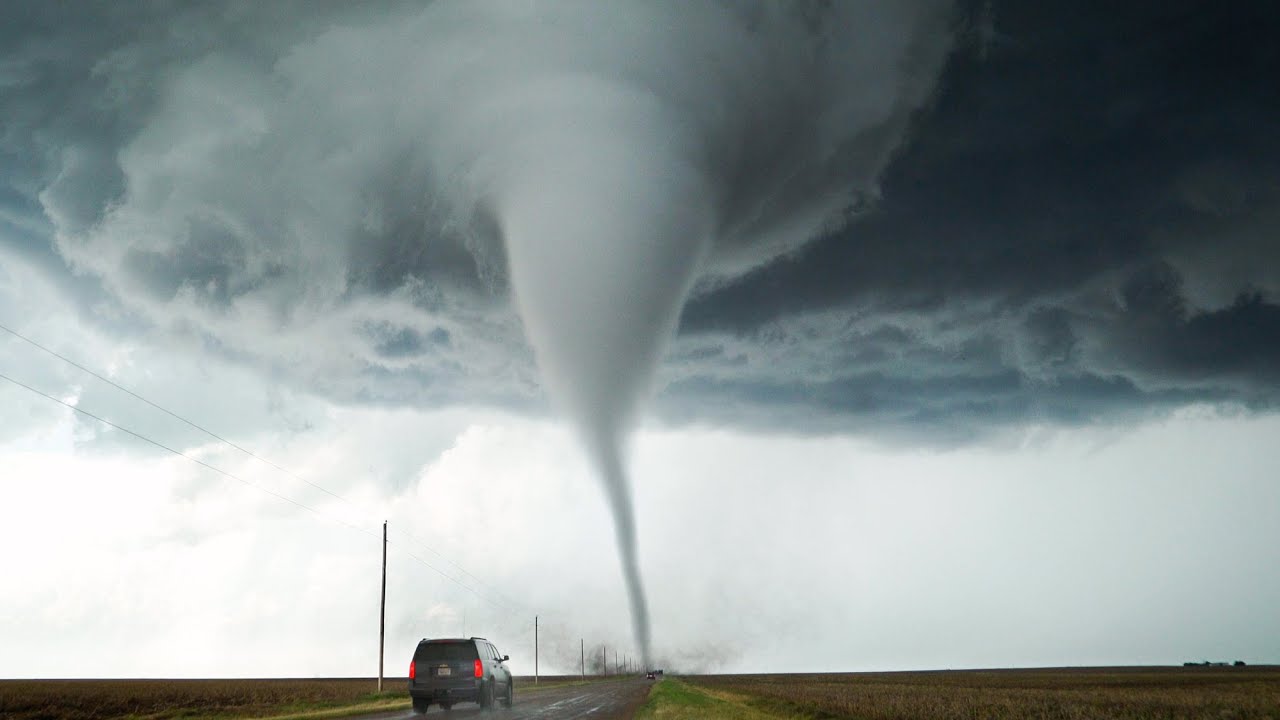 Each morning the owner, an older white-haired gentleman, would open up his shop, turn on the radio, and then make coffee that smelled wonderful as it seeped up through his ceiling into their apartment. After his morning chores, he began his ritual of expelling guttural sounds like a moose in heat. Her mother called it “kvetching.” Not knowing what that meant, Diana decided it was just plain “gross.”
One of the best moves ever was when her parents settled them in a black ranch-style house in a new subdivision. The house was situated right in the middle of an H-pattern with all other homes spreading out from it. The subdivision was newly built, so very few homes had a finished basement. One day, all residents in the area received an alert about a potential tornado.  As luck would have it, Diana’s house was the only one with a finished basement big enough to house all the other families who were invited to come over and wait out the bad weather. Women and children meekly stepped down into the basement like they were told, while the men and some boys remained in the backyard to watch the impending weather event.
Even though Diana was only six years old, she felt that this division was unfair, so she quietly walked up the narrow basement stairs and placed herself strategically behind the small group of males. In this way, she could watch the tornado pass by. It was tremendously exciting. The black funnel turned round and round while it bounced back and forth across the darkened sky. All the men crossed their arms over their chests and muttered words like, “Amazing! Pretty exciting! Hope it doesn’t touch down!”
Suddenly, Diana’s father looked behind him to find her raptly eyeing the whirling dervish above them. “Get back down stairs!” he yelled. So much for fairness, she thought. Diana was, and still is, all about fairness. She never understood why one gender received privileges, while the other did not. She felt the same about most prejudice whether it was about age, education, or race. Why couldn’t people treat each other respectfully and fairly? Accordingly, everyone would learn about our world, feel open and connected to each other.  These thoughts and values probably came about as a result of her many moves; she certainly learned a lot by watching and listening to the many acquaintances she had met along the way. Why not learn as much as possible before moving on to the next destination, right?  A no brainer, she thought.
These recent moves were alike, yet not similar to all of her childhood ones. This time she was compelled to move in search of a home where she would feel content, plus one that she could afford on her own. No longer part of a couple, Diana hoped to discover a place that was neither too small, nor too big, but rather just right.  As Goldilocks, she searched for her own place to call home. Was this a fruitless goal? Perhaps, it was, but one that she would continue to pursue.
Each time Diana moved on, she would find an object to help her get through the next expedition and hopefully inspire her to remain positive. She recalled the summer when she was six years old; her Bible class teacher gave her a sticker with a purple rocket ship to heaven stencilled on it. That old sticker nudged Diana’s memory to the time she attended church as a young girl.  Her obstinate father had ordered her to go to church; she could choose between a Catholic church, as mother was a lapsed Catholic, or a Baptist church, as her father was a lapsed Baptist. She decided to attend Baptist Churches in the various cities the family moved from and to between the ages of six to eleven years.
Why the Baptist church? She loved the way the congregation sang enthusiastically, which gave her permission to belt out each and every hymn. Even though her older sisters sometimes found church tedious or frightening, Diana thought it was glorious, plus she got to sit in the front pew and received candies to munch on during the entire service.
A day finally came when it was time for her to quit going to church. She remembered how brusque her father’s manner could be, as a consequence of his military background, and she also knew how difficult it was to crack through that armour. He was, however, a logical man who had told her that she could quit going to church if she had a good reason, and after she had read the Bible. During the summer of fifth grade, she had achieved both of those qualifications.

Meanwhile, some other kids decided that everyone should have a square dance. Not a rave. Not a drinking party. Not a smoking party. It was only a square dance. Her austere Bible teacher, however, told them all that they were not allowed to dance, so Diana had a meeting with her father to inform him that after six years of reading the Bible, going to Baptist Summer Schools, and receiving a rocket ship to heaven, she was ready to stop. Her dad asked her for the cause of this decision, to which she replied “You know how Jesus made friends with all sorts of people? How he accepted them? How they hung out together and had fun? Well, I think that Jesus would have gone to the square dance and he would have had a good time.  Don’t you think so?”
That may have been the first time Diana had ever seen her father smile. He may even have laughed a little.  His reply was short and sweet.  “Yes. I think you’re right. Jesus would have gone to the dance, so you can go, too. You can also stop going to church if you want.” Hallelujah! she thought. Some people do change.
So now Diana found herself once more on the move, three times in four years.  She still wanted to find an object as a souvenir that might help her get by. One that could symbolize this next part of her life’s journey, and conceivably help her with the difficult changes that she needed to make. She wandered to and from shops in Toronto until she found one bursting with all sorts of curiosities. Inside, she saw a life-size crystal skull staring at her from its perch on a mirrored shelf.  Next to it was a small cloth purse with the words “Welcome the Extraordinary” embellished on it. She walked around the corner; a small round mirror covered with stencilled arrows caught her eye. It hung on a narrow wall with the white markers pointing the way to the comment “Show them how good you are.”

Although interesting, none of these items were quite what she wanted.  Then she saw it – a winged pig. This chubby short-legged white piglet had perfectly rounded ears, an oval nose, and a sweet little smile. Its tiny eyes greeted her cheerfully and a circular bun for a tail just waited to be touched. Its body felt cool and smooth as Diana’s hands gently brushed over it. And what wings it possessed! They were small, feathered, and spirited. Ready for flight.  But wait, Diana thought: How could this little pig possibly think that it could fly?
Then the realization hit her.  Flight could be accomplished in countless ways and in many different places. The methods could be endless. Begin to fly in short bursts, at a slow or fast pace, and over any preferred period of time. Slow and easy could get you flying, or moving forward full tilt boogie could be an advantage.  Could Toronto, Paris, and San Francisco await her presence?  Maybe or maybe not, but this is what dreaming and taking off was all about. What a perfect object for this part of her continuing odyssey. If pigs thought they could fly, then Diana certainly could, too. She just had to choose a method and which way to go.

Donna Leigh White is passionate about animals, people, and learning of all kinds. She works as a private tutor, life coach, and counselor in her own business in Guelph, Ontario. Donna loves working with clients in person and remotely. Although she is used to writing articles and essays, she is always eager to learn about different creative writing styles. She is glad that she signed up for Brian’s class. Visit Donna online here: www.dlwhitelifecoachandtutor.com