Happy Sesquicentennial! Okay, “Happy 150th” is much easier to pronounce, but not as fun to say.

While I understand the historical significance of this July 1st, I am struggling to find meaningful ways to explain it to my three young children.

I am raising three little boys in smallish-town Alliston, Ont., where you’ll find a lot of farms and a lot of potatoes, which we celebrate annually during our Potato Festival.

As Canada’s 150th approaches, I want to “teach” my children what it “means” to be Canadian; I want them to embrace our Canadian values, without that statement being politicized. And I wonder simply, how I can make this Canada Day special for them?

Of course, I am teaching them to be polite, courteous and appreciative; compassionate, patient and kind. They are learning that manners are important, and that helping others is a pleasure. All Canadian attributes, to be sure. But I want my children to know that’s it’s more than ensuring they understand the correct usage of “eh?” when they ask a question.

And it’s more than teaching them about John A. Macdonald. The reality is, my five-year-old twins and my six-year-old are more interested in Ronald McDonald!

It’s also more than ensuring that they know the words to O Canada; more than making sure they can play hockey and baseball; more than cultivating a taste for maple syrup and explaining how Indigenous Canadians tapped trees to make that sweet sticky goodness; though that’s a start.

So, what is distinctly Canadian? And how do I instill this as a sense of pride in my children?

Should I buy them commemorative coins from the Royal Canadian Mint? My father would have made sure they each had one. But I don’t think that alone will do it.

Being Canadian is why our family dutifully buys the (made-in-China) Canadian flag T-shirts to proudly wear on Canada Day, and why my children temporarily tattoo a red maple leaf on their cheeks. It’s why we’ll wave little Canadian flags, and proudly wear our little pins (that are also made in China).

But I think I’ll take a lesson from last year’s Canada Day festivities, which were rained out in Alliston. While my boys were disappointed, they didn’t get overly upset, even though they were just about to climb the rock wall attraction they had waited in line to try.

No complaints still, when impending thunder and lightning meant organizers turned the barbecues off and no celebratory hot dogs were cooking.

“We’ll make hot dogs at home,” I assured them.  I needn’t have worried, because by the time we arrived home, they wanted mac ‘n cheese anyway! 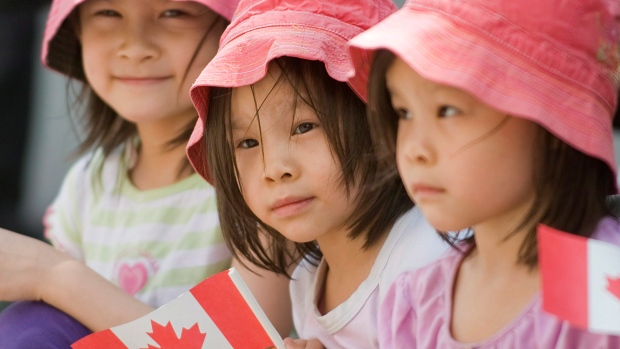 At home, while they peacefully ate in their damp clothes, I took some garbage outside, the rain, of course, having magically stopped.

I was startled when a tiny and pitiful-looking mouse looked up at me helplessly from the bottom of the empty blue bin. He was trapped, and waterlogged. He weathered the Canada Day downpour with no shelter, the tiniest little mouse I had ever seen.

Suddenly inspired, I went back inside.

I enlisted my boys’ “help,” if you can call it that. I believe that compassion and respect for even the tiniest of creatures is important. Can we call that a Canadian value? Canadian or not, it’s a value that I want to instill in my children.

Naturally, I was bombarded with questions: “Can I see Mommy? Are you going to bring it in here so we can take care of it? You can put it in my room!”

I told them that our cats would love it if I brought it inside, but that the little mouse would not like it nearly as much. 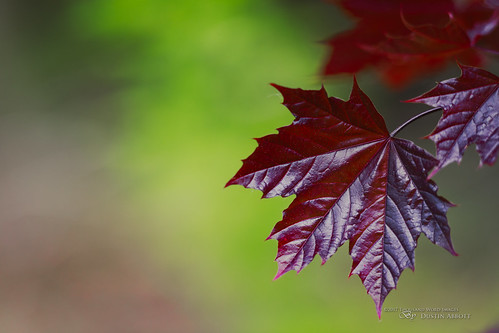 Each child found something they thought this baby mouse would need. Kleenex for a blanket to dry off and keep warm. A piece of a hamburger bun and some salad to nibble on. “And a paper plate, Mommy, so he can eat off of it.”

With my boys helping me at every turn, I gently placed this little mouse onto his plate with the bread and got him settled in his cereal box, which I promptly walked over to a nearby park and placed under a bush. I assured my boys it was safe; and that he would dry off, have a snack, and be on his merry way.

My boys accepted that, understanding that his home was outside, and we helped him stay there.

A value inherent to your family or your country isn’t something you can buy, or really teach. It is something you have to live. I believe this the best that I can do, to inspire their curiosity about our world, about nature, and about arts and sciences in the beautiful country in which we live. I want my boys to believe, that in a country as great as ours, all dreams are possible, through opportunity and hard work. I have faith that they’ll figure out what it means to be Canadian. 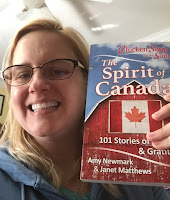 Michelle Dinnick-Schulze is a contributing author in the most recent Chicken Soup for the Soul: The Spirit of Canada. Her writing has won several awards, and appeared in The Globe and Mail and a number of local magazines and newspapers in Alliston. Recently her short story “Lightning Strikers” was made into a series in the Focus 50+ Newspaper because fans asked for more! You can find her online at www.michelledinnick.com