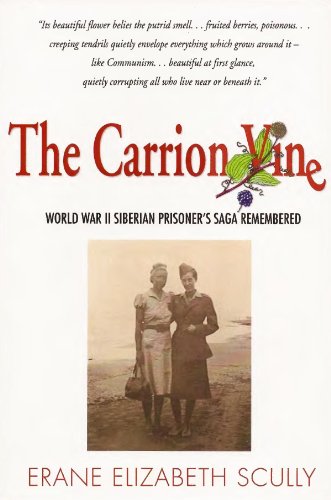 This short book (237 pages) is a self-printed memoir of a little known event that occurred during World War II.  The author was a 14 year old girl visiting her Polish relatives in August, 1939, when the Nazis invaded the country.  Her father was a Polish diplomat stationed in Switzerland, and her mother was Swiss.  Mother and daughter were both in Poland when war was declared.

The onset of war drove them from their relative’s home to Warsaw in a futile attempt to reach the Swiss embassy.  They arrived during the blitzkrieg and found themselves targeted by Nazi dive bombers, which appeared to enjoy strafing any Poles, civilian or military.  There was no resistance from the Polish Air Force.  Their planes were destroyed while still on the ground after the surprise German attack.

The author and her mother moved east from Warsaw to escape the bombing and in so doing met several notable characters on the way.  They were eventually captured by Russian troops who had invaded Eastern Poland almost at the same time the Germans invaded Western Poland.  The Russians were making a sweep of the area and deporting hundreds of thousands of Poles to work in the forests of Siberia.

The journey mother and daughter endured was brutal, and fraught with drama.  The Russians were uninterested in the author’s mother’s Swiss nationality.  She and her daughter were placed in a cattle car and transported to Siberia.  Some historians estimate the number deported was as high as one million.

This is the story of the day to day life of these unfortunate people and how they coped with almost unbearable challenges.  The death rate was extremely high, from starvation, injury, disease, and vitamin deficiency.  .Workloads were inhumane and the Russian camp guards mostly indifferent, though still open to bribes.  Fortunately for the author, her mother had hidden some jewelry pieces in her bag and could use these to bribe the guards.

The author’s mother risked her life to keep an accurate diary of all that was occurring.  Paper was precious, almost non-existent, making the task both risky and .daunting.  A long prison sentence if not death would have been the penalty if the notes were ever discovered.  Fortunately for historians they were not.

Release from this hell came after the German invasion of Russia.  Stalin slowly realized there were hundreds of thousands of able bodied young Poles, both male and female, languishing in Siberian work camps, who would be happy to fight Nazis.  He was desperate for additional troops to repel the Germans, and so ordered the camps closed.  A new Polish military unit was formed to fight against the Germans...

After being liberated from their Siberian work camp, mother and daughter started on the many thousand mile trek from Siberia through Russia, Tehran, Karachi, and finally Mumbai.  It was an epic journey and vividly told in the third person by the author who was an eyewitness as well as a survivor.

The writing is clear, characters are well defined, and the story riveting.  Anyone interested in more knowledge of World War II would find this book valuable to them.  It is available on Kindle (here) and a new edition of 100 self-published paper copies will be released soon.

The author is now 93 years old, and lives in a retirement home in the US.
Mary Rabot lives in Mississauga, is interested in World War II history, and is trying to learn how to tell stories.