The Nightingale by Kristin Hannah, reviewed by Gail M. Murray 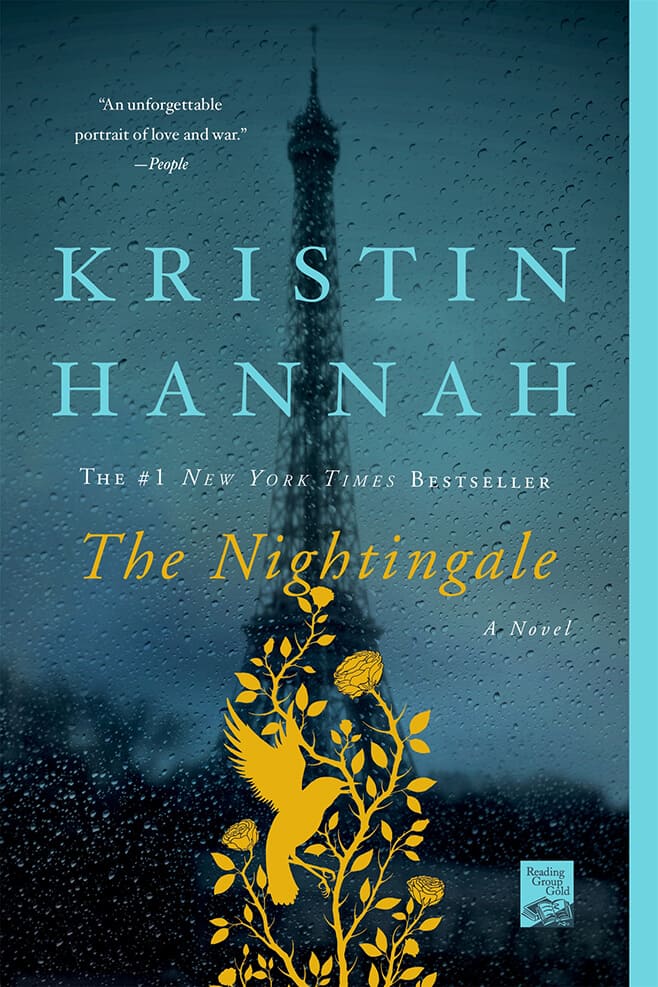 Kristin Hannah not only engages the reader, but makes us care deeply about innocent people living through war. Hannah was inspired after reading Little Cyclone by Airey Neave (available from Indigo here), the true story of Andree du Jongh, a Belgian woman, who developed the escape routes out of Nazi-occupied France through the Pyrenees.

Hannah’s powerful and compelling story follows the lives of two sisters throughout occupied France during WWII. Through these women, the reader experiences the courage required for everyday life in wartime. Hannah is a master of creating and developing character. The reader cannot help be drawn in.

Their father, Julien Rossignol, a Parisian poet and bookseller, abandoned his daughters to a housekeeper at Le Jardin, their summer home, and two weeks after their mother’s death “Papa gave up being a father” (p. 7).

The girls are “so far apart in age {ten years} it was as if they were from different families” (p.8). Vianne is the eldest and a beauty with her porcelain skin and strawberry blonde hair. She  finds love and a protector at an early age with Antione. Dark, willful and impatient Isabelle never feels loved and is cloying in her neediness. “This essential difference has always been between them. Vianne the rule follower and Isabelle the rebel.” (p.15)

I admire Vianne’s quiet courage, her ability to carry on and fly under the radar and not draw attention to herself as she raises a young daughter alone, her husband is a German prison camp.

Isabelle’s anger causes to her act rashly, to deface a German propaganda poster and be noticed, luckily for her, not by Gestapo, but by resistance fighters. These men invite her to join their group. Perhaps Isabelle takes chances because she feels unloved, unworthy. Even in the novel’s passionate moments with Gaetan, she can’t express her feelings. Yet her torture described in graphic detail and her harrowing suffering in Ravenstock, a Nazi prison, gains her our sympathy and compassion. The title comes from her code name and I wonder if the author thought of the symbolism; i.e. as the male nightingale sings and the female is associated with sacrifice and loss.

Secondary characters provide a German perspective. Captain Beck of The Wehrmacht is billeted with Vianne. He is not the stereotypical German (vicious and arrogant) but reminiscent of the soldier in Irene Nemirovsky’s Suite Francaise.

Handsome, blond Beck is a gentleman and family man who shows Vianne small kindnesses by locating her husband’s prisoner of war camp and facilitating delivery of letters and care packages, and sharing a fish he has caught.

We are never completely sure if he is motivated by decency or his attraction to Vianne but her loyalty to her husband prevails and Beck does not force himself on her as he could.

As the war heats up the novel turns dark. We fear for Vianne when cruel and vindictive Von Richter questions her after Beck’s disappearance, frisking her for weapons “sliding his spidery fingers across her breast.” (p.394) This act foreshadows the brutality to come. Vianne not only survives but prevails and out of love risks her life to save her neighbour’s Jewish children.

Hannah’ seamless writing weaves in exacting historical detail, capturing the mood of the time. Each sister grows in depth and strength as this engrossing story is played out and are re-united in the closing chapters. This is a novel to read and re-read. Not surprisingly it will soon be a major motion picture.
***
Note: Quick Brown Fox welcomes your book reviews – or any kind of review of anything, anywhere or anybody. If you want to review your favourite coffee shops or libraries, babysitters or lovers (no real names please), go for it. See examples of book reviews here (and scroll down); other reviews here (and scroll down).
QBF also welcomes essays about a favourite book or about your experience of reading or writing – and other essays, too. Read a few essays on the blog to get a taste of what other writers have done (see here and scroll down).
Submit to: brianhenry@sympatico.ca
Include a short bio at the end of your piece and attach a photo of yourself if you have one that’s okay. 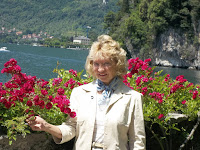 Gail M. Murray seeks to capture the essence of the moment; her writing is a response to her natural and emotional environment. Her poems have been published in Blank Spaces,  Wordscape, Arborealis and on CommuterLit. Her creative nonfiction has appeared in The Globe and Mail, Trellis, Heartbeats, Renaissance, NOW Magazine, Blank Spaces, Our Canada and More of Our Canada.