“Before it got bad” by Angele Cano 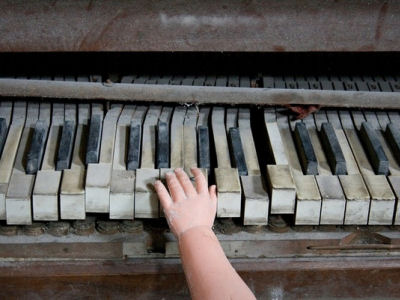 We hadn't even hit the panic buying yet. We hadn't run out of toilet paper. It hadn't even been declared a pandemic, and people were still talking about how everything was being blown out of proportion, that this would pass soon, that the media was making everything seem like a big deal. I was still complaining about the traffic on the highway, the tourists in the passing lane who were doing anything but passing. I was still going out to give piano lessons. Still ... with all the talk of this corona virus in the news, on the radio, people were on edge. I was, too.

We were just five minutes into Grace’s lesson when her father entered the room. That's what had to happen when mum's presence no longer cut it. Grace was having a crazy day – not looking at the score or the keys or anything, as far as I could tell, and she was coughing. Her mother had explained both of the kids had been feeling sick and there was a 24-hour bug going around their school.

“It’s been taking out whole families!” her mother said.

“Straight throwing up for seventeen hours.”

“Oh dear...” I furrowed my eyebrows and wrung my hands. Why hadn’t they just cancelled if the kids were getting sick?

Grace sniveled wetly into her hand. She coughed, loudly and uncovered, in what felt like my general direction.

She didn’t. She coughed at me again. 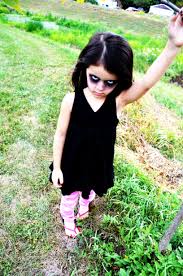 I attempted to inhale exclusively over my shoulder from the opposite direction as casually as possible. I looked down to see her face two inches from my fingers, her mouth pursed in an O.

It took me a minute to figure out what was going on, because nothing like this ever happened before. The kid was straight up breathing on me. No, not just breathing on me, BLOWING on my hands. With her sick little germ breath. On purpose.

Kids do to some pretty messed up shit, but normally they’re only assholes in the careless sense, not on purpose. It’s the reckless abandon that I love about them. But this was spite. This was "psychopath in the making" level action.

I tried my best to carry on, feeling little bits of spit fly out of her mouth as she forced air through her lips, like a wheezy little spawn of Darth Vader.

It was the loudest, most noticeable, weather-vane-spinning exhale yet, and her father didn't notice any of this. He was lost in this phone.

I was doing my best to carry on with the lesson, without betraying my feelings, my cheeks reddening with white hot rage. Why the hell was she doing this?

And this time there was no doubt about the direction. I felt the warm wet droplets settle on my shirt sleeves, and I slid away from her on the piano bench, in one stiff jerky move. Holding my breath.

“Maybe," I said, "if it’s okay, I could wash my hands really well before leaving your house?”

Grace's dad waved me off in some sort of of course gesture.

Her mother, in the other room the whole time, half-listening but fretting, was embarrassed and accommodating, yelling out, "Yes, of course you can."

How could a little girl have already learned to be so extremely vindictive? And what had I done to deserve this? This was a true mean girl in the making. 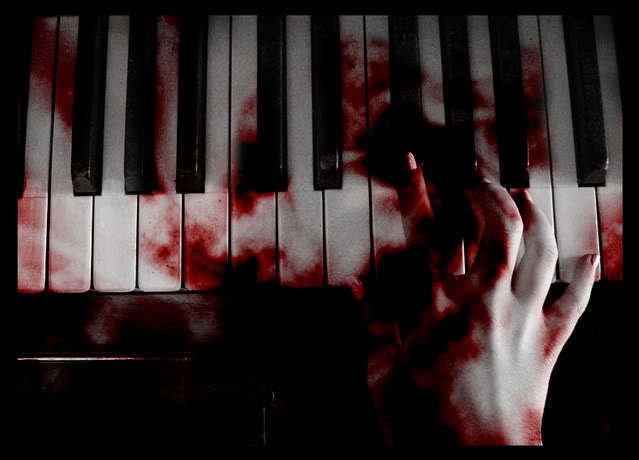 I’ve always tried to be the fun teacher. I play games, I make up silly songs and funny faces. I give the kids their own special nicknames. I give out stickers, for Chrissakes. And so far my approach has worked. I get glowing reviews in person and from my boss. But I don't do it for the praise; I do it because I love the kids.

Grace, though, never seemed happy with any of it. Once, she asked, “Do you do anything for your students?”

“Oh, uh, well...” Sometimes, I did. This year, I’d brought her and older sister Christmas cards. She’d asked me if I had candy canes, too.

“Well do you have any chocolate then?”

Seriously, kid? I’m a low paid piano teacher with a 15-year-old car, a tiny one-bedroom apartment and a salary that's probably less than your family's yearly vacation budget. It’s funny how a seven-year-old can make you feel so inadequate about your life choices. Anyway. I made some excuse about nut and milk allergies, (partially true) and left it at that.

Did her father not see this happening right in front of his eyes? Her face inched closer to my hands as I played a few measures. I pulled away. She looked at me. I looked at her, unsure.

She smiled. The devil incarnate.

I continued, trying my darnedest to get through the last of my 30 minutes with this evil little disease bag.

Really, kid? Seems like you’re having fun torturing me.

“How many more minutes are we?”

Too many, you entitled little brat.

I was to cracking and wondered how much her parents had noticed.

Grace didn't always behave this way. Last week, she hadn't been sick. Instead, the little angel had decided to scream her head off, bang on the piano keys and laugh maniacally. Dad came in the room then, too, and hadn’t been much use.

It was like the final battle cry of the privileged young.

“Well, I guess that's it for the day," I said, feeling like I was speaking to no one. “I think I’d like to wash my hands, now.”

I jerked to my feet and Grace slid off the bench, nearly knocking it over on her way out of the room. Her dad was still staring at his phone when her mom rushed in, dishtowel in wet hands, yet again apologizing for her daughter’s behaviour. 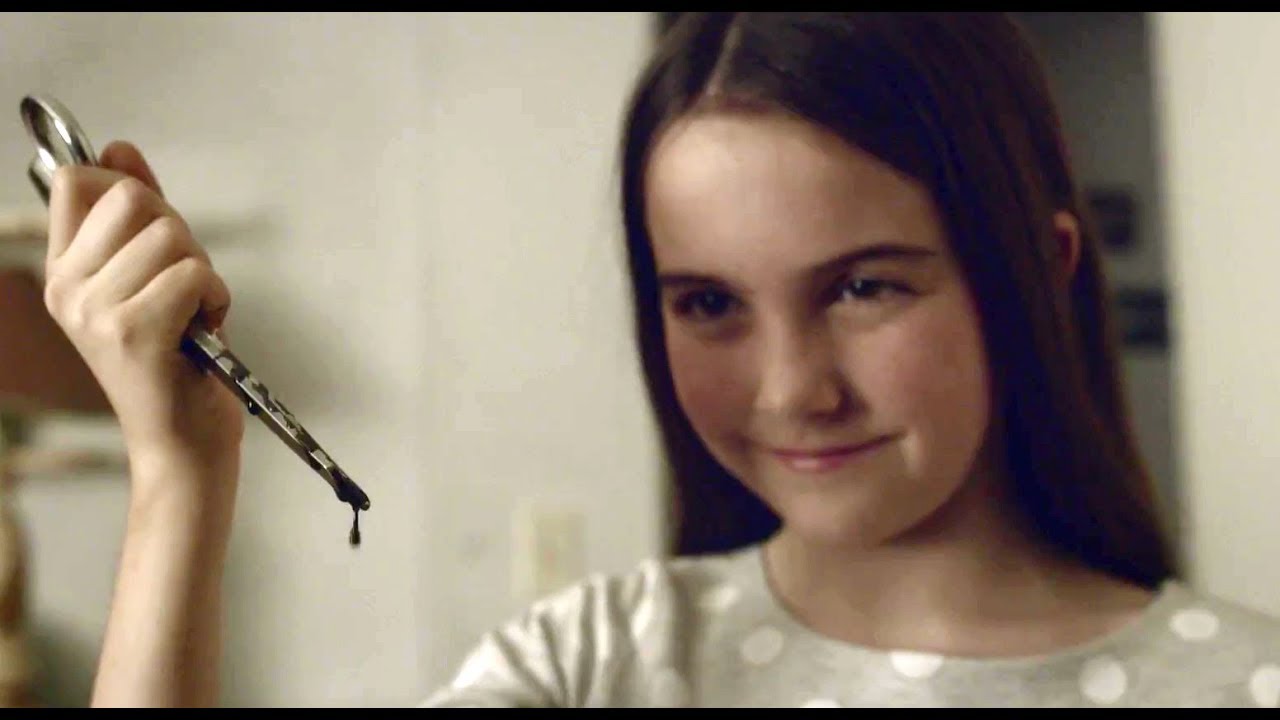 She made sure everything was clean and clear in the bathroom before I used it, like it would make any difference now. I held my hands under the warm water and lathered every inch of my fingers and wrists. I’d recently started the routine of humming happy birthday twice to make sure I was washing long enough, but today I wasn't in the mood. I dried my hands on the clean towel she'd left for me and walked to the door. She opened it before I had the chance to pull on my boots.

I had a few minutes to drop by a pharmacy before my next lesson. I knew that I wouldn't always get the chance to wash my hands between houses, and thought this might be a good idea. I searched and searched the shelves before approaching the counter.

We exchanged a little laugh together, me and the pharmacist.

“I guess I shouldn’t be surprised!”

I went to the grocery store. Out. The dollar store. Out. I talked to another parent who said she’d been everywhere in town and couldn’t find any, either. But she told me how to make your own with aloe vera gel, alcohol, tea tree oil and a couple of other things to make it smell nice.

I went to another drugstore, a bigger one this time. The spot where aloe vera gel had been was empty. No rubbing alcohol either. No antiseptic wipes. And of course no hand sanitizer.

Angele Cano lives between Hamilton and Yellowkife. She writes and teaches piano, though these days, does her teaching online.