“In the Eye of Deception” by Nikki Rosen, reviewed by Rose McCormick Brandon Nikki Rosen stuffed her history of abuse, addictions and emotional pain into a closet, slammed the door and started a new life. “I didn’t want to tell my story,” Rosen admits, “but I felt I had to tell the truth of what happened to give hope to others.”

Opening one’s soul and pouring truth onto a page is a difficult process. Rosen draws the reader into her dark past: As a child she struggles to hold onto reality while suffering severe emotional abuse. As a teenager she roams dangerous streets alone, addicted and impoverished. Her longing for family leads her to join a cult. There, she’s repeatedly raped and threatened.

Rosen takes the reader into the secret back rooms of a cult. She shows how the cult’s leader uses charismatic power to deceive his followers. Intelligent people stand by in silence while their self-proclaimed guru commits sexual crimes. The leader controls their money and family lives while providing less than minimal living conditions. Rosen shows more fight than most but isn’t immune to the seductive power operating through the cult’s leader. She escapes but not to a better life.

At her messiest, Rosen meets God. “Nothing,” says Rosen, “had been able to break the chains that kept me living on the edge. Nothing except the gentleness of His touch.”

In an instant, she loses her desire for drugs. But her self-abusive habits remain, and these take years to overcome. The book becomes mildly tedious in the chapters devoted to therapy sessions. Rosen’s honesty sometimes jars the reader.

She eventually became a social worker, and at one point she’s counseling others by day and cutting herself when home alone at night.

After Rosen meets God, He becomes a main character in the story. Her gratitude to Him flows through the remaining chapters. She makes many statements like this one: “Drug rehabilitation programs, the psychiatric system, therapists and even prison couldn’t shake me free from the pain and oppression that lived in my heart. Only God was able to do that.”

In the Eye of Deception delivers hope not only to the mentally ill, drug-addicted and destitute, but to their families, as well. Readers will view these lost ones with new compassion. We’ll wonder, if handled with care could this person become another Nikki Rosen.

In the Eye of Deception by Nikki Rosen, won the Word Guild 2010 Award for best memoir.

Rosen’s book is available in many book stores and also through the author’s website http://www.gentlerecovery.webs.com/ 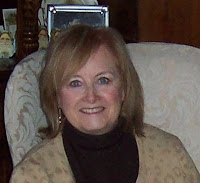 Rose McCormick Brandon is the author of personal essays and articles on faith and family. She also writes devotionals and contributes to book compilations such as Grandmother’s Necklace, recently published for the Stephen Lewis Foundation. She lives in Caledonia, Ontario, with husband Doug. They have three children and two grandchildren and occasionally co-author articles on finances. They enjoy time at their cottage on Manitoulin Island.