InkWell Management is a large New York agency. It was formed in 2004 through the merger of Arthur Pine Associates. Carlisle & Company, and Witherspoon Associates. Inkwell handles both fiction and nonfiction, literary and commercial literature, adult and young adult books.

InkWell says: "We offer the all-round service of a large agency, while maintaining the intimacy of a boutique. We work together as a close-knit team, ensuring that each client has every advantage at all stages of the process, from inception to publication and beyond."

Nathaniel Jacks graduated from Columbia University in 2003 with a BA in literature. He represents a variety of writers and is also InkWell’s contracts manager. He welcomes submissions in most categories, including fiction (literary and commercial, women's, young adult, historical, short story, among others) as well as memoir, narrative nonfiction, biography, travel, religion, entertainment, food & wine, history, humor, current affairs and business. Email: nathaniel@inkwellmanagement.com
Jacqueline Murphy started with InkWell in 2011. She has been engaged in acquiring and shaping important ideas defining the global business culture for nearly two decades, most recently as Editorial Director at Harvard Business Press.She's held senior-level editorial positions at Perseus Books, Bloomberg Press and John Wiley & Sons.
Her interest and expertise is in developing breakthrough concepts for wide impact and broad appeal. She's acquired and edited bestsellers such as The Cluetrain Manifesto by Christopher Locke, et al., Groundswell by Josh Bernoff and Charlene Li, and Iconoclast by Gregory Berns.

A writer herself, she has ghosted a number of books, including a bestselling novel, and is the credited co-author of Candice DeLong’s memoir, Special Agent: My Life on the Front Lines as a Woman in the FBI and the New York Times bestseller A Paper Life by Tatum O’Neal. Elisa joined Inkwell Management in 2006 in the dual role of agent, developing her own list of clients, and content-development specialist, helping all Inkwell authors to develop book ideas, effective proposals, and strong manuscripts. Email: elisa@inkwellmanagement.com 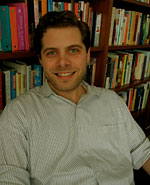 Charlie Olsen attended Rider University, where he earned a B.A. in Print Journalism. Prior to joining Inkwell, he covered a beat at a newswire in the District of Columbia and wrote for two newspapers in New Jersey. Among others, he represents Andrea Cremer and Maureen McGowan. Email: charlie@inkwellmanagement.com


I've provided emails for these agents, but according to InkWell's website, all queries should be emailed to: submissions@inkwellmanagement.com
Full submission guidelines here.

Brian Henry has "Writing for Children and Young Adults" workshops coming up on on April 9 in Peterborough (see here), and on April 10 in Kingston (see here).

He will also be leading: "From the Horse's Mouth ~ Strategies for Getting Published" at Ryerson University in Toronto on May 7 (see here).