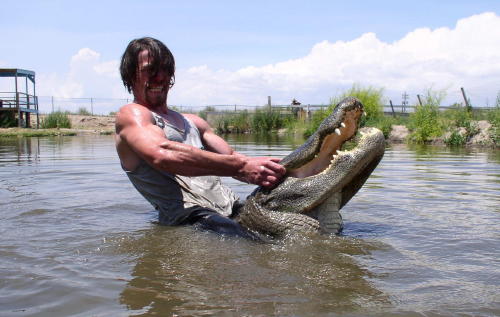 The buzz of his phone scratched his hip from a pocket somewhere under his Kevlar waders. It was absolutely typical that she’d call now, he thought as the gator writhed in his arms like a slimy column of muscle layered in tree bark.

He fumbled for the zip ties looped at his left wrist for easy access but the gator’s well-timed flop made him miss. A trickle of sweat made it past his eyebrows and stung eyes already half-squeezed shut against the spraying swamp water and the drowsy bayou sun. The phone buzzed again.

The gator, as if in answer, launched itself into a powerful set of zig-zagging shakes designed to dislodge the irritating, sweaty man clamping its jaws with one hand. Its dangerous, pig-trotter claws flailed for purchase.

If John could just … get … this creature’s snout zipped and land it in the truck bed, he could make a date with his own damned wife… But the gator was not cooperating.

The phone was a mosquito biting at his ass. Enough, already. Grunting with the effort, he flopped back out of the shallow water, dragging the surprised gator back on top of him and silencing the phone as their collective weight landed on it. The gator’s shock at being flipped endwise over its own tail gave John the second’s pause he needed to slip a zip tie around its snout and ratchet the razor-toothed jaws firmly together.

John rolled the gator’s weight off his chest and kept it going, log-rolling the creature all the way onto its back again. Its tiny, armoured eyes glared spitefully. He scrambled up, stretching his aching back, and planted one boot on the gator’s belly to keep it from regaining its feet. He bit into a filthy fingertip of his right glove to pull it loose, the glove’s stink of swamp and gator too familiar to even notice, then rummaged in his waders like a bum scratching an itch to retrieve the phone.

The tidy stack of missed calls greeted him. He poked at the call-back button, hands clumsy with fatigue.

“I want a divorce,” she answered. 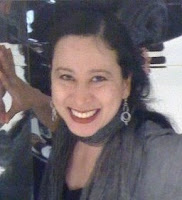 Janesse Leung is a competitive kickboxer, aspiring writer and artist and reformed lawyer turned online communications professional. Her favorite writing topics include fight scenes, awkward but romantic moments and anything involving dragons. She blogs sporadically at http://www.sharawadgis.com/ and Twitters as @sharawadgis.


For information about Brian Henry's creative writing courses and writing workshops in Toronto, the GTA, Ontario and beyond, see here.
Posted by Brian Henry at 6:12 AM