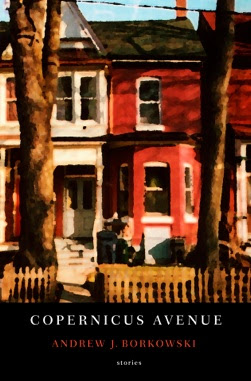 “When a Pot Is An Angel of God”
For thirty years I’ve lived in Toronto’s Polish district, centred around Roncesvalles Avenue, a street that teems with paczkis, perogis, strudel, cabbage soup, and fading memories of an old war. Some time ago now, I witnessed these memories come to life on the porches and front yards of my neighbours; sudden furious outbursts of rage, usually in Polish but not always. Angry accusations followed by counter accusations, very elderly women gesticulating, screaming even, at some other very elderly person, male or female.

Years later, researching a piece on the Katyn Monument which stands at the foot of Roncesvalles, I visited the local High Park library and encountered the conflict again. For decades the world had allowed a fiction to take place around that terrible event, insisting it was German soldiers who took 30,000 Polish officers, hands bound and in pairs, and murdered them in the Katyn Forest. It was, of course, the Soviet Union, not the Germans who perpetrated this atrocity, and it would take forty years for the Soviet Union, to admit it.

In the High Park library which contains a large number of Polish language titles, I found two books, in English, about the Katyn Massacre. When I opened them, the shouting and the anger that had taken place on those front lawns was taking place all over again, this time on the pages in front of me. Every page of each book was defaced with furious markings, “Lies, lies, lies …. Nazi propaganda… Nazi pigs…Russia swine…” I can only assume that the scribbles written in Polish carried the same message. The battle raged on in these pages, literally between the printed words. One defacer would be answered by another, only to be answered in return. It was an unpleasant experience and seemed to undermine the integrity, even of reading.

It is those memories of war and devastation that lie, barely, beneath the surface of Andrew Borkowski’s first collection of stories, Copernicus Avenue. Set implacably and exclusively here, on these streets, in these staid houses, we encounter men and women struggling to stand up beneath the weight of memories that are frankly unbearable.

It is a tribute to these stories that this horror is made apparent to the reader not by the recitation of despicable acts, but by the struggles of the characters themselves to simply live with all of this swirling around inside them. Only once, in the haunting lead story “The Trees of Kleinsaltz” does that buried fury break out; it is a terrifying moment, as if the character in the story has himself reached out from the page and struck you in the face.

The danger of packing this much power into the first story of any collection is that the reader will come to expect it in the next one and the one after. This rarely happens in any book, and it does not happen here. It is it not meant to. What happens instead is a nuanced re-examination of average folk in a typical Toronto neighbourhood, one that has been wounded by history, but really is just a neighbourhood. It is that everyday quality that gives these stories their dignity, the steady investigation of the lives of the men and women who hold insufferable memories; the embattled widow who turns unfathomably on the children she is babysitting and cries,

“You think I am crazy when I tell you a pot is an angel of God?”

In the end, we do not think she is crazy at all. We think that she is someone who, against all odds, has managed to cling to her sanity.

Peter Unwin is the author of four books, The Rock Farmers; Nine Bells For A Man; The Wolf’s Head: Writing Lake Superior, and most recently, Hard Surface; In Search of the Canadian Road. He is a longtime Toronto resident (living in the Republic of Parkdale) and a longtime friend, and colleague of Andrew Borkowski. Together they constitute two thirds of the spoken word musical trio; Zero Horse Town, which also features Brantford guitarist Dave Dafoe. Their first full length album “Broken Book,” is available on iTunes here. The video for “Broken Book” can be viewed here. Peter is also the inventor of the world’s first “Book Launcher,” a device that helps the author dispense with tedious and predictable book launch speeches. It can be viewed here.