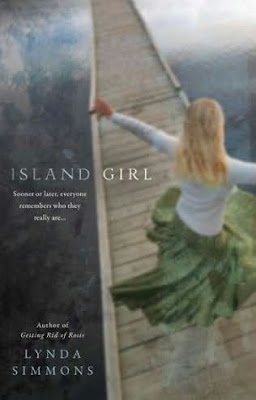 The more I learn about the craft of writing the more critical a reader I become. But with Island Girl, the latest offering from Lynda Simmons, I was mesmerized from the first word to the last.

How would you put your house in order if suffering from a terminal disease? The question is not a new one, but Simmons, true to her style, offers a twist. Ruby Donaldson isn’t terminal, but soon she will cease to exist.

Ruby’s memories have become as elusive as the waves that pound the shore of Ward’s Island. Stoic, proud and isolated, the island, and Ruby, are a short ferry ride from Toronto’s city centre. Ruby is a monument to control. Control drives elder daughter Liz to the bottle, control keeps younger daughter Grace a prisoner, control keeps Mark, Ruby’s former lover, at bay.

As Alzheimer's, ‘Big Al’, seeps into her synapses and snaps her brittle connections, Ruby’s mind drifts like an abandoned oar on the water. The loss that began as a trickle quickly becomes a torrent. Big Al wreaks havoc; the resulting lack of control tears Ruby’s masterfully constructed bubble apart.

Ruby is a fighter. It is her birthright, but as determined and headstrong as Ruby is, this is a battle she cannot win. Big Al is relentless. His campaign to take over her mind moves Ruby to resort to strategies she’s never considered. She learns to soften, she accepts that not all battles are worth the collateral damage. She gives in to love. But while Ruby is still Ruby, she makes sure that Big Al will not have the last word, no matter the cost.

You may not agree with Ruby, you may not even like her, but in the end, you may understand her a little bit more. Ruby, her family, her island, her battle and her decision will linger like a reluctant sunset sinking slowly into Lake Ontario. 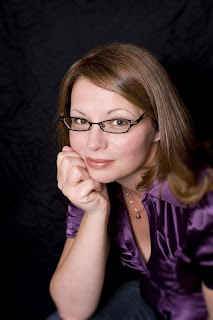 Sherry Isaac has published several pieces in Quick Brown Fox. You can read one of her short stories here and other book reviews by Sherry here, here, here, and here. She’s also been published in The New Mystery Reader and in Canadian Voices, Volume One. Her short story, “The Forgetting,” placed first in the Alice Munro Contest in 2009. Her first short story collection, Storyteller, will be released July 2011.  Visit Sherry's website here.