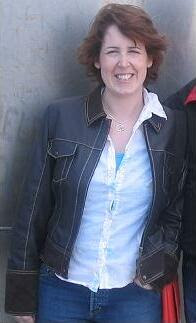 Kelley Armstrong is the only one of my students who has been on the New York Times bestsellers list more than once and the only one who's been in the number one spot. As Kelley will be my guest speaker at the upcoming "How to Write a Bestseller" workshop (details here), I thought it was a good time to give an update on her latest releases:

Waking the Witch, a supernatural thriller for adults, came out in hardcover last summer and shot up the bestsellers lists. Now it's available in trade paperback.

Waking the Witch tells the tale of Savannah, a powerful young witch with attitude.  Savannah has never been able to resist the chance to throw her magical weight around. But at 21 she knows she needs to grow up and prove to her guardians that she can be a responsible member of their supernatural detective agency. So she jumps at the chance to fly solo, investigating the mysterious deaths of three young women in a nearby factory town. At first glance, the murders look garden-variety human, but on closer inspection signs point to otherworldly stakes.

This August, will see the worldwide release of Kelley's twelfth novel, Spell Bound, a follow-up to Waking the Witch. 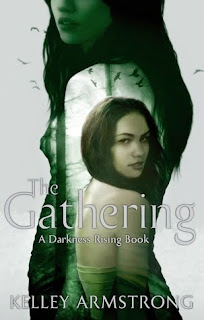 On the heels of the wildly popular "The Darkest Powers" series, Kelley has released, The Gathering, the first in another supernatural Young Adult trilogy.

Maya lives in a small medical-research town on Vancouver Island. How small? You can't find it on the map. It has less than two-hundred people, and her school has only sixty-eight students – for every grade from kindergarten to twelve.

Now, strange things are happening in this claustrophobic town, and Maya's determined to get to the bottom of them. First, the captain of the swim team drowns mysteriously in the middle of a calm lake. A year later, mountain lions start appearing around Maya's home, and they won't go away.

Her best friend, Daniel, starts getting negative vibes from certain people and things. It doesn't help that the new bad boy in town, Rafe, has a dangerous secret – and he's interested in one special part of Maya's anatomy: Her paw-print birthmark.

I'm under orders from my daughter, Emma, to bring home a signed copy of The Gathering from the workshop June 18.