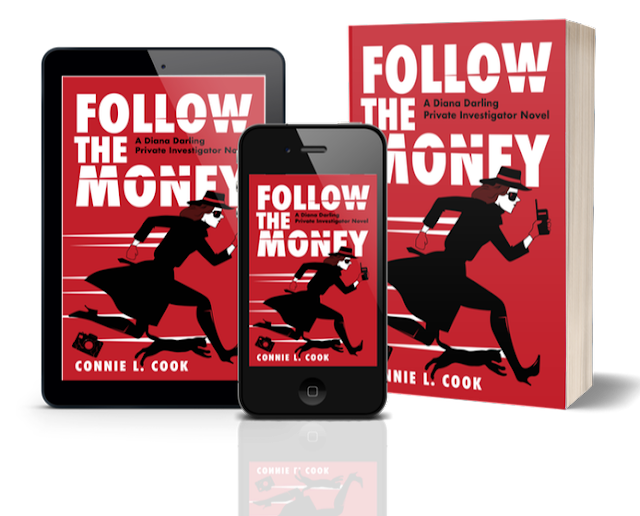 I couldn't have done this without your classes and the wonderful writing colleagues I met along the way!

While on her first case investigating an extramarital affair, Diana collides with bona fide Private Detective James Woods. As it turns out, Diana and James are on the same case—just from different sides. The ongoing investigation intertwines their lives, as Diana and James go undercover at a couple’s retreat, witness a church shooting, visit a strip club frequented by seniors and bikers, and eventually follow the money to the Cayman Islands.

Connie Cook is a retired Registered Nurse. She enrolled in one of Brian’s creative writing classes and has been writing ever since. Her short stories have been published in Chicken Soup for the Soul, Pacific Magazines, Feminine Collective, and she wrote a weekly children’s fiction column for the Guelph Mercury. Connie lives in Lynden, Ontario, with her two black cats who edit her writing by walking across the keyboard. Like her heroine, Diana Darling, Connie completed an online private investigator course, though, unlike her heroine it was just for background research. Connie is currently working on a sequel that takes Diana and James to Las Vegas.

Follow the Money is available in paperback, hardcover or Kindle from Amazon here or as a Kobo e-book at Chapters here.