Online How to Get Published workshop with literary agent Paige Sisley, Saturday, Nov 27

Special Option: Participants are invited to prepare a draft of a query letter you might use to interest an agent or publisher in your book. You don't need to prepare anything, but if you like, email me a draft of your query prior to our workshop. Paige and I will critique several queries, perhaps half a dozen, so everyone can see what works, what doesn’t and how to improve your query. Do remember that agents come to these events wanting to hear what you’ve got and hoping to find authors they want to represent.

Guest speaker, Paige Sisley, is a literary agent with the CookeMcDermid agency.

CookeMcDermid represents more than 300 writers, among them Man Booker nominees, Giller and Governor General’s award–winning authors, prize-winning journalists, New York Times bestsellers, international authorities in their field, and some of the literary world’s most notable names. 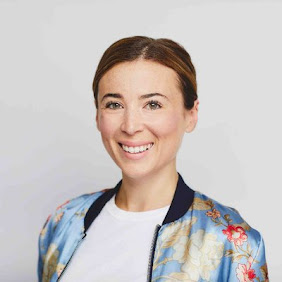 Paige joined CookeMcDermid (then The Cooke Agency) in June 2013 following an internship. Paige has her Master of Arts from Ryerson University's Literatures of Modernity program and a Bachelor’s degree in English from the University of King's College and Dalhousie.

Paige is currently building her list as a keen and market-focused reader. When it comes to fiction she is looking for smart, well-written commercial novels that both entertain and have something to say (e.g. Liane Moriarty's Big Little Lies and Eliza Kennedy’s I Take You). She’s seeking books that can compete with Netflix for people’s time, but that someone like Reese Witherspoon might in turn be interested in adapting for Netflix.

Paige also represents nonfiction books in the lifestyle and health and wellness space. In both categories, Paige is attracted to books that enhance lives, either through a practical application or by shifting and expanding their reader’s worldview.

When Paige’s head isn’t in a book you can find her baking, at a concert, or simply watching the world go by in her busy downtown Toronto neighborhood. A born and bred Torontonian, Paige loves to travel and has also lived in LA, a sleepy New Zealand surf town, and Halifax, Nova Scotia. 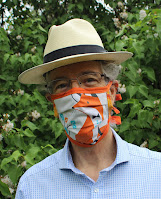 Workshop leader Brian Henry has been a book editor and creative writing instructor for more than 25 years. He publishes Quick Brown Fox, Canada’s most popular blog for writers, teaches creative writing at Ryerson University, and has led workshops everywhere from Boston to Buffalo and from Windsor to Charlottetown. But his proudest boast is that he has helped many of his students get their first book published and launch their careers as authors.